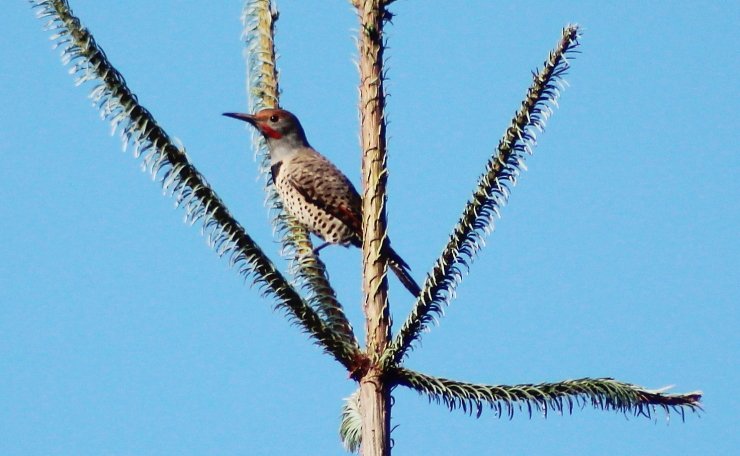 One of the ways I could describe the unique mix of birds I can see here in southwestern Mexico, would be to divide our species into five categories. The invasive species are few, but, unfortunately, very numerous. Our endemics are many and wonderful, but mostly not all that common. You have to know where to look for them. We also have many species that we share with the rest of Mexico, Central America, and/or the southwest of the United States. Fourth, a significant number of migratory species visit us in the winter, most from western North America, but a few from the continent’s eastern side.

But there is a final group of species here, about which I have not written very much. These are birds that are more related with the far north, but that somehow have resident populations here in Michoacán, farther south than Puerto Vallarta or Cancun.

Some of these species even have the word “Northern” in their common names in English. I feel lucky when I see a Northern Flicker, but they are present here, though rare, year-round. Our highland Pygmy-Owls are Northern as well, unless you subscribe to the taxonomy that separates them into the mostly-Mexican Mountain Pygmy-Owl. And, despite the presence of our common endemic Blue Mockingbird, many of our Mockingbirds are Northern. 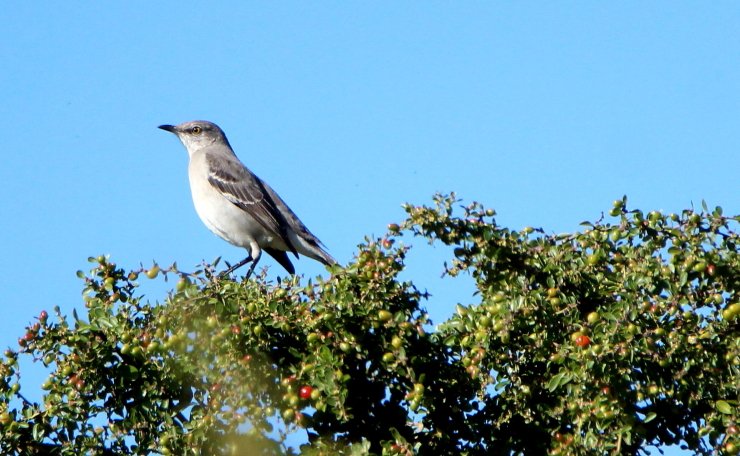 Photo from our church, here in Morelia. All photos in this article are from within an hour of that city.

A couple of our residents birds are not “Northern”, but “Eastern”, despite Michoacán being on the Pacific side of Mexico. Eastern Bluebirds and Eastern Meadowlarks are both surprisingly common here. Oddly enough, I can also see Western Bluebirds in central Mexico, but only by travelling east: into the neighboring state of Mexico. Western Meadowlarks can supposedly be found here in the same range, but all the Meadowlarks I have seen seem to be Eastern. (That probably says more about my birding abilities than the presence, or absence, of the almost identical “Western” species.) 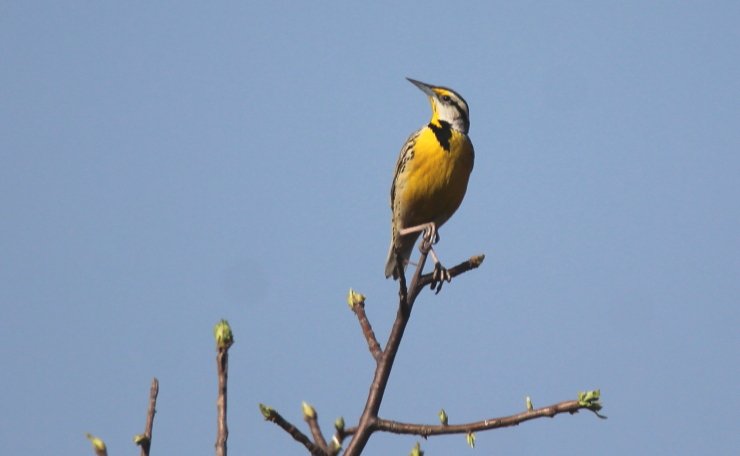 Northern birders who visit southwest Mexico will probably want to see our endemic Rufous-backed Robin. But they will have to look in the right place, or they may have to go home with just another sighting of an “American” Robin. 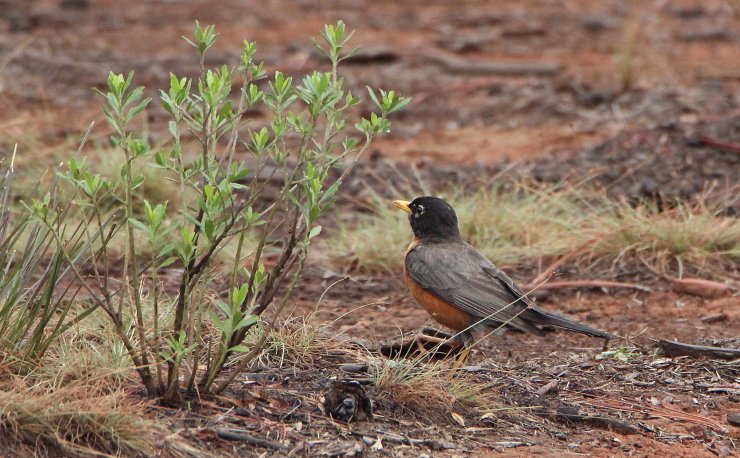 As you can see from all of the above species, there are some serious problems with English common names for birds, once one steps outside their northern context. Some may attribute the current interest in changing common names for birds to political correctness. But, once you bird beyond the U.S. and Canada, you will begin to appreciate how much real confusion arises outside the narrow cultural context from which these names arose.

A less problematic, but interesting, case would be that of the Steller’s Jay. Georg Wilhelm Steller gave his name to five Alaskan species in the 1700s. All but one of these occur only in the Arctic; three are endangered, and one is now extinct. But the Steller’s Jay is also a year-round (and very noisy) resident of Mexico’s highest forests, and can be found all the way south to Honduras. 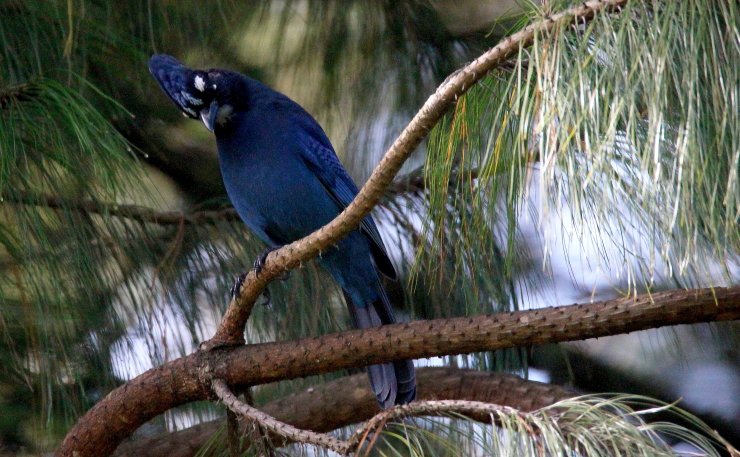 While they present no problems with their common names, I should give honorable mention to some other species. You might think of the Hairy Woodpecker, Red Crossbill and Pine Siskin as birds of the far northern forests, but they are all residents of our higher coniferous forests as well. Horned Larks can be found all the way up to the shores of the Arctic Ocean, but I also see them by the marshes of Lake Pátzcuaro. Brown Creepers and White-breasted Nuthatches are common in our pine forests, although I have only seen the Pygmy Nuthatch in Mexico state. The American Dipper lives and breeds along our cleanest mountain streams… or so they tell me. I have yet to have the thrill of seeing one. 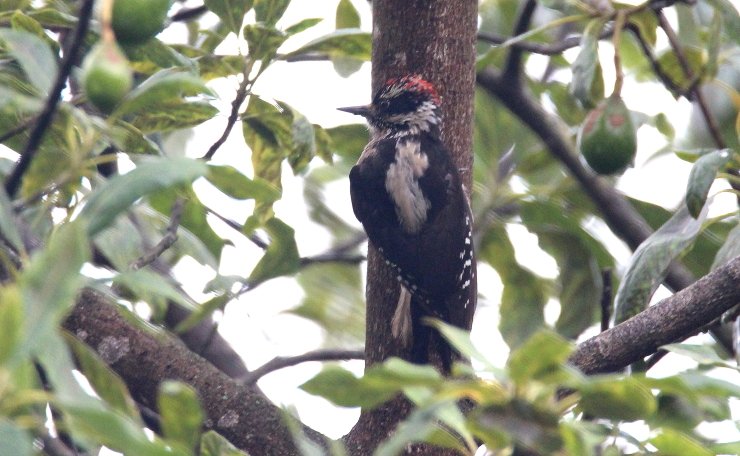 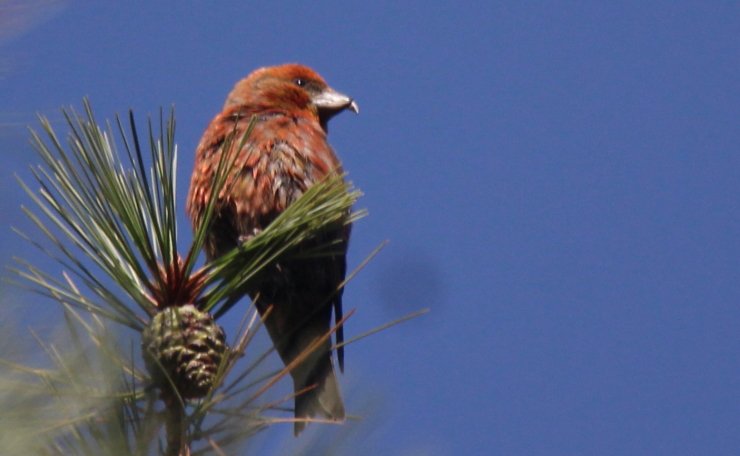 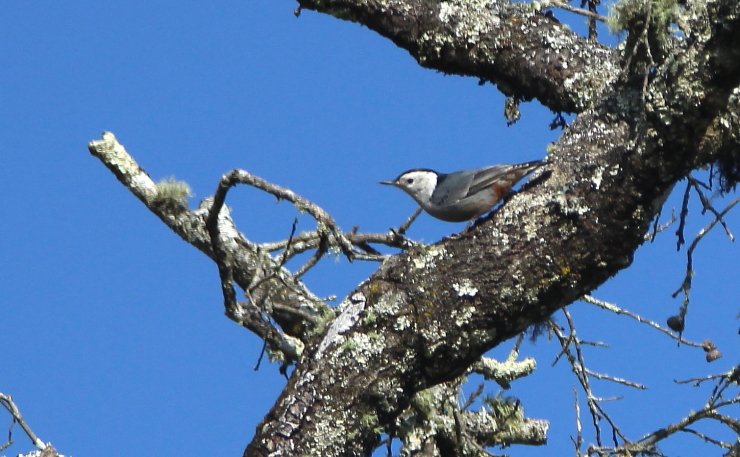 I’m sure there are more examples that have slipped my mind. But I will end with the Song Sparrow and Ruby-crowned Kinglet, two species with particularly interesting distributions. Their main populations occur far to our north, barely crossing the Mexican border, and are migratory. But each has a non-migratory population on the Trans-Mexican Volcanic Belt, far to the south. Perhaps these species were pushed south during the ice ages, and a remnant population remained when their populations moved back north? 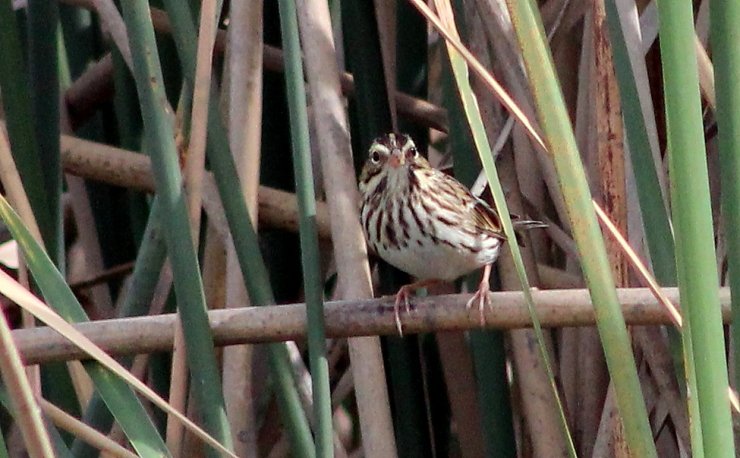 All in all, this variety is part of what makes birding Mexico so interesting. I have a special love for our endemics, but our northern birds are a wonderful addition to the mix.

Best Bird of the Weekend (Second of December 2009)