Kenn Kaufman’s Flights Against the Sunset Kenn Kaufman is a birding celebrity. He is well-known not only for his field guides but also for his North American Big Year, famously described in his memoir, Kingbird Highway, in which he describes his hitchhiking, cat-food eating, country-criss-crossing attempt at breaking the Big Year record (he did, but another birder beat the record by even more in the same year). He is also a conservationist, tour guide, magazine-article writer, and, by many accounts, an all around good guy. But even good guy birding celebrities have family and all the positives and negatives that family brings with them.

His latest book, Flights Against the Sunset: Stories that Reunited a Mother and Son, is based around not only his birding adventures, but around his seriously ill mother. The book is a series of tales of Kaufman’s experiences while birding, some real, some make-believe, as told to his mother while she was hospitalized. It is touching and funny, sublime and ridiculous, introspective and outward-looking. Most of all it is a tribute to his mother who “never had a good night’s sleep” when Kaufman, as a teenager, was on the road doing his Big Year.

The themes of some chapters will be familiar to those who, like me, read a lot of bird literature. One chapter called “Supercool” focuses on hard-core birders who are so intent on adding check marks to their lists that they ignore the common birds, and even the not-so-common birds, that they have already seen. Another describes the amazing spectacle of thousands and thousands of flamingos in Africa. But even though the choice of topics might be familiar Kaufman manages to make them interesting and one can almost feel what I imagine must be his engaging personality come through the page. As he says at the conclusion of the opening chapter:

This was no time for the dry details of ornithology. My subject matter would have to come from that frontier where the world of birds intersects with the world of the humans who pursue them.

Kaufman manages to stay true to this ideal, avoiding discussions of tertials or other mind-numbing details of avian topography and focusing instead on the experiences of a lifetime of birding both alone and with a host of birders and non-birders. He also turns introspective, meditating on his mother’s life and how her marriage at a young age limited her horizons but allowed him and his brothers the chance to fulfill their dreams.

Perhaps my favorite chapter in the book is when he describes his thirteen-year-old self on a “date” with the prettiest girl in his English class. Instead of paying attention to her he pays attention to an unfamiliar buzzy bird song. Even when he compliments her it is in terms of birds, comparing the color of her hair to a Buff-breasted Sandpiper. Rather than make a move and get his first kiss while they sat on a river bank under a willow tree he winds up distracted by bird song and left with the birds (a decision which he doesn’t seem to regret).

Some books of essays and articles lack a unifying theme that makes the book work as a whole. This is not one of them. The chapters in which Kauffman tells his birding tales are interspersed with meditations on his mother, his family, and how he became a top notch birder. There are also the matters of flying penguins and whether or not Kauffman’s mother is right about Black-capped Chickadees being in her backyard. Having his relationship with his mother as the central theme in the book frees Kauffman to take flights of fancy in a couple of the stories he tells, especially the one about the birding motorcycle clubs.

All-in-all this slim volume is worth owning. It would make a perfect Mother’s Day gift, especially if you were fortunate enough to get into birding young and have a long-suffering mother who gave you rides to see rarities. I’m a quick reader so I finished it on a couple of subway rides but I have a feeling I’ll be returning to it to reread some of the sections that really struck home. If how Kenn Kauffman turned out is any indication of what kind of person his mother is then she must be one heck of a lady! 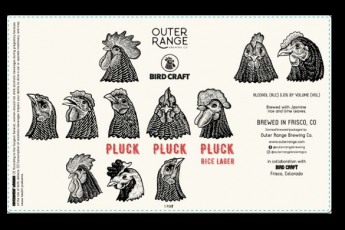