What you won’t see in any travel brochure: “Watch magnificent birds of prey that have flown the length of Europe blasted out of the sky. See those that only have their legs blown away die slowly from being unable to land. Marvel at the rubbish-strewn, lunar landscape, stripped of vegetation by bird-trappers. Endure the dark, hostile scowls of the locals.”

Outside the thin veneer that is Valletta, Mdina and the tourist resorts, this describes an autumnal week in Malta – the environmental hooligan of Europe. The rest of the continent now invests time, space and money for migrant raptors to come and breed in relative safety, so they’re our birds, born in our lands. And they are European business, which is why BirdLife will keep its Raptor Camp in Malta, welcome or not.

I joined the Camp for a week and experienced the full horror of watching one of “my own” go down on the afternoon of Tuesday, September 15. This date, apparently, marks the start of the 3 o’clock hunting ban. My little team of observers had been enjoying peace at the Mtahleb killing fields. So had a flock of bee-eaters, without fear of their gorgeous plumage being ripped to shreds by assassins’ shot.

Much later even a young honey buzzard seemed safe and we admired splendid views as it sought evening refuge. It had almost dropped over the horizon when it appeared to stoop. Delayed by the speed of sound, an ensuing “crack, crack, crack” told of the cynical and illegal infanticide of yet another fledgling, barely a month out of the nest.

Although adult British honey buzzards tend to migrate over the civilised Strait of Gibraltar, later-departing juveniles may have to pass Malta to avoid the lack of thermals over the Pyrenees. I imagined this bird taking its first hesitant flaps in Hampshire’s New Forest, just miles from my own birthplace in the UK. It would have learned and strengthened fast before embarking on its perilous journey, thousands of miles south to equatorial Africa. 100 or 200 miles a day, all by raw muscle power. Across the Channel at Dover, down through France and Italy, surviving the hunters there, then Sicily, much improved these days, until its final, fateful crossing to Malta before the long, exhausting passage over the Mediterranean.

It never got the chance at that one.

Just one Maltese savage means one of nature’s beauties will never return to its homeland, my homeland. In any other war – and this is a war, declared against birds by species Fascists and ruthlessly promoted by them – we would send the army to protect our citizens. As it is, a few dozen brave, dedicated birdwatchers from all over the continent can really only monitor the situation, as helpless as UN observers.

That honey buzzard was going down whether I was there or not. But because I did see it, I will not let its death pass without effect. Nor its life. But how many others remain uncelebrated?

To get some idea I joined another BirdLife party patrolling the battlefield of Mizieb, allegedly a public space but in reality the sole preserve of nasty gun-toting types. This time the woods were silent and empty, save for a handful of hostile killers, looking like mama had just taken their favourite dolly from them. We walked past a veritable ghetto of crudely constructed shooting hides. I had the impression of passing through a deserted concentration camp, but one that was ready to jackboot to attention in a moment.

Over-dramatic? Not given the grisly evidence that has been surfacing just one week later. BirdLife and CABS have recovered 193 dead birds supposedly protected from the shooters by Malta’s own laws, in themselves the most lax in Europe.

A couple of vignettes in a week peppered by the sound of gunfire and the sight of thugs roaming the countryside, weapons at the ready. Even by the airport. Doesn’t that seem crazy? Planes from Britain, the Emirates, Egypt, Spain and other Western nations land just yards from them. Who could distinguish an Al-Qaeda operative from the “hunters”? A terrorist could position a whole arsenal by the airport without raising a single eyebrow. Imagine allowing that at Heathrow.

And the raptor slaughter is but a pinprick in the hundreds and thousands of other birds who also fall prey to hunters’ guns and traps. Want to see a finch on the island? Go look in a cage. Go look in a British cage. Seriously, you’re more likely see a Maltese bird there.

In case the Maltese government hadn’t noticed, the environment is top billing these days, right up there with terrorism. Birds are the environment, in fact one of its best gauges. To slaughter them on such an industrial scale must be the biggest act of vandalism in Europe. It’s time for the country to drag itself into the 20th century. Only then should we even consider allowing them to participate in the benefits of the 21st century Union. 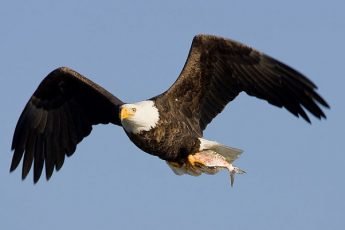 « Previous post
Where Are You Birding This Final Weekend of September 2009?
Next post »
Who Sent This Secret?