August 2, 2019 by Tristan Lowery No Comments

It’s often said that the native wild grape varieties of the New World– of the species Vitis riparia, Vitis labrusca, Vitis aestivalis, and Vitis rupestris – are ill-suited to winemaking in the European tradition. In fact, that claim may have even been repeated here on this page just last week. From the earliest days of European colonization in the Americas, attempts to make wine with native grapes proved unsuccessful; compared to the imported Vitis vinifera used for thousands of years of Old World winemaking, native grapes were fairly tart but lacking in sugars. American grapes are also known as “slip-skinned” fruits, prone to coming loose from their skins quite easily, meaning that few tannins are extracted during pressing. These characteristics make good table grapes for eating and turning into preserves but tend to produce weak wines without the necessary acidity and dryness that make drinkable, structured wines. And to the dismay of European colonists, they found their own wine grapes – once imported across the Atlantic – were susceptible to a host of deadly viticultural pests and diseases abundant among the wild American vines, dreaded afflictions like black rot, downy and powdery mildew, phylloxera, and Pierce’s disease.

Confronted with this dilemma, New World winemaking stagnated for over a century as thirsty colonists turned their attentions to cider, beer, rum, and whisky instead. But in the mid-eighteenth century, the science of horticultural hybridization produced successful crosses of Vitis vinifera with native American grapes, resulting in hardier cultivars resistant to New World diseases but with more desirable qualities for winemaking. The first of these crosses was known as the Alexander and was probably an accidental hybrid named for its discoverer, one James Alexander, who found the strange new grape growing in 1740 in the Philadelphia garden he maintained for his employer, Thomas Penn (the son of Pennsylvania founder William Penn). 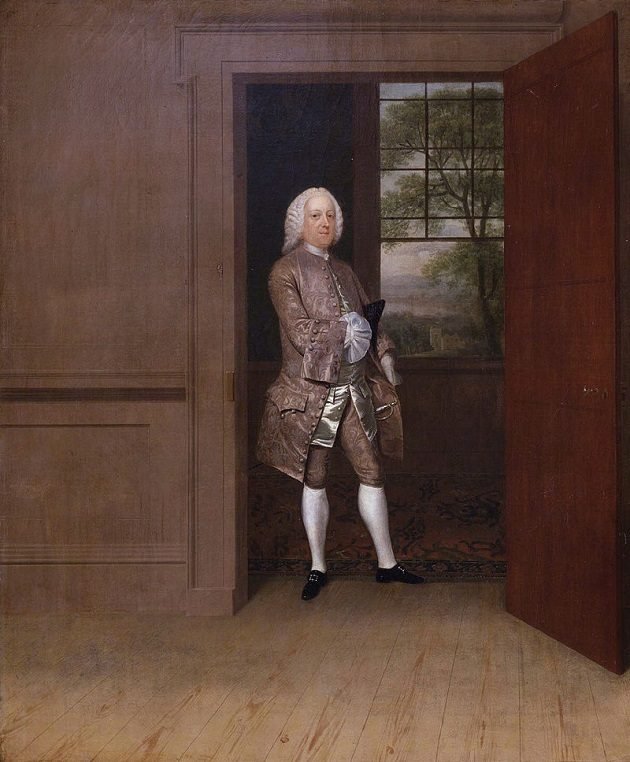 Thomas Penn, in whose Philadelphia garden grew the first known hybrid of American and Eurasian grapes, as painted by English painter Arthur Davis in 1752.

After Alexander’s happy accident, other hybrids followed, and a nascent American wine industry was born. One of the earliest varieties was a grape named the Catawba, thought to be a cross of the European cultivar known as Semillon and the wild American “fox grape” (Vitis labrusca), and apparently named after a native people from what is now the Carolinas. The Catawba was discovered in 1801 or 1802 and became the most important – and most commonly planted – American wine grape of the first half of the nineteenth century. The grape reached the height of its fame courtesy of an Ohio entrepreneur and winemaker named Nicholas Longworth, who built the first truly lucrative winemaking empire in the United States making a hugely popular sparkling Catawba wine. Longworth discovered the process of making bubbly quite by accident, but after realizing his unplanned experiment was similar to la méthode champenoise used to produce sparkling wines in Champagne, he used the coincidence to his advantage in his very successful advertising campaigns. 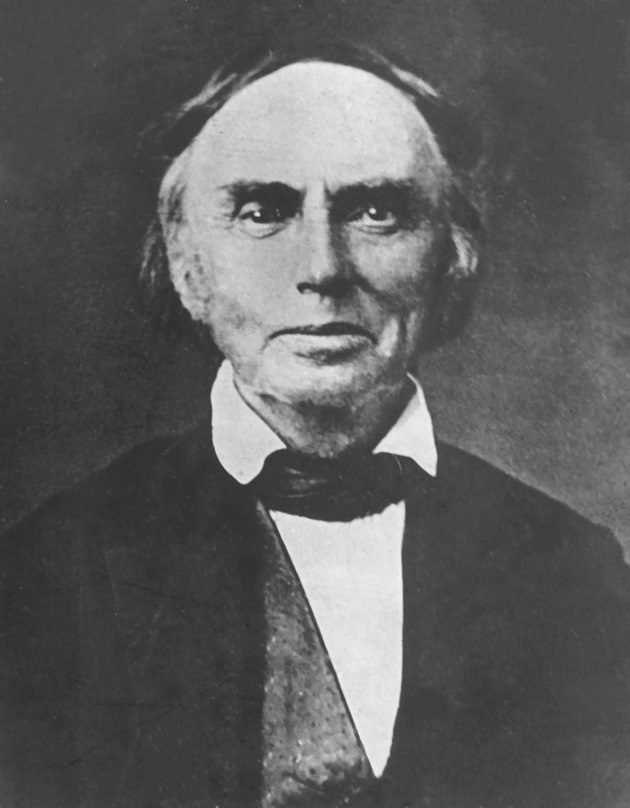 American winemaker Nicholas Longworth, the “Father of American Grape Culture” and an early champion of the Catawba cultivar.

Longworth’s Catawba wine was so revered that it even inspired an Ode to Catawba Wine “Written in Praise of Nicholas Longworth’s Catawba Wine Made on the Banks of the Ohio River” by Henry Wadsworth Longfellow in 1857. But a combination of grape blight and the American Civil War ended the primacy of Longworth’s prized grape by the 1860s, a decline quickened by the emergence of the still-famous Concord grape in 1849, which eventually replaced the Catawba entirely. 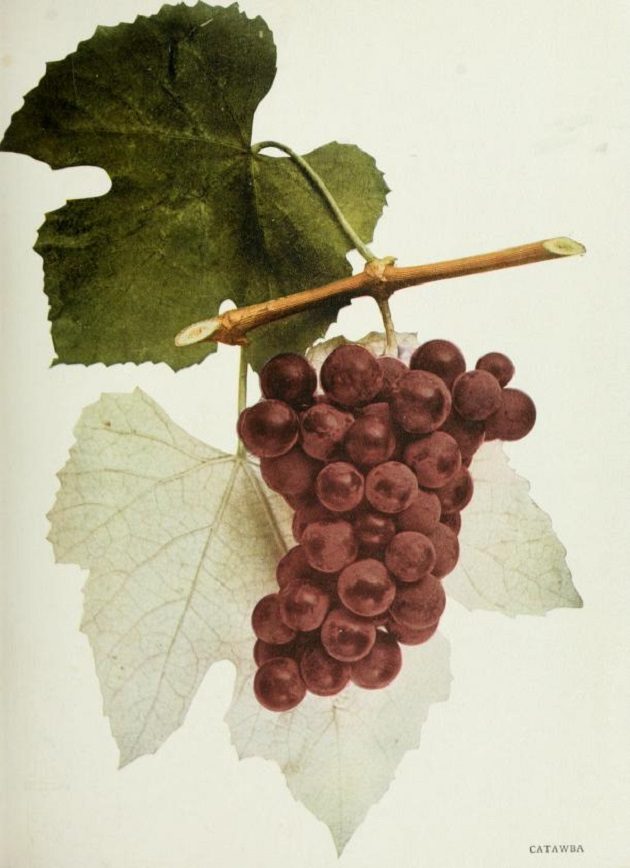 The Catawba grape, as depicted in The Grapes of New York, published in 1908 by American botanist Ulysses Prentiss Hedrick.

The Catawba and the Concord have much in common, including a shared Vitis labrusca parentage. Historically, both varieties were much used in juices, jams, and jellies, and the Concord grape – imbued as it is with a flavor American tasters think of as quintessentially “grapey” – has continued in these roles, as well as in the making of candies, soda, and other obviously grape-flavored treats. But with ongoing advances in American viniculture, neither grape is called on very often these days in winemaking: Concord grapes have been mostly relegated to the production of sweet kosher wines, while the Catawba seems used very little at all these days.

Another reason for the unpopularity of these early American grape hybrids among modern winemakers is a pronounced and pesky flavor usually referred to as “foxy”. It’s an unhelpful description until one learns that it’s meant to evoke the muskiness of an old fur coat, which makes for an odd but not entirely unpleasant aroma in wine. It’s an accepted flavor of wines made from the American “fox grape” and its hybrid descendants, though it’s an entirely unexpected flavor to drinkers accustomed to modern European wine styles.

The reason for all this early American grape and wine history is that it leads up to this week’s wine at Birds and Booze: Red Wing, a red wine from Montezuma Winery of Seneca Falls, in the northern reaches of New York’s Finger Lakes region. Red Wing is made from a blend of grapes of the Catawba and Maréchal Foch varieties. Compared to the Catawba, the Maréchal Foch is an old but still more recent hybrid of debatable ancestry, possibly involving Riesling parentage and one or more wild American species. Of French origin, the Maréchal Foch grape is named for the First World War general Ferdinand Foch, apparently for no particular reason other than he’s an important figure in history who has lots of things named for him. 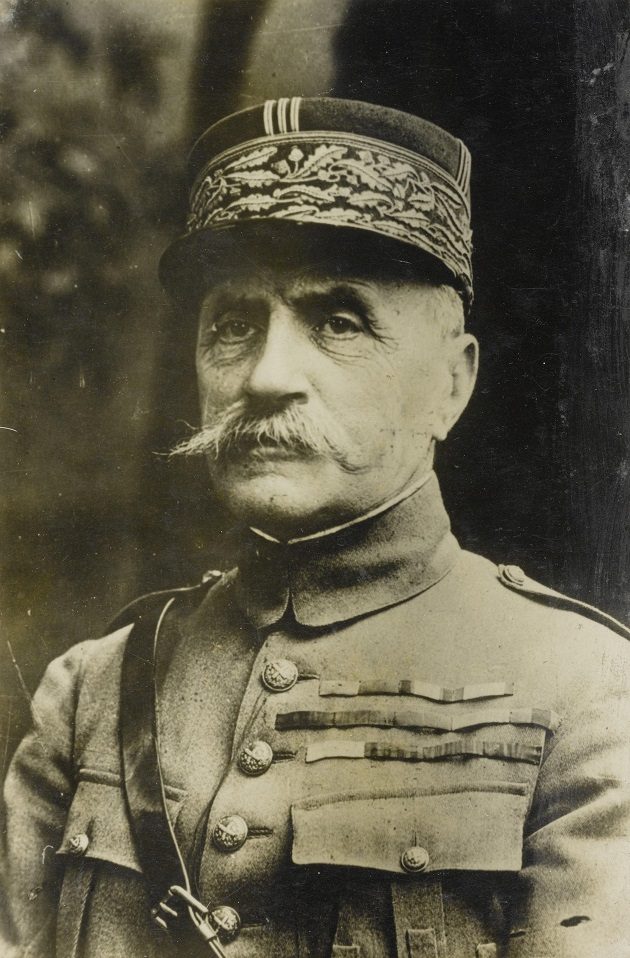 General Ferdinand Foch: grape namesake and one of the architects of the Allied victory in the First World War.

As its colorful and endearing label makes plain (if not the exact spelling of the name), this Red Wing wine is named not for the Old World thrush Redwing (Turdus iliacus), but for that beloved and abundant North American icterid, the Red-winged Blackbird (Agelaius phoeniceus). The back-of-the-bottle text notes that this species is a bountiful denizen of the nearby Montezuma National Wildlife Refuge, which lies just to the east of the winery and was one of my favorite places to visit as a child growing up in Syracuse. 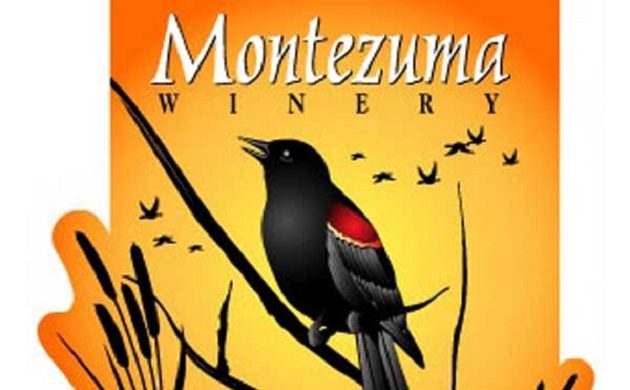 Even though they’re from my home state, I really don’t have much experience with Finger Lakes wines. Certainly, nothing could have prepared me for just how sweet this one was, though I was looking forward to tasting the infamous “foxy” flavor of the Catawba grape for the first time – at least to see how well it lives up to its curious description.

Red Wing has one of the most unusual colors I’ve seen in a red wine, a rusty, purple-tinged shade of reddish brown that would best be described as “garnet” – were it not for the fact that there’s also a color called “catawba” first recorded in 1916 that was apparently coined to describe this exact color. Catawba it is, then – a description that appears even more apt when getting a whiff of this wine: beneath an initially sweet, cotton candy aroma sits a bouquet of cherry lozenges and an unmistakably musky, almost gamey, odor for which these American grapes are famed. Far from being completely disagreeable, this “foxy” scent adds a funky, almost leathery complexity to the wine not altogether unfamiliar to devotees of Belgian lambic beers. But it can be a jarring property to those not expecting it.

Compared to the aroma, the Catawba grape’s wilder traits are tempered somewhat in the palate of Red Wing, which is undeniably sweet with blatant suggestions of grape jelly, clover honey, and blackcurrant, a trace of licorice around the edges, and a syrupy grape soda finish that benefits from just a hint of eucalyptus.

All in all, this is by no means a complex wine – Montezuma Winery suggests that Red Wing is best enjoyed served well chilled at picnics. But it does allow us a fascinating taste of a bygone hybrid grape and even a glimpse into the earliest tastes of American winemaking. 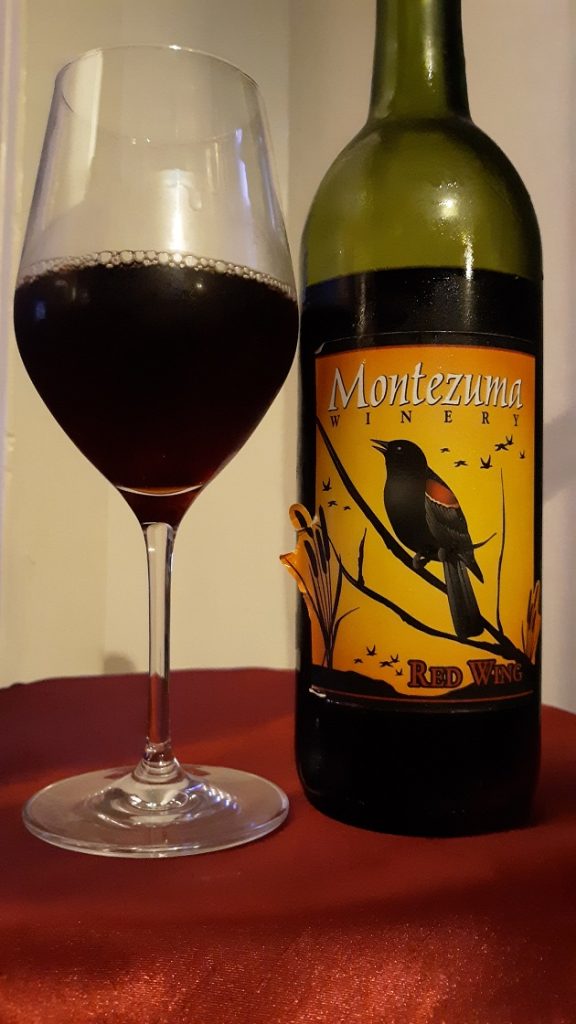 And this Song of the Vine,
This greeting of mine,
The winds and the birds shall deliver
To the Queen of the West,
In her garlands dressed,
On the banks of the Beautiful River.

Excerpt from Ode to Catawba by Henry Wadsworth Longellow.

Two out of five feathers (Fair). 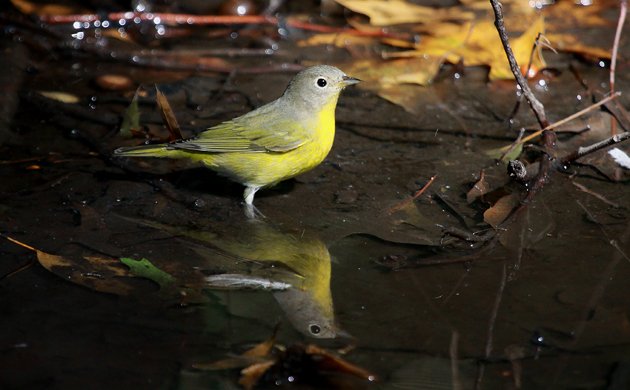 Best Bird of the Weekend (First of October 2013)

Where Are You Birding This Fourth Weekend of September 2012?

« Previous post
Where Are You Birding This First Weekend of August 2019?
Next post »
Analogue vs. digital birding