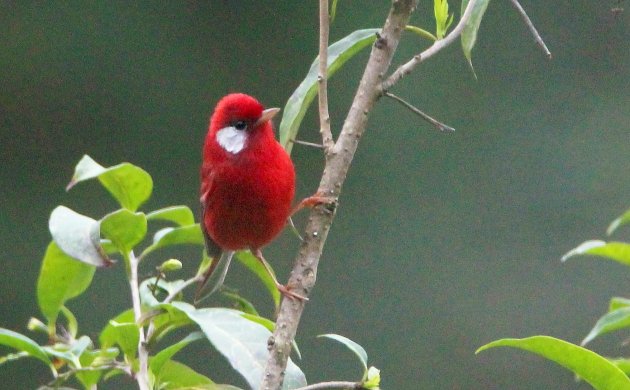 One of the many things I love about Mexico is the quality of its “trash birds”. You may have heard that phrase among birders; it refers to whatever species is so common at a given site that you become tired of seeing them. If you are deeply unlucky, or need to improve your list of birding sites, your trash birds may even be too-common invasive species, like House Sparrows, Common Starlings, or Eurasian Collared Doves.

In my case, I also mentally apply this phrase to those species that play with your feelings by constantly making you think you are about to see something new, when in fact, you are just hearing the same-old same-old. Which is why some of my trash birds are actually high-quality species that others would love to see; they are just too common, or too deceptive, in my little corner of the world.

The king of deceptive  birds in my area is the Blue Mockingbird. Like its much more widely distributed relative the Northern Mockingbird, this high-quality endemic likes to copy every sound it hears. But unlike the Northerns, it does not do so in any repetitive pattern that gives its evil plan away. The Blue Mockingbird is the main trash bird for my site of El Temascal, where they seem to be especially common and vocal. Much closer to home, in the Cañada of the Filtros Viejos, my trash bird is the Orange-billed Nightingale-Thrush. This unassuming little thrush is not actually all that numerous, but during much of the year its you will never stop hearing its call, even once, along the length of the canyon. Until I learned to expect and distinguish its call, it used to drive me crazy. Now I leave that job to the Blue Mockingbirds, which also occur at this site. Near our church, the undisputed trash bird is the Cassin’s Kingbird. You’ll be counting them all day long, and you will dream of their call: chi-KWERE! In Pino Real, the trash bird is the Slate-throated Redstart, a beautiful bird with a beautiful song. They are everywhere. And they will drive you crazy by never, ever staying still long enough for a decent photo. When I go up to Cerro de Garnica, at an altitude of 10,000 ft. (3,000 m.), I have the great privilege of considering the adorable Red Warbler to be a trash bird. They are abundant, and their call is easy to confuse with other sounds. Here’s a photo from just last week: And finally, there are the species that overwhelm you during only part of the year. Anywhere in central Mexico with introduced Eucalyptus trees, there is no doubt which bird will test the limit of your patience during the winter: migratory Yellow-rumped Warblers, Audubon variety. Hey, some trash birds are just… trash birds. At least they aren’t Starlings. Still, when you bird in Mexico, there is always the possibility of some special species becoming extra-abundant. During a recent visit, a biologist friend and I went to El Temascal and saw or heard at least 19 Mexican Violetears! Apparently the abundance of flowers in the area had caused them to concentrate in numbers I had never before seen with this normally hard-to-see species. In fact, my friend referred to these Mexican Violetears as that trip’s “trash bird”, which got me thinking about writing this post. I said abundant, not easy to photograph… This much older photo substitutes for the really sucky ones I took on that trip.

What are your trash birds? If you need to improve the quality of these, I can certainly suggest some geographical options.