Earlier this spring I spent some time exploring some parks in Queens that I had never visited before. I know, I know, it is hard to believe that there were parks left in Queens that had never been graced by my presence but somehow a couple of locations had escaped my notice. One of those parks, Brookville Park in southeastern Queens, was noteworthy to me because I saw several early Yellow-crowned Night-Herons there, the first that were reported in the state this year. Not only that, but with the trees being free of leaves, it being early spring, I noticed several rudimentary stick nests that I suspected were night-heron nests from last year.

Fast forward to this past Sunday, 8 June, and I was having a rather awful morning’s birding, with hardly a decent bird to show for having woken up before dawn. I decided to stop by Brookville Park to see if my suspicions of Yellow-crowned Night-Herons nesting there would be confirmed. Were they ever! It’s not as if the birds were hard to see. Several times while I was there individual birds flew down to low trees right next to the paved path in order to pull branches off for use in nest construction. Their efforts were somewhat comical and blindingly obvious. I mean, how can you miss this? Regardless of the fact that they didn’t see them on their own, everyone who looked through my scope or just spotted the birds with their bare eyes once I pointed them out thought that they were pretty cool. Hopefully, the more the locals who regularly visit the park are made aware of the birds the less likely it will be that they will accept those who would do the colony harm. How can anyone be opposed to Yellow-crowned Night-Herons nesting in a place where their poop won’t land on cars? How can you not like this bird? I’ll do my best to get back to Brookville Park in a couple of weeks to see if I can spot any young. After all, this is a great bird to find nesting in Queens, especially in an accessible place. If you go, please remember to keep your distance and not in any way harass the birds. Though their nests are high, they do need to come down on occasion and it would be appreciated by both the birds and those who care about them that you keep your distance if you see them foraging. After all, they need to catch enough food for themselves and for their young! Yellow-crowned Night-Herons on nests! Jochen, what do you think of that? 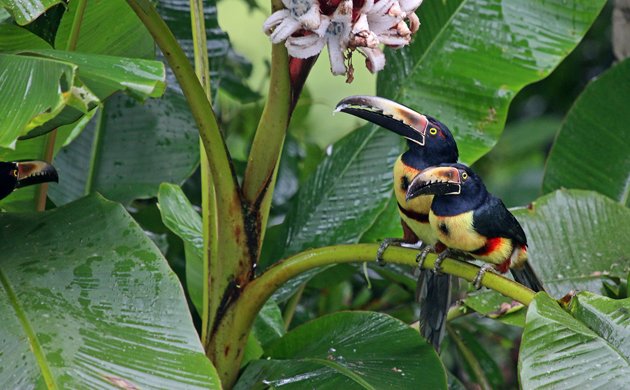