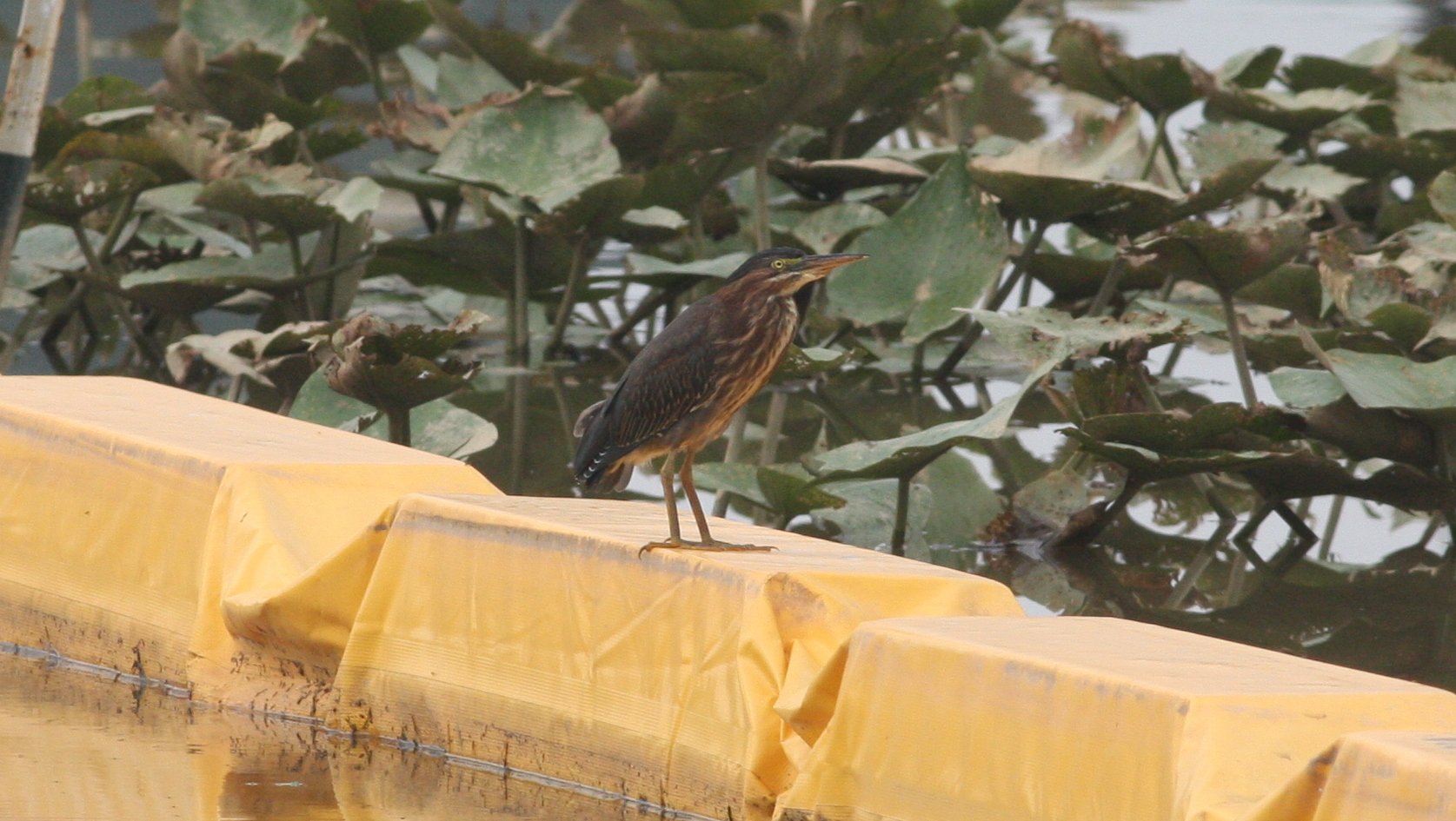 As of the beginning of last month, I am no longer a resident of Chapel Hill, North Carolina. Having lived in Chapel Hill for nearly 10 years and been an active birder in the area for nearly that long, this is something of a significant change. My county lists, long maintained with the care of a master gardener, are now more or less null and void. Though I’ve only moved 40 or so miles away, the odds of picking up anything new besides the odd state-level rarity I feel up for traveling to is gone. I can put a frame around them and hang them up. Those county lists are complete.

Greensboro sits in the center of Guilford County. As the third largest city in the state, it takes up a lot of room and there’s a fair bit of urban and suburban sprawl in the county, but there are also three big reservoirs just north of the city that have in the past attracted great birds like Pacific Loon and Western Grebe. Coming from a home county where bodies of water were few, far between, and really difficult to get to, the prospect of winter birding on the lakes not more than 10 minutes form my house is pretty nice.

Having done a very small bit of birding around Greensboro previously, my county list sat at a somewhat difficult 60 species at the time of my move, but with a ton of common species outstanding. This is almost certainly a 200+ species county, and my perfectly reasonable goal is to crack the century mark by the end of the year and go from there. After all, I’ve got some time.

So with a mission to bolster my Guilford County birding bona fides I headed out into the wilderness to add a few birds to that county list and explore a spot that has the potential to be a productive shorebird spot for the fall. One of the nice things about Greensboro is the extensive system of greenways trails that pretty much circumnavigate most of the bigger lakes. I parked at a nearby gravel lot and headed into the woods following my phone’s Google Earth map to be certain I was heading towards the presumed mudflats.

About a quarter mile down the trail I came upon them. The recent rain had swamped most of them but there were still a number of Killdeer and a single sandpiper, of the more or less expected Spotted variety. A couple Great Egrets foraged in the deeper water, nothing unexpected in late summer in the Piedmont, but county birds nonetheless. I picked up 8 new species for the county, a who’s who of common summer birds. Things like Summer Tanager, Brown Thrasher, and Blue-gray Gnatcatcher fell before my binoculars and were noted within my new county’s borders. The foundation onto which I will build my eventual eBird Top 100 empire. Hopefully some shorebirds will show up and I’ll be able to put a real dent into this total.

The most exciting sighting was not avian, however. Upon walking back to my car I spotted out of the corner of my eye a resting Copperhead. She was a big one, over two feet long, and fat. as exciting as that was, I was a tad disappointed. I had hoped my first Guilford County snake would be something I would be able to handle. As it was, she was quite close to the trail and I retrieved my field hook  from my car and nudged her back up in the woods a little bit lest some overzealous biker or runner come by and do harm. Though that seemed unlikely as many couldn’t even see her. I stood there looking at her through my binoculars while at least two joggers passed, glanced at the ground where I was looking, and moved on. That’s some good camouflage. Eight new species isn’t bad, but I’m quickly going to need more to feed this monster. Bring on the shorebirds.

Shorebirds and Gulls of Florida's Treasure Coast: Where the Tropics Begin

What is a Merganser?