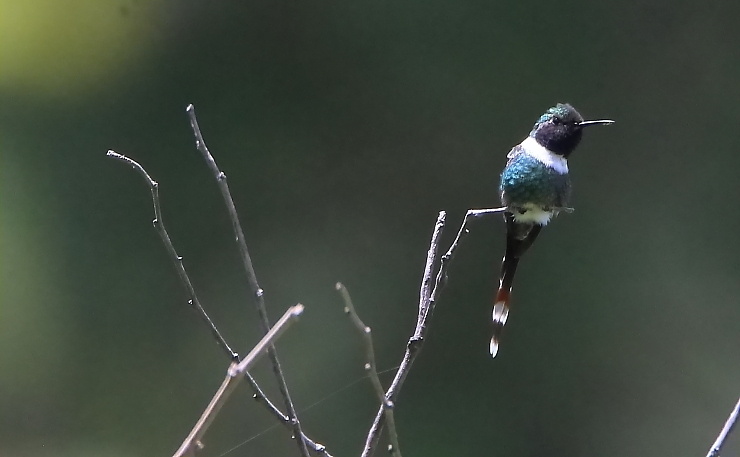 I went absolutely crazy a couple of weeks ago. Since my botanist friend Nacho (Ignacio) was on vacation, I did back-to-back major birding outings with him. As it happens, I had not gone out at all the week before, so I gave myself special permission.

Nacho is a new birder, and I am still in the process of showing him my best spots. He joined the exclusive club of birders who have seen the Sinaloa Martin the first day. And now, I hoped to introduce him to another very special bird on day 2.

All hummingbirds are visually impressive, but some are more impressive than others. Here in Michoacán, the prize for most beautiful hummer would probably have to go the to Sparkling-tailed Woodstar. (eBird insists on calling it the Sparkling-tailed Hummingbird, but I’m going here with the more evocative name, used by Wikipedia… for literary impact.)

Unfortunately, this is not a species that I can reliably promise to my guests; sometimes it is there, and sometimes it is not. But I do know a couple of spots where it is somewhat likely to turn up, so off we went.

I had first met this species in the form of a female, seen at a third site, at which I have never seen it again. If you had not studied the species, you would probably not guess the male and female were at all related:

The female is mostly brown and has a very short tail.

The male is pretty much the exact opposite of that description.

As luck would have it, a male did show up for us this day. In fact, it showed up at the same spot where I saw my first male, a couple of years ago — on the exact same bush. Quite a climb around this bush allowed us to get the sun behind our backs, resulting in the above photo. Sparkling-tailed Woodstars like to perch on high branches, and all my previous photos had been severely backlit.

Since we still had more time to bird, I then took Nacho to a lower spot, where I hadonce seen a pair of Woodstars, and on a different visit, an entire tree buzzing with female and/or immature Golden-crowned Emeralds. On this visit, we got to discover that Woodstars are apparently very site-specific. For there, on the very same small tree where I had seen that first pair of Woodstars, was another male… then the female… then two more males attempting to chase the male off of what is apparently a very desirable, though mostly-dead, tree.

And then, victorously perched on his primo branch, the male in question did something I had never seen before. The “sparkling” part of this hummer’s tail consists, obviously, of a pair of white bands that create the optical illusion of a discontinuous tail, when this hangs downward. But it turns out that they can also create a very different pattern:

These photos are all by Ignacio Torres. Thanks, Nacho!

One biologist friend suggested that this behavior was probably a display meant to intimidate (or impress) other males. I say the bird was just showing off.

I spent a few minutes searching all the Sparkling-tailed Woodstar images I could find online. Curiously, only one photo (out of dozens) showed anything like this display. So now that you have also seen the display, you can do some showing off of your own. 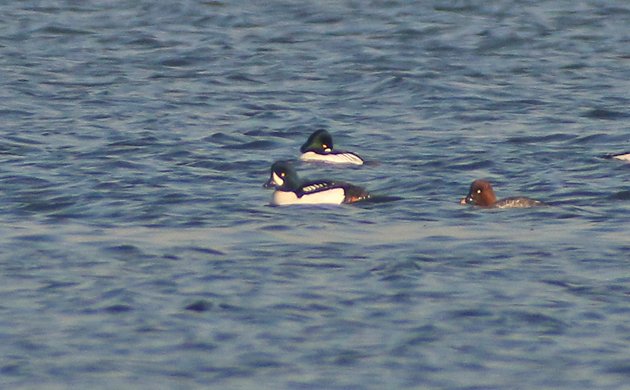