On Tuesday morning, after being a New York-based birder for five years and several months, I finally saw a Yellow-breasted Chat in New York State.*  It was the 353rd bird checked off my New York State checklist and one of the few regularly occurring and expected birds left for me to see in the Empire State.  How did I finally find Icteria virens?  The internet, Central Park, a lunch break, and dogged determination!  Join me in the next paragraph and I’ll explain.

I hadn’t been at work for long on Tuesday when a somewhat cryptic, and to non- birders perhaps incomprehensible, email message appeared in my inbox from one of the New York City birding listservs.  The subject line said “Central park Chat + yellow-billed cuckoo” and the body of the message said, merely, “In tangle west side of Maintenance Meadow.  Now Irene.”

I did not have any hope of seeing the Yellow-breasted Chat referred to in the subject line.  First of all, I had no idea who “Irene” was so I had no way to determine if Irene could identify a Yellow-breasted Chat.  Second, chats are notorious skulkers, and, in autumn, tend not to make any noise.  Third, on Monday I spent a bit of time poking around Alley Pond Park where a chat had been reported the day before and I found nothing.  Fourth, I had never seen a Yellow-breasted Chat in New York State so why should Tuesday be any different?

But, of course, when my lunch break rolled around, three hours after the bird was initially reported, I left the office and made my way to Central Park, showing some of that dogged determination that one needs when one has already seen most of the expected birds in a state.  As I made my way through the Ramble to the Maintenance Meadow I watched a flock of Blue Jays harass a Sharp-shinned Hawk and spotted a Veery.  Then, when I was almost to the meadow, a fellow birder noticed my binoculars and let me know that a chat had been seen earlier in the meadow and some people were waiting to see it.  I thanked her and started walking a bit faster, thinking that I didn’t want to dawdle and hear the dreaded words “You just missed it.”

Three birders awaited me in the Maintenance Meadow, in the little bit of shade available to protect them from the noon sun.  As is normal among our obsessive tribe we neglected to exchange names but I did learn that the bird had been seen as recently as twenty minutes earlier and that it was occasionally making brief appearances.  I put my binoculars up and scanned the underbrush and came to a bird that was partially obscured but that had a bright yellow chest, or, wait, breast, and then it poked its head out and it was the chat!  Sweet, sweet, easy twitch!  The other birders got on it and then it disappeared into the underbrush again.  I waited until it made another brief appearance and then it was back to work for me. Above is what most would consider a great look at a Yellow-breasted Chat.  Photo by Charlie Moores.

Somehow, the afternoon at work went by a bit faster after checking the chat off of my New York State list.  But then I started to think about it and realized that with Icteria virens checked off it has become much more difficult for me to add anything to my state list.  I will have to travel way up north and get extremely lucky to find a declining Adirondack breeder like Spruce Grouse or Gray Partridge or go out to sea and find a Manx Shearwater or any storm petrel besides Wilson’s Storm Petrel or just get lucky with a western vagrant like Pacific Loon or White-winged Dove or a European vagrant like Northern Wheatear.  There are no easy ticks left.  I now understand why the top listers in New York State aren’t much above 400: it gets exponentially harder to see a new bird in New York once you break 350.

But, on the plus side, I can now say that I have seen every single breeding wood-warbler in New York State.  All that are left of the wood-warblers are birds that are even less likely to cross my field of view than a chat.  In fact, there are only three wood-warblers on the New York State checklist that I could possibly see: Townsend’s Warbler, Swainson’s Warbler, and MacGillivray’s Warbler (there is also the impossible-and-never-to-appear-again-in-New York Painted Redstart).

Seeing a chat made my day and I look forward to seeing many more because, as every birder knows, once you’ve seen a nemesis bird once you won’t be able to avoid them afterward.

*The one previous Yellow-breasted Chat on my life list was from coastal Connecticut in 2005, when I had been birding for only a few months.  The fog of time since then makes me question the sighting but not enough to make me take it off my list. 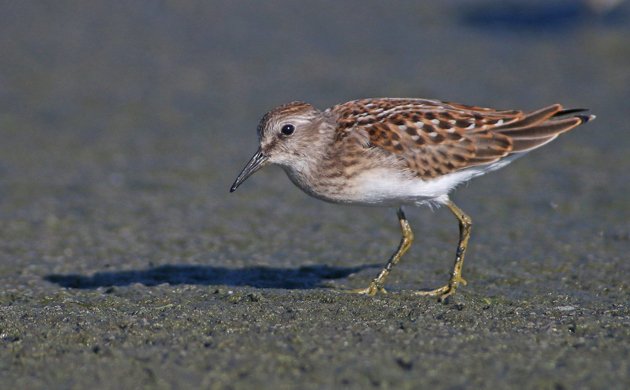 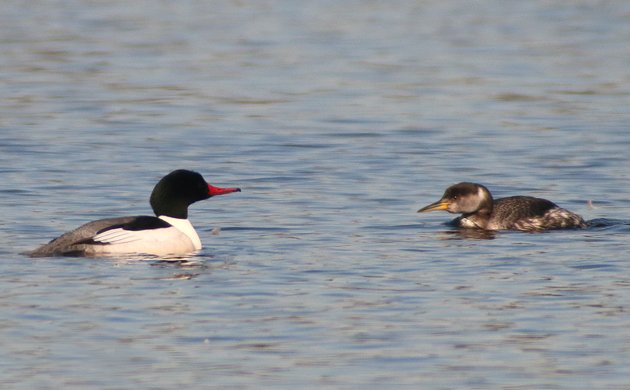 « Previous post
Where Are You Birding This Second Weekend of September 2010?
Next post »
Monumental Migration Event Tonight?