Oriental Plovers Charadrius veredus are a species of shorebird that we see in varying numbers around Broome and they may be on the beach, feeding on insects across the plains or at the ephemeral lakes. During February there have been astonishingly high numbers some years and this has been as a result of insect activity. After good rains we get a variety of locusts and this will attract various insect-feeding birds from afar. Oriental Plovers stand very upright and look very brown compared to the usual grey of shorebirds and tend to be rather more vocal in flight. They breed in the arid inland areas in Mongolia and northern China and then migrate south into coastal parts of south-east Asia and northern Australia.

Here are some photos of a lone Oriental Plover on Cable Beach. The other extreme is where you have a very hot day and the birds move off the vegetation on the plains and seek shelter from the heat. They roost in literally thousands taking advantage of the sea breeze and then returning to the plains to feed in the evening. They will roost amongst the Oriental Pratincoles and the Little Curlew and all of these species will be higher up the beach than the other shorebirds that are present. Here is an example of a roost site along Eighty Mile Beach to the south of Broome in February. This truly is an incredible sight and it is all depends on what the weather brings us each year. 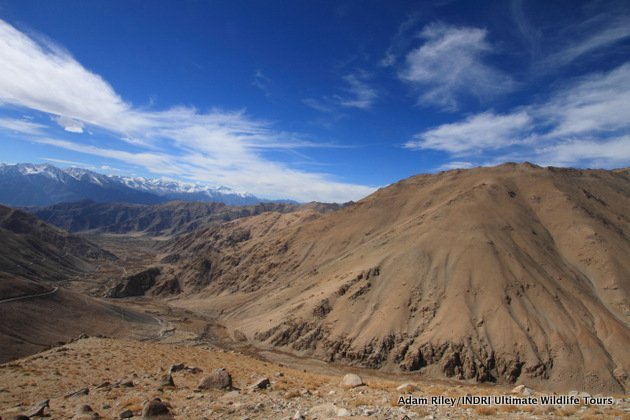 « Previous post
Double-crested Cormorant Phalacrocorax auritus
Next post »
What Do You Do If A Bird Nests In Your Underwear?