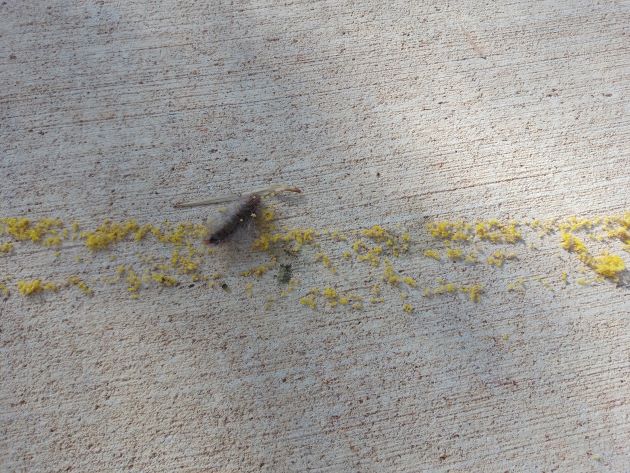 For a few weeks now there have been an increasing number of Processionary Caterpillars around Broome. The length of the procession can be incredibly long and I have counted over seventy caterpillars in some of the processions. When I am walking it is easy enough to step over the trails, but when I am cycling I dismount and lift my bike wheels over the procession. At the same time our local Wattle trees are flowering and wherever the Processionary Caterpillars have been they have left enough moisture for the flowers to stick. In the header photo you can see the Wattle flowers stuck on the path and one lonely caterpillar.

The Processionary Caterpillars will become moths over time, but for now they need to be respected. They also mark a change in the season and you can read about them here. The Processionary Caterpillars actually move along quite fast and the leader chooses the route it must think is the safest. I have no doubt in the past there would have been all sorts of experiments done by children on these Processionary Caterpillars, but with modern devices there are other fun activities to prevent boredom. I suspect that there would have been experiments done to see what happens if you stop the leader caterpillar, block the procession mid-way, take six out of the middle, etc. Of course none of these experiments have been written up, so the answers don’t appear in your search engine! I am quite happy to watch them go about their travels across the dual purpose paths around Broome and I don’t touch them!

A Procession of varying sizes of Processionary Caterpillars

One of the preferred foods of the Pallid Cuckoo is the hairy caterpillar, so it only seemed likely that sooner or later I would observe a Pallid Cuckoo near home. There have also been an influx of Willie Wagtails around our area and I would not be too surprised if a pair have accidentally raised a Pallid Cuckoo. The first time I observed the Pallid Cuckoo this week behind our home on the firebreak it flew ahead and landed on the power line.

Pallid Cuckoo on the power line

With all of the Processionary Caterpillars still on the move I could see no reason for the Pallid Cuckoo to go anywhere. I was hoping it would also be in a tree and in good light the next time I observed it to capture some more photos, which I did.

I didn’t manage to see the Pallid Cuckoo eating Processionary Caterpillars, though. That would actually be quite interesting. Where would it start? The leader caterpillar? the fattest caterpillar? the middle caterpillars? There’s so much more to learn…….. 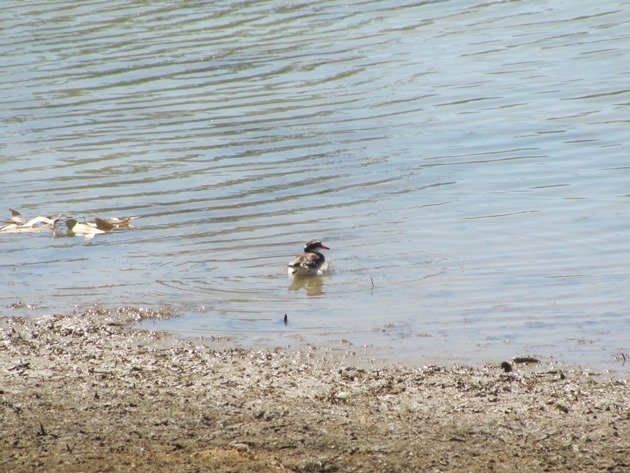