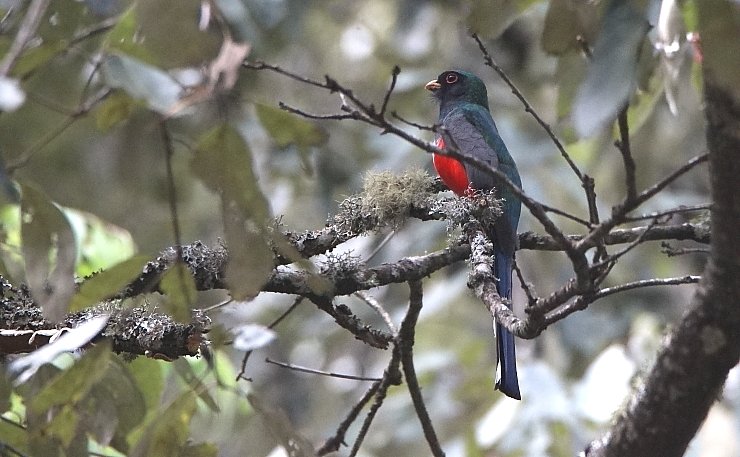 Among all the birding locations I have found, Pino Real was my first love. I was just getting back into birding, and had only gone to some urban sites, during 2012 and 2013. I had tried out Lake Cuitzeo, and Laurelito, a wonderful town outside of Morelia that another birder had recommended. But when on June 23, 2013 I decided to follow a road just to see where it led, and it led to Pino Real, it was the first in a whole chain of exciting site discoveries. That chain continues to this day.

Since it was the first link in this chain, Pino Real was where I met many of Michoacán’s flagship species. As I look back at my eBird species list, it is astonishing how many of my lifers were first seen there.

Still, after a few years of visiting Pino Real, something became clear: this site was in trouble. When I first found the route, there were no fences, and its wonderful mixed forest and thick understory showed no signs of logging or agriculture. But then the fences went up. One by one, patches of forest were logged. The understory was cleared in other areas. My favorite path was converted into a short stretch of logging road. And, eventually, one whole hilltop was fenced, logged, and flattened. (For what purpose, I still do not know.) I actually denounced this all with the Michoacan forestry authorities, but nothing changed. By 2019, I couldn’t take it any more, and I stopped visiting Pino Real.

This cabin is not new. But the denuded hillsides are.

I suspect our current drought is partially responsible for the tiny amount of water in this stream. But deforestation is certainly also at fault. And this was once a wonderful patch of bird-rich understory. Now it is just… grass.

Still, the current pandemic’s extreme social-distancing requirements have limited my site options. So on March 29th, I steeled myself emotionally, and went back to Pino Real for the first time in 18 months. To my shock, I had a wonderful outing, with 63 species seen in six hours.

No doubt, my low expectations were key. I kind of expected to see some sort of industrial wasteland; but a fair amount of forest is still there. And, more than anything else, I was amazed to still find almost all the same wonderful species that I had first met, years ago, in Pino Real.

Chestnut-sided Shrike-Vireos are still present! Finding this elusive and beautiful species at Pino Real kind of put me “on the map” with my wonderful group of Mexican birder friends. I would have guessed it would be the first species to abandon this now-disturbed site. But, thank God, it has not.

Mountain Trogons are also still present! Of all the photos in this post, only this rare full-frontal shot is not from my March 29th outing. (I took it a week later, at another site.) But the photo by the title is indeed from Pino Real.

The Red-headed Tanager is yet another rare beauty I discovered on my very first visit to Pino Real. This lovely bird seems to change color, depending on the lighting, so I’ll include photos of three different individuals I saw last month. Plus, you can never have too many Red-headed Tanagers!

Each of the following birds were lifers for me from that very first visit to Pino Real in 2013. Other flagship species from that trip which are still present, but did not give me great photos on this latest outing, are the White-striped Woodcreeper, Transvolcanic Jay, and Rufous-capped Brushfinch. The Green-striped Brushfinch, another lifer from that trip, failed to turn up this time. (I got it, elsewhere, just this week.)

This blackberry-lover is a Flame-colored Tanager. It’s a female, so, sorry, no flame color.

I know, I show too many photos of Crescent-chested Warbers. They beg for it, shamelessly.

It wasn’t until a later Pino Real trip, back in 2014, that I saw my first Black-headed Siskins. On this most recent trip, I managed my first photos of this species in flight. I honestly thought it was an entirely different bird!

And in the air!

Since I came away from this trip with an abundance of photographic riches, I’ll also show you a few species that are not in the Pino-Real-lifer category:

It is a treat to see a Brown-backed Solitaire near the ground.

A pair of endemic Spotted Wrens were among the first species I saw that day.

In Mexico they call the Ash-throated Flycatcher “Copetón Triste”, or Sad Crested-Bird; it’s mournful call distinguishes it from other nearly-identical flycatchers of the Myiarchus genus.

But this was only my second sighting ever of the much more difficult Gray-collared Becard. Could I have been missing this species, all this time, at Pino Real?

In the end, I would have to say that this trip gave me some added confidence in nature’s ability to fight back against the ravages of humanity. Mother Nature is one tough old dame! 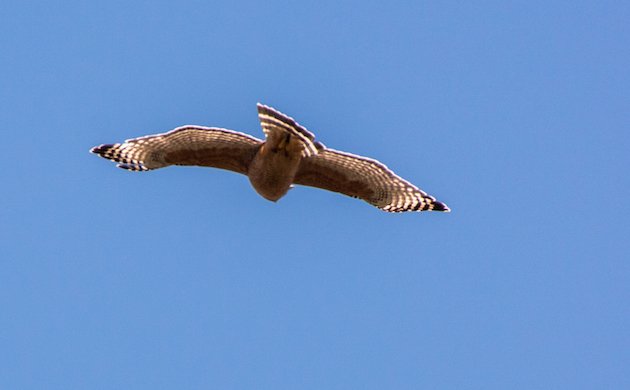