A Survey of U.S. Birders

Comprehensive surveys of U.S. birders are rare, so the recent release of a “National Survey of Birdwatchers: Nationwide and Flyway Comparisons” is notable. Although the results are largely unsurprising, empirical confirmation of impressions or anecdotes is always useful. Some background and my subjective views of the highlights are below.

The survey was commissioned by National Flyway Council (NFC), which implements the North American Waterfowl Management Plan (NAWMP), which, in turn, aims to maintain abundant waterfowl populations in North America.

In 2012, the NFC revised some of its goals and set forth a new vision of waterfowl management that emphasized a core of hunter and conservationist supporters. In an effort to better understand the “human dimension” of its conservation efforts, several surveys were conducted, including the National Birdwatching Survey (NBS). The survey was a join effort with the University of Minnesota.

Because the surveys were an effort to learn more about its supporters, the study was in part interested in whether birders’ views were different among the four North American flyways. (Broadly speaking, they were not.) The survey also sought to identify “the key attributes important to birding experiences” and learn more about “decisions to participate in birdwatching and level of identity as birdwatcher.”

Because there is no national list of birders, the survey was conducted using eBird membership in the United States, which may or may not be representative of American birders generally. Although I have no evidence, I suspect eBirders are broadly representative of birders generally, though they are likely younger than the overall birding community.

The methodology section is detailed, but the highlights are that the survey was conducted online, and more than 33,000 birders completed at least part of the survey, which was conducted in 2016-2017, long before the COVID-19 pandemic. (I vaguely recall seeing this survey at the time, but I do not remember whether I completed it, though I believe I did.) To a layperson such as myself, the methodology appears fairly rigorous.

Some of the results were blindingly obvious.  For example, the survey (of eBirders) found: “Nearly all respondents (99%) indicated they participate in birdwatching or birding.”

And others were consistent with expectations, or at least my expectations. For example, (all quoted passages are lightly edited for readability):

A large majority of respondents indicated their birding activities include 6 of the 7 activities asked about in the survey. The vast majority watched birds at home (99%), fed birds at home (90%), and watched birds away from home (98%). While a slightly smaller majority kept track of the birds they saw on a list (82%), photographed birds (73%), and counted the birds they saw (72%). About half of respondents (51%) said they installed or maintained nesting boxes….

Three-quarters (76%) of respondents took a trip greater than 1 mile from their home to watch birds within the previous 12 months. On average, respondents take 33 birdwatching trips annually.

In a section entitled “Avidity and Constraints,” the survey found that most respondents “agreed birdwatching was one of their most enjoyable activities” and that “being in nature,” the “sights and sounds of nature,” and “getting to enjoy the natural environment” are important aspects of birding. 92% reported owning binoculars, which actually seems low for a survey of eBirders.

A lack of time was the most frequent “barrier” to birding, and no other constraints were meaningful, suggesting “that overall, barriers to participation are either not serious for eBird participants, or they have found ways to navigate these barriers already and they no longer impede participation.”

Birders seem to be a fairly modest group: “Respondents rated themselves as somewhat skilled in identifying birds. On a 7-point skill level scale, where 1 is a novice and 7 is an expert, respondents averaged a rating of 4.4.” Birders uses field guides, apps such as Merlin, and photos to identify birds, and are less confident in their ability to bird by ear than by sight. 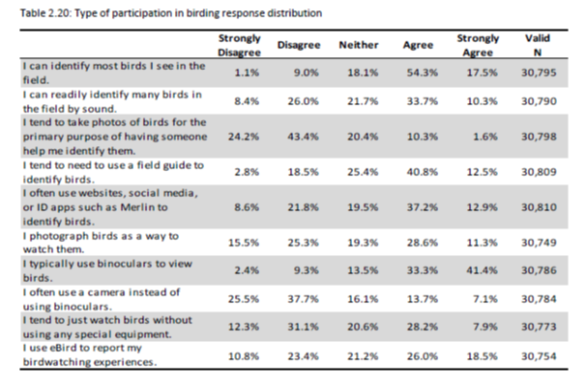 Also, the results indicate that most eBirders have few friends that are also connected to birding. (There was, unfortunately, no similar question about spouses.)

As to birding locations, respondents tend go birding close to home and like wetlands: “Most respondents went birdwatching within the flyway where they lived. Nationally, most birdwatching occurred in California (9%), followed by New York (6%), Texas (5%), Pennsylvania (5%), Florida (5%), and Ohio (4%). Nearly all respondents knew of wetlands nearby (93%) and most had visited wetlands in the past 12 months (88%).”

But, more surprisingly: “Just over half of respondents (56%) were female.”

“After removing any respondents under the age of 18, the median age of respondents was 37 years old. Almost half of respondents (47%) reported graduate or professional-level education, and another one-third (32%) reported holding a Bachelor’s degree. Slightly more than half of respondents (57%) reported making less than $75,000 per year in personal income, while 10% reported an annual income of $150,000 or more.” Thus, the sample appears to skew young (late-30s) relative to my impression of the overall age of the birding community, likely a consequence using eBird as the pool of potential respondents.

Broadly speaking, birders care about the environment, particularly as it relates to wildlife habitat, and many donate accordingly: “Most respondents reported having donated to birdwatching and related issues (62%), as well as conservation of other birds (55%).” “Most respondents considered themselves a birdwatcher (68%) or a conservationist (69%).” But only 13% purchased a Duck Stamp.

The attributes presented were:

Thus, birders like natural areas close to home with rare species, and perhaps some ducks. This is not a surprising result. Note that diversity of species, total number of birds, and access, were less important.

As indicated, these are only my subjective choices of the highlights of the survey results. There is a great deal more in the survey summary itself. And if I have made any errors, please let me know.

The photo is from Magee Marsh Boardwalk during the Biggest Week in American Birding in 2015. 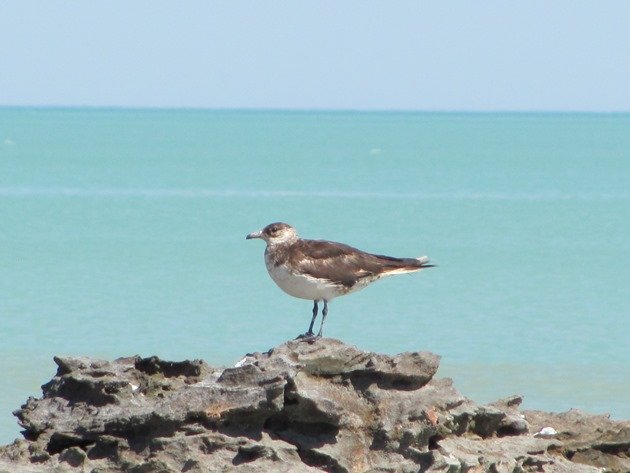 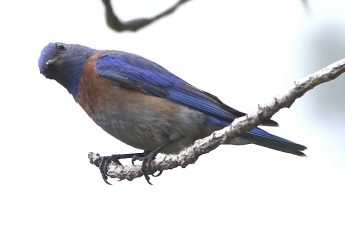