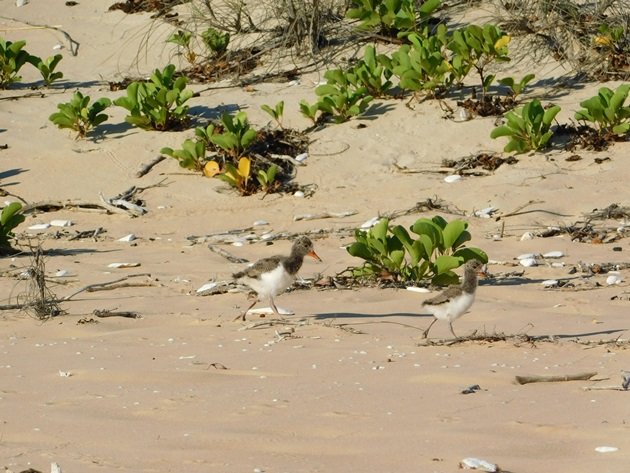 It has been a few years since I could share some good news about the Pied Oystercatchers breeding along the coast near Broome. Hopefully you won’t mind me writing a bit more this year about Pied Oystercatchers during the breeding season! We continue to have egg predation at many of the nest sites and chick loss, but one pair of Pied Oystercatchers is being successful in raising two chicks so far. There has never been two eggs hatch and two chicks survive for more than about ten days since we started to keep an eye on them in 2000. Usually one of the Pied Oystercatcher chicks does not make it beyond the ten days and then the other one may or may not survive to fledge. Five years ago there was one big exception to the rule, which I wrote about here.

An interesting observation this year as we observe the two Pied Oystercatcher chicks over such a long period of time is the size difference between the chicks. One chick has been smaller than the other since they first hatched out. The two eggs normally hatch at least a day apart and sometimes longer. The first egg laid is not always the first egg hatched and we know this due to the huge variation in the patterning on each individual egg. Not only can the pattern be quite different, but also the colour of the egg shell is quite varied.

Now the Pied Oystercatcher chicks are more than four weeks old they are often observed without their parents. If the tide is out a long way during the day the parents will go and collect food and return to them where they stand in the shade of the vegetation. The adult Pied Oystercatchers do not fly directly to the chicks, but further away and they run for the food.  The smaller chick appears to receive as much food as the larger chick and we have never seen the larger chick take food from the smaller chick. Over time we expect the two Pied Oystercatcher chicks to develop equally, but for now the size difference and development is quite significant. 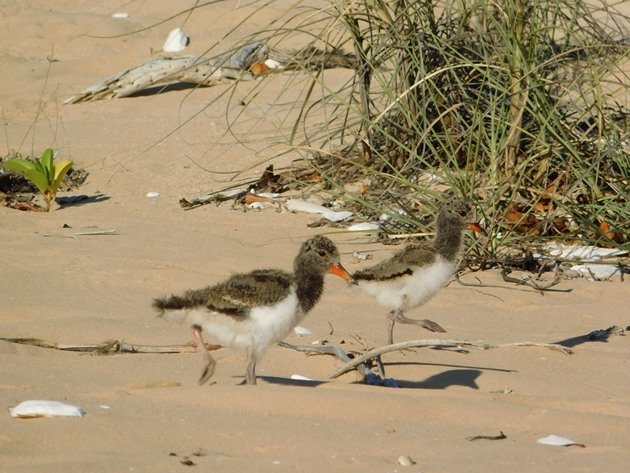 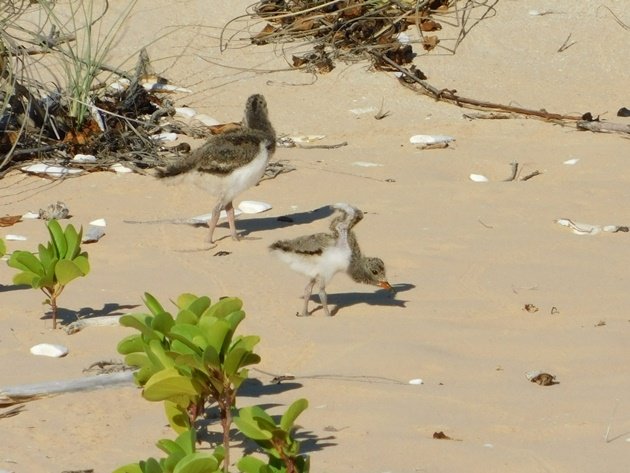 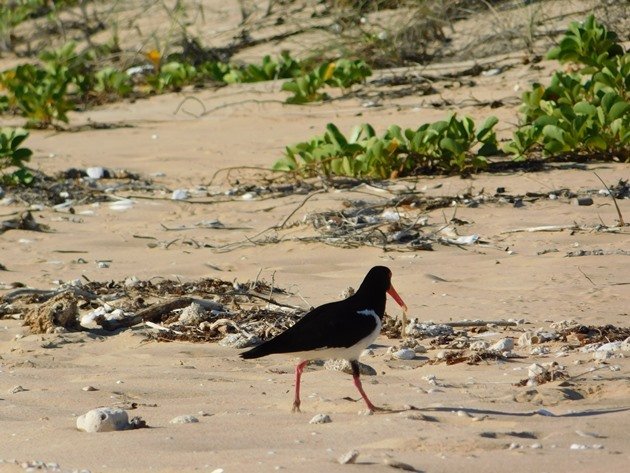 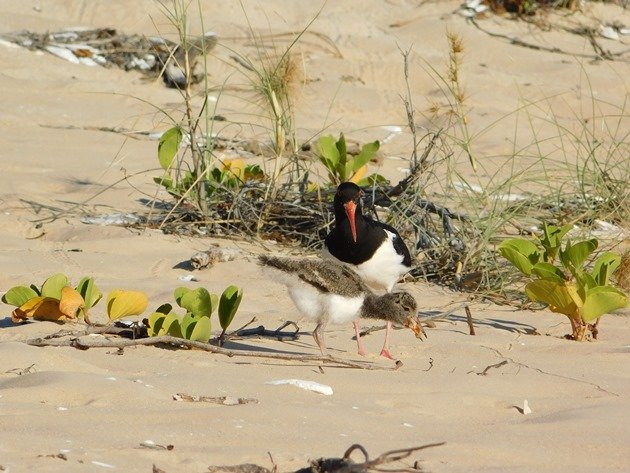 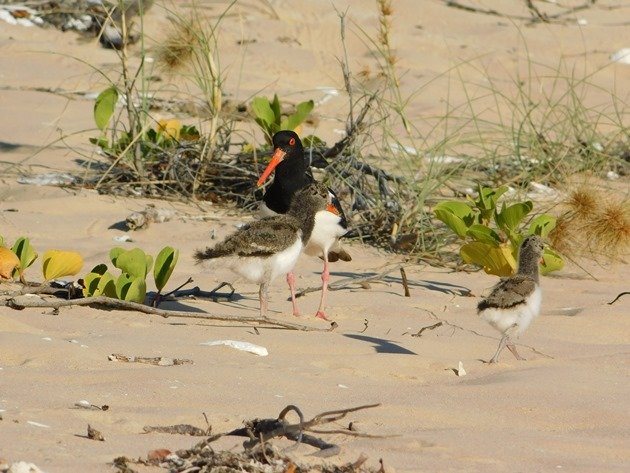 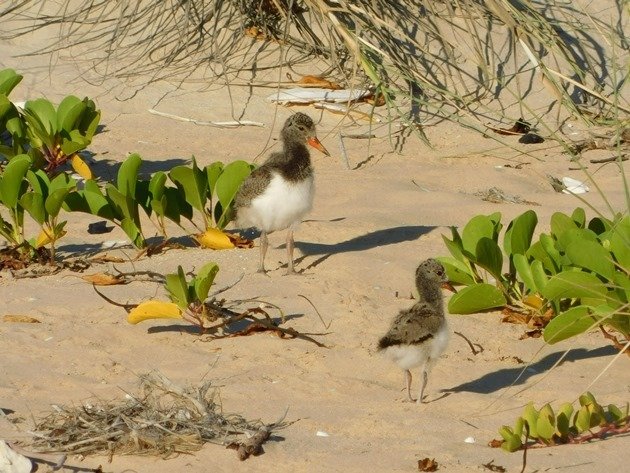 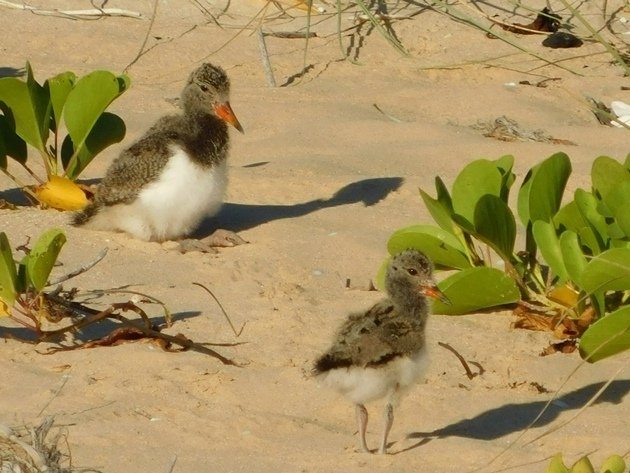 One of the many threats along Cable Beach are the Black Kites. There are not as many Black Kites where they are now, because they are about 4 1/2 kilometres north of the rocks. By walking the whole family north they appear to have found a safer area, but if a Black Kite soars along the dunes it can expect to be chased off by the adult Pied Oystercatchers. Many a Black Kite must wonder why they are being chased, because Pied Oystercatchers spend a lot more time walking than flying during the rest of the year. 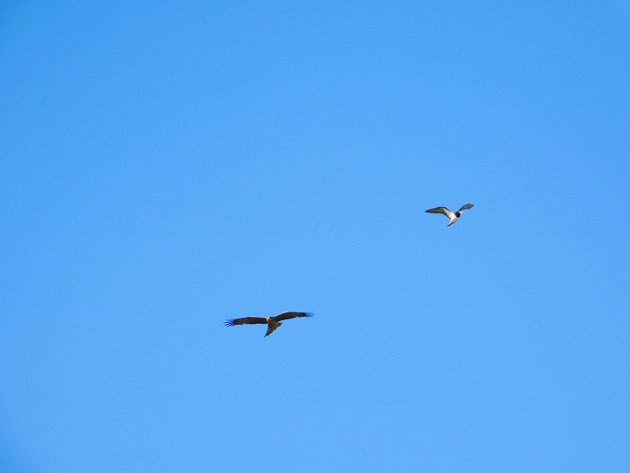 When the tide is out and the area where the small bivalves are is exposed the family move forward to feed together. The tyre tracks left deep into the damp sand can be a good hiding place for the Pied Oystercatcher chicks. They have become accustomed to our presence and we can watch them feed together along the shoreline. 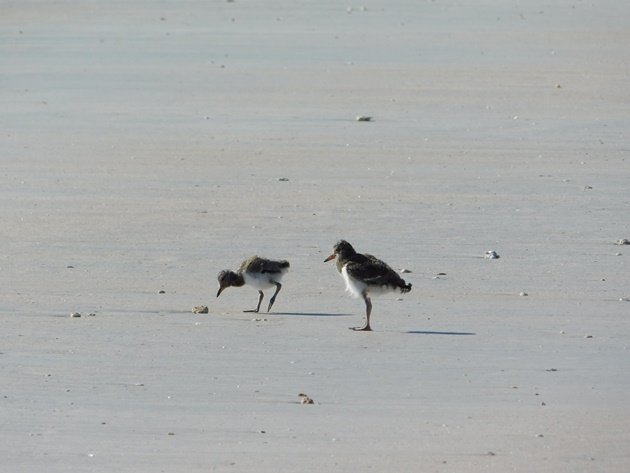 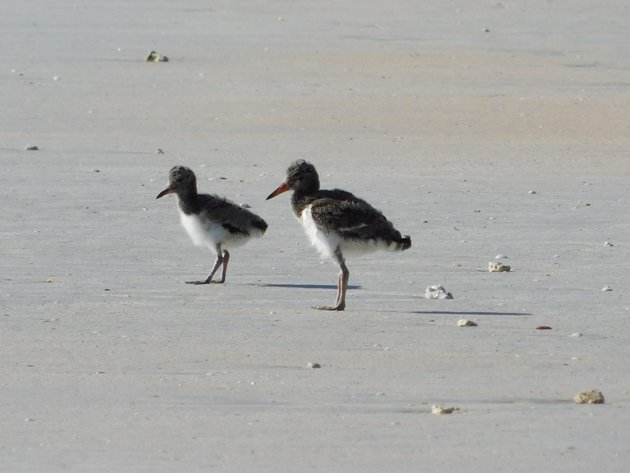 Pied Oystercatcher chicks on the damp sand once the tide turns 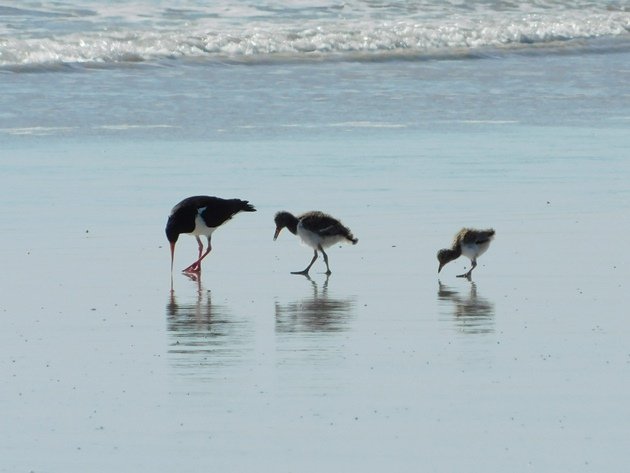 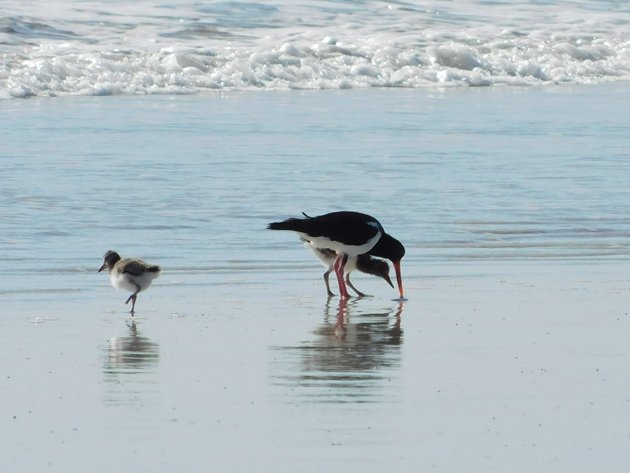 We expect the larger Pied Oystercatcher chick to be able to fly quite soon, because it has developed so much faster than the smaller one. We are cautiously optimistic that the two chicks have a good chance of fledging and at long last be a “good news story” for Pied Oystercatchers along our coast. 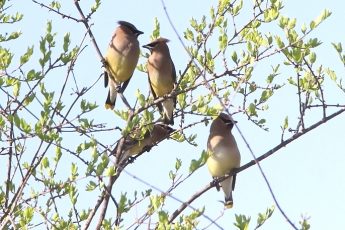 What Happened This Winter 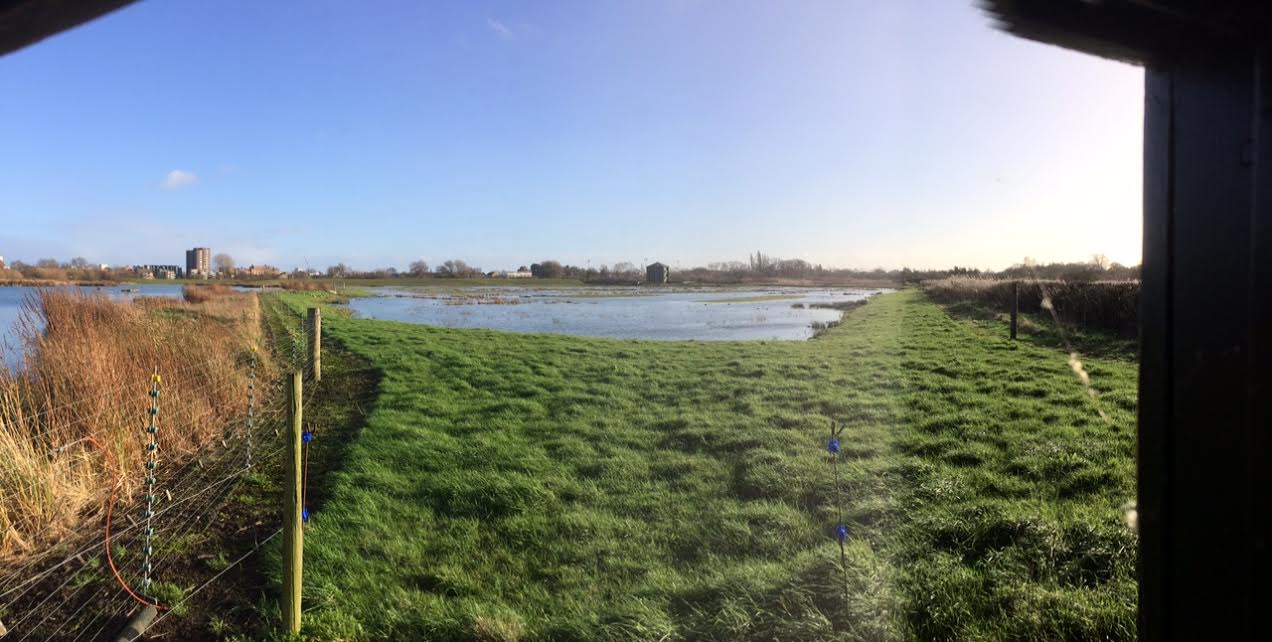 Where Are You Birding This Final Weekend of January 2016?