Red-necked Stint beyond the coast 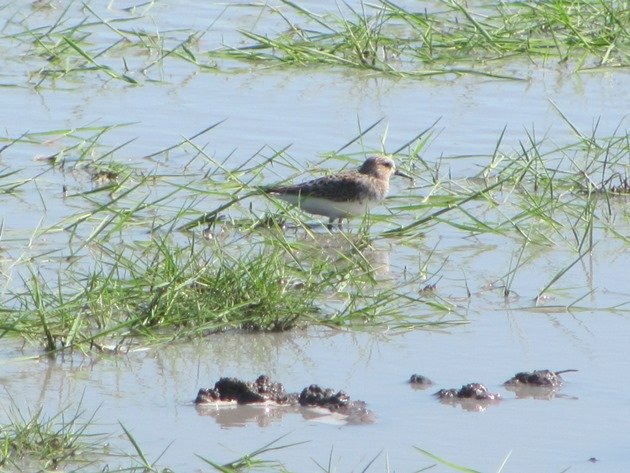 Along Broome’s coastline we encounter literally hundreds of Red-necked Stint among all the flocks of migratory shorebirds that make Australia their home during the non-breeding season. They are the smallest shorebird among the flock and are usually at the back of the flock furthest from the sea at high tide. They either roost high up on the beach or frantically feed along the edge taking every opportunity to get ready for the long migration they make each year. At only thirty grams the Red-necked Stint are like miniature Sanderling! When the shorebirds started to return to Broome last year we had a Red-necked Stint drop by on Cable Beach that had been individually marked with an engraved leg flag in Queensland and had also been observed in China by the Spoon-billed Sandpiper recovery team on its journey north earlier in the year. The Red-necked Stint that was individually marked in Japan and that I first observed in March 2014 continues to call Broome its home during the non-breeding season. In April we started to see Red-necked Stint that had been marked with plain flags in Victoria and South Australia as they dropped by around the Broome coastline to refuel before they continued on their journey north. By this week most of the shorebirds that have decided to head north on migration to breed in the northern hemisphere have already gone, but we had a close encounter with a Red-necked Stint away from the coast this week. Red-necked Stint do use the local ephemeral lakes around Broome, but not in the large numbers that you see along the coastline. This individual was more intent on feeding than worrying about our proximity and already had good breeding plumage. It was associating with a pair of Black-fronted Dotterels they breed locally. So, was this the last chance to get refuelled before this little shorebird heads north and has it now gone or has it missed its flight! Did all the other Red-necked Stints sneak off without it? There had been three Red-necked Stint together in good breeding plumage on our last visit and now it is alone.

Sometimes the stint species are alone. The Temminck’s Stint that we first observed on November 29th last year was alone! In fact on that day there were no Red-necked Stint to compare it with, but overnight some arrived from somewhere to feed at the ephemeral lake. Shorebirds are always on the move, whether it is due to the tides or following their need to feed or on migration. Maybe you are currently observing them on your birding trips around the world. 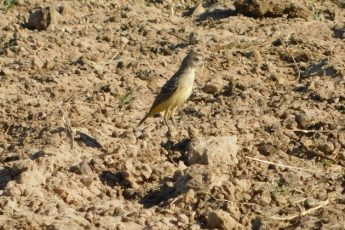