Migration is happening. Every birder knows it. Even if we couldn’t find time to raise the bins at a favorite patch, it only takes momentary glances into the sky and hearing chip notes from the trees to remind us that birds are on the move. The old neighborhood standbys are quiet or maybe gone. We don’t see them leave, we can’t know but the absence of local Yellow Warblers and Indigo Buntings gets more real with each passing day. Look for that neighborhood oriole or grosbeak and instead, we find others of their beautiful kind that have flown in from the boreal north. We see fall-plumaged wood-warblers busy in the maples. High overhead, swallows are going over and in the fields, blackbirds move in undulating flocks. 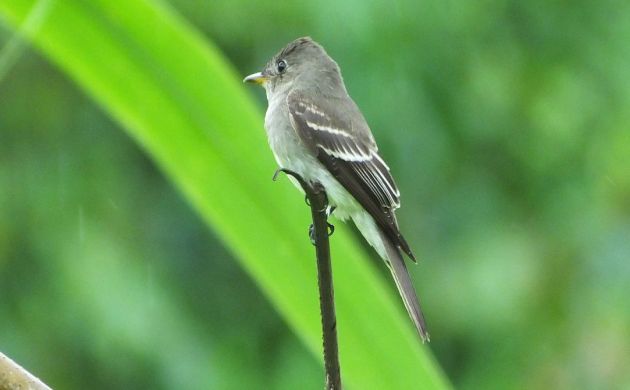 In Costa Rica, it’s also happening, not as in full force mode as the temperate north but that will change in a month when we see thousands of Eastern Wood-pewees, flocks of Eastern Kingbirds, and other species hurrying their way to South America. However, even now, the ancient movements of birds between summer breeding grounds and tropical wintering places have been taking place in Costa Rica. There were some recent reminders of the annual avian passage as well as the perils that come with migration:

A Swallow-tailed Kite over Alajuela

Last Friday, we paid a brief afternoon visit to Villas San Ignacio. The abundant green space at this strategic hotel makes it an excellent place to start and end a birding trip to Costa Rica as well as an ideal spot for hungry migrant birds. Although we didn’t find much, the fact of migration still made itself known by way of a Swallow-tailed Kite that appeared overhead. Although this elegant raptor is regular in many parts of Costa Rica, it doesn’t usually visit the Central Valley. This one was moving in a quick glide, clearly on the move to parts further south.

Cliff Swallows in the air

Millions of Cliff Swallows pass through Costa Rica. A passage of so many birds is always incredible and yet, since many of them fly way up there near the clouds, they are easily overlooked. But, take any bino scan into the skies over Costa Rica these days and you will see them, a scattering of constant specks high overhead, some also foraging lower down where we can get much better views. On Saturday, I had fun watching the constant Cliff Swallow parade from the new tower at Cerro Lodge. Barn Swallows were also present along with a few Banks. 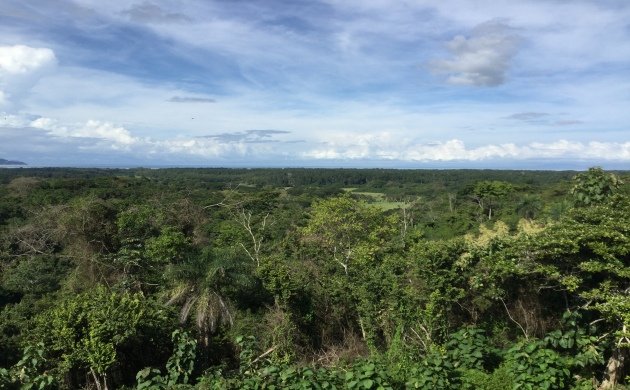 A nice place to watch for swallows accompanied by close flybys of Scarlet Macaws and views of Crane Hawk and so on.

An abundance of shorebirds 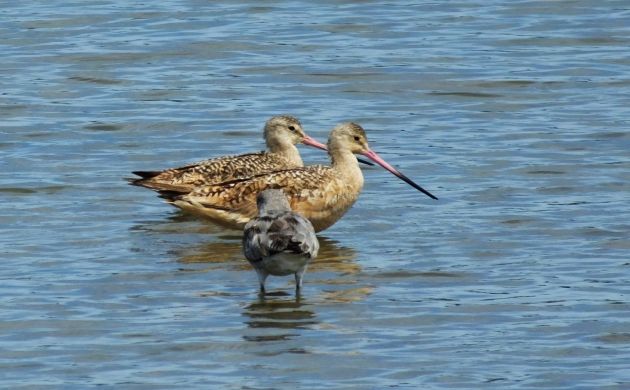 The peak of shorebird migration is happening and oh how I wish I was down on the coast! Like, to find that Ruff or some other mega rarity but if not, I would still be happy with hundreds of Black-bellied and Semipalmated Plovers, Marbled Godwits and other wading birds from the north. We reaped that visual reward at a shorebird hotspot two weeks ago; scoping the flocks of dowitchers and other shorebirds also included our year Surfbird and Black Skimmer. A few Upland Sandpipers have also been reported and I have been listening to the night sky for its whistled call. I hope I hear one soon, hopefully we also will see one near home.

Cerulean Warblers across the country

Those special canopy warblers aren’t everywhere but according to reports from eBird, quite a few are moving through Costa Rica at this time. In addition to the usual spots on the Caribbean slope, some have also been seen in the Osa Peninsula, the Central Valley, and other sites. I really really hope we can find at least one for our year list!

Recently, a female redstart was chipping and “yellowstarting” from a fig tree near the house. While she foraged, an Eastern Wood-Pewee was giving that same old lazy summer call I used to hear in upstate New York. Both of these migrants have also been reported from other parts of the country along with Blackburnians. I have seen a couple of those as well, one of the more common wood-warbler migrants in Costa Rica. 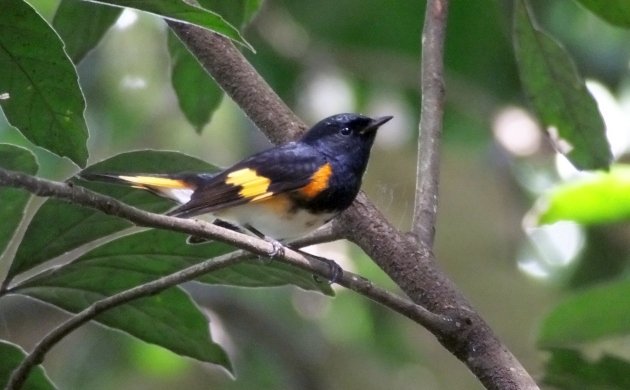 We see the Halloween plumaged males too.

But now for the bad news…

Not as much as other places but in Costa Rica, we also have to deal with pressure to destroy green space for housing and/or agriculture. Every time it happens, second growth habitat that was used by Yellow Warblers, Tennessee Warblers, and other migrant and resident birds is suddenly gone. Such is the case of a large coffee field near home where I had seen good numbers of warblers, other migrant species, and resident birds. Where will those birds go when they come back looking for food and shelter? To put it plainly, they will find diminished habitat and successfully compete for it or die. In Costa Rica, the elimination of green space for agriculture (notably for the cash crop pineapple) has made an especially large impact. This is because although mature forest and trees are legally protected, second growth is not and large areas of this and other areas on the road back to being rainforest have been completely destroyed to make way for pineapples. 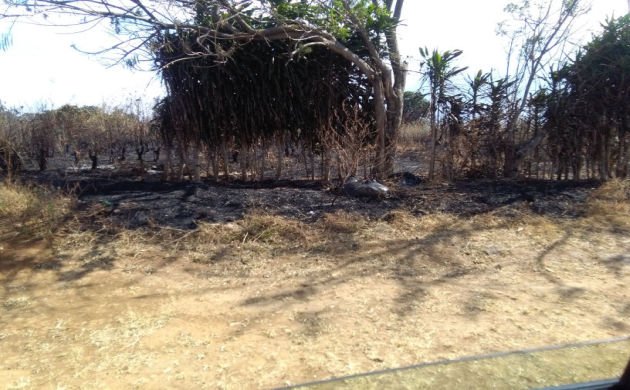 Habitat for migrants and a rare endemic burned for planting with a monoculture.

Speaking of pineapples, they come with a double dose of destruction that includes application of massive amounts of chemicals, poisons that not only keep insects and fungi at bay but also kill birds. It’s only hearsay but that is what we have heard; workers in those pineapple fields picking up and removing dead birds. Hopefully, birds learn to quickly avoid such fields by the noxious smells associated with them, if not, they wouldn’t find any food there anyways. For tired migrants, though, making the mistake of landing on such poisoned places is akin to entering an open air death trap. I hope not but when pesticides have been recently applied, I bet it happens for some, one question is how many? Other questions also come to mind like, “If so much poison is needed to grow pineapples, is the profit worth risking the health of people and ecosystems?”, and “can they be grown in a more sustainable manner?”

Heavy amounts of pesticides are also used on other crops, since it’s not sustainable, I hope we can find a way to be more successful with regenerative agriculture in Costa Rica and elsewhere. It can and does work! In the meantime, I hope to bear witness to the continued spectacle of fall migration right at the homestead and further afield. Whether we add that 2019 Cerulean or not, contemplating the journeys being taken by Red-eyed Vireos and other migrants seen at the house and elsewhere in Costa Rica is invariably mind-blowing. 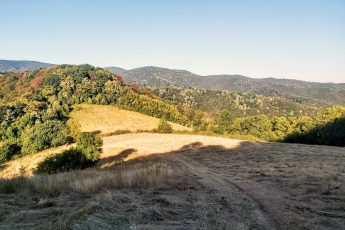 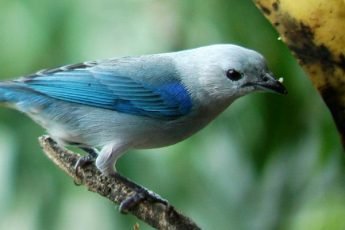