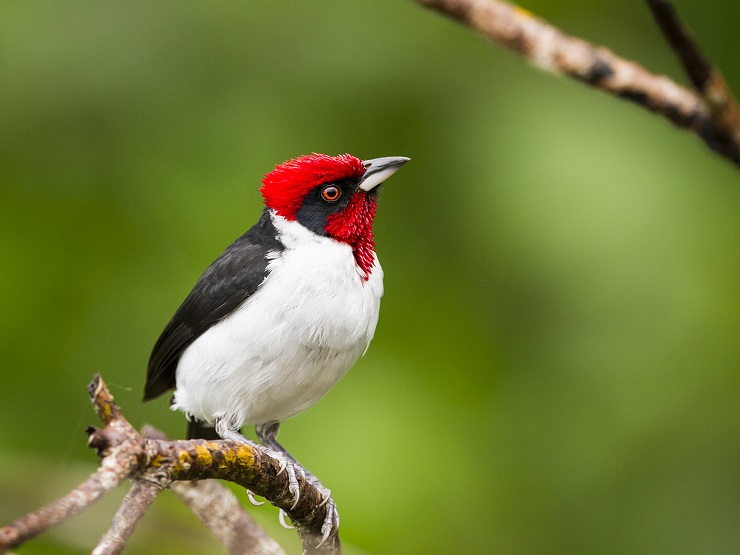 The twin-island postcolonial paradise of Trinidad & Tobago celebrates its 60th anniversary of independence today, and as much as I am vehemently anti-nationalist I figured I’d draw some attention to this fact. Partly due to the paucity of birding missions within the past fortnight, but more so because T&T is one of the few countries within which there are several birds bearing the national colours. Here are some of them:

For those of you unfamiliar with the national colours of T&T, here is a Red-billed Tropicbird with all three.

It may be a bit more difficult to spot on a Red-footed Booby, in fact this only works with the (uncommon for here) white morph.

To be honest, including the Scarlet Ibis here was a bit of a stretch – there is only a fleeting moment in their lives during transitioning from juvenile to adult plumage when they are white, red, and black.

The base of the neck of an adult Jabiru seems to vary from pink to red. I was on the fence about including it here, but it is a difficult bird to say no to.

Let this Roseate Tern represent all terns that (even for a brief period) share this coloration.

By contrast, the Lineated Woodpecker is not only resident, but wears the same outfit all year.

So too does the Crimson-crested Woodpecker.

A good eye-to-eye might be necessary to understand why this Great Antshrike is included on this list.

Not often encountered eye-level, the Black-tailed Tityra is a bird whose appearance is only eclipsed by its voice. If you’re into frogs, that is.

Outmatching everyone here without much effort is the Masked Cardinal – this stunning bird is actually a member of the tanager family (unlike the tanagers belonging to the cardinal family) and is another resident species.

Note that for this entire article, I have steered well clear of criticizing the state of affairs in T&T – for anyone who knows me please feel free to send me your personalized congratulatory message for achieving this monumental feat. In lieu of my blither, feel free to take a moment to peruse this album by some friends of mine to get the gist of my sentiment if the title of this post wasn’t subtle enough of a hint. Lyrics included.