Of Parrots and People: The Sometimes Funny, Always Fascinating, and Often Catastrophic Collision of Two Intelligent Species, by Mira Tweti, is a wonderful source for those looking to understand the intersection of people and parrots.  The book progresses nicely from a brief overview of the current scientific understanding of the complexities of bird brains, focusing on the intelligence of parrots, to stories and anecdotes about those who own parrots (parronts in the lexicon of the parrot-owning community), to information about the parrot-selling and breeding industry (and the parrot rescuers and rehabbers), reporting on the cat-and-mouse game played by parrot-smugglers and law enforcement, and, finally, a journey to South America to report on conservation efforts in the wild.

Before reading this book I must confess I knew virtually nothing about the parrot industry.  And for those who question calling the network of pet stores, smugglers, trappers, veterinarians, breeders, and owners an industry, well, read the book.  My knowledge of pet parrots came from knowing a couple people growing up who owned them and a vague understanding that some unethical people occasionally caught and smuggled them, killing many in the process.  This book was a real eye-opener in terms of the horrible actions of trappers, smugglers, breeders, and, yes, owners, of these magnificent birds.  Tweti, who has a background in investigative journalism, is an excellent guide to both the surface and subsurface aspects of the interactions between humankind and parrots, and she went to great lengths, interviewing many people, traveling to see things for herself, and, occasionally, putting herself into slightly dangerous circumstances, to get the information for the book.

Parrots are not domesticated pets like cats and dogs.  Even when bred in captivity and hand-raised they are still wild birds.  The domestic pet industry portrays parrots as pretty playthings, not as the wild, sometimes intemperate, loud, and needy creatures that they are.  Simply put, a parrot in the typical wire cage, fed a bland diet, without the stimulation or interaction with other birds that it needs, goes insane.  As Tweti says in the chapter “Parrots and Parronts” “Isolating a parrot in a cage is the antithesis of its natural state.  It is, plain and simple, avian abuse.”

Parrots are social creatures, and sticking one in a cage (which are often far too small) for years and years, isolated and unable to move freely, is tantamount to torture.  Parrot owners might not even understand that their pets are misbehaving or self-mutilating because they lack stimulation.  Tweti details how often prospective parrot owners are lured into buying a pet parrot by deceptive advertising and gimmicks like “starter cages” which are nothing but cheap, undersized cages that don’t give the room parrots need and make no sense except when an industry’s greed for dollars is taken into account.  All too often a parrot is bought and then shunted into a back room, released, abused, or abandoned when the new owner is overwhelmed by the parrot’s needs or misbehavior.  There are currently far more birds being given up by owners than the underfunded and all-too-scarce shelter system can adequately take.  There are those that care deeply for their wild pets and do everything in their power to ensure that the birds live a happy and well-adjusted life.  But the parrots are still wild birds that, all-in-all, would be happier and healthier as free wild birds, and even after a life-long relationship pet parrots will literally bite the hand that feeds them.

Almost everyone now agrees that catching wild parrots and sticking them in a cage is wrong.  There are many specifics about the methods of capturing and smuggling (and attempting to interdict trappers and smugglers) in the book but because it seems almost everyone agrees that this is bad behavior I’ll not get into the details here.  I was surprised to learn, however, how ineffective The Convention on International Trade in Endangered Species of Wild Flora and Fauna (CITES) is in protecting parrots. Essentially, CITES, corrupted by the greedy, often waits far too long before acting to protect species that then need much more money and attention to prevent their slide into the oblivion of extinction.  Stronger laws and harsher punishments, coupled with more attention placed on developing ecotourism and other, less-harmful, employment, is needed to help species that are already dangerously low in numbers recover and prevent other species from getting to that situation.

In contrast with the strong public opinion against trapping and smuggling birds (when people think about such things at all), many still defend those who breed parrots (on a commercial scale) in captivity for resale as pets.  Tweti destroys the notion that captive breeding is any less cruel with her in-depth reporting.  The fact is, as Greg Glendell, a British parrot consultant (who has provided an article for Parrot Month which will be posted soon), is quoted as saying in the book, “This stuff is not complicated: the function of the parrot trade is bucks and damn the birds.”

Descriptions of breeding facilities provided by Tweti are not for the faint of heart, and would do Dickens proud.  The process of mutilating aggressive male birds’ beaks, the stacking of cages so fecal matter drips on the birds below, the removal of young before they are old enough to survive on their own, the deprivation of any enrichment so birds have nothing to do but breed, and a host of other disgusting and depraved methods are described at length.  The idea that captive breeders might be saving species is also exploded, with the revelation that the most critically-endangered species are not the ones being bred by the commercial breeders, mostly because they are not the big, bright, and flashy birds that buyers want.  Also, when birds are taken out of the wild to provide a breeding stock or to be simply sold, that act alone greatly reduces the number of birds living naturally, as parrots have for millions of years, and drives the birds closer to extinction in the wild.

I don’t want to give the notion that the book is all doom and gloom: Tweti spends time interviewing rehabbers and visiting facilities where sick, abused, or abandoned parrots are given some respite.  She also spends a couple of chapters describing her trips to see wild parrots and the good work being done by conservationists attempting to help save the wild populations that are still extant.  Particularly interesting are the much-lauded ecotourism ventures funded by Charles Munn‘s Tropical Nature that Tweti focuses on. The ecotourism sites deeply involve the locals, and some ex-trappers now work to protect the birds they once decimated. The chapters Tweti devotes to her trips to sites in Peru and Brazil are inspiring, as is the fact that Tweti encourages readers to donate one dollar to help replace the trees that were sacrificed for the paper on which the book is printed.

I highly recommend this book to those who want to learn more about the horrible destruction humanity has wrought all in order to have pretty birds in cages.  I imagine that this review might lead to a parront or two commenting about how their birds are well-cared for, loved, and have plenty of enrichment but the fact is, unless their birds were rescued from neglectful or abusive situations, anyone who owns a parrot may well be complicit in a exploitative, harmful, and destructive industry that should be banned immediately, at least in this reviewer’s opinion. 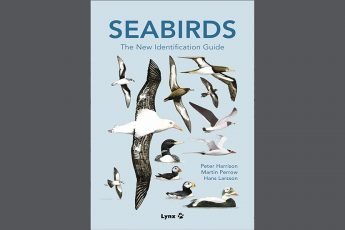