I received a disturbing e-mail from a reader last week:

I came across something today that might be of interest to you and your group.

I’m a researcher. I came across an individual who spends his days trying to figure ways to torture, poison, kill and otherwise harm wildlife, including birds. This is his “research” which is reminiscent of psychiatrists’ research I’ve read about during the Nazi occupation of Germany aimed at eradicating people with “deviant” minds from German society. Their “research” began with putting mentally retarded people into gas chambers and ended with putting millions of Jews into gas chambers. You’ll see that this man is also into gas and other poisons.

I have to say that the “research” of this man, [Dr. X], bears the same sort of mentality. I’m attaching abstracts I copied of his “research” in case you might be interested.

Now, although I’m an animal lover, one thing that turns me off is comparisons of animal cruelty to Nazi atrocities. These two phenomena, deplorable though each may be, are simply not the same in scale. Nonetheless, Dr. X’s body of work does come across suspiciously like the type of research that would be conducted by a kid who enjoys pulling the wings off flies. The general theme of this individual’s studies is thorough examination of the effects of pesticide and contraceptive technologies on various species of wildlife. The particulars are pretty gory; a recent sample of this scientist’s research includes analysis of the stabilization of the avicide 3-chloro-p-toluidine as the beta-cyclodextrin adduct; the efficacy of synthetic grit formulations in sustaining the delivery of the contraceptive agent nicarbazin in pest waterfowl; improved methods for quantifying the avicide 3-chloro-p-toluidine hydrochloride in bird tissues; and the acceptance and efficacy of zinc phosphide rodenticide baits via modification of the carbohydrate profile. The list goes on and on, but the common thread is definitely inquiry into that which causes animals harm, studied by causing animals harm.

I’ve suppressed the name of the scientist in question, using Dr. X instead, although Dr. Death may be more appropriate. Were one curious enough, it wouldn’t be difficult to pierce this crude alias, but why single one scientist out? First of all, this individual’s research is always collaborative and probably well-funded. Dr. X seems notable only as an example of the nature of research and scientific inquiry. Population control, that is to say the efficient slaughter by Homo sapiens of any and all inconvenient species, is a popular field. Our cities, suburbs, and farms are always being trespassed upon by some hungry bug, bird, or mammal presumptuous enough to imagine that it has a right to someone’s private property. Dr. X’s excesses contribute to the human fantasy of complete control over the flora and fauna in an ecosystem. Regardless, though the knowledge gained from Dr. X’s inquiries may be applied immorally, the research itself seems to be science as usual, that is to say, amoral.

Second, just as you have to break a lot of eggs to make an omelet, you may have to hard-boil, poach, or scramble a lot of animals to make a scientific breakthrough. Animal research isn’t just for the cosmetics industry. We owe much of our collective 21st century good health and longevity to the sacrifice of countless lifeforms from micro-organisms to primates. This is the nature of the beast, folks. Rather than get involved in the debate about the value of a human life against that of one, one hundred, or one million monkeys, I’ll just point out that a lot of warm fuzzy scientists have to master their craft by digging into a lot of warm, fuzzy creatures. Dr. X’s examinations may seem particularly inhumane, but in the end, these are far from the only animals suffering to advance knowledge.

Third, and to my mind, most disturbing, Dr. X is no rogue, no mad scientist flaying cats in a basement laboratory. Dr X. works for the National Wildlife Research Center, the federal institution devoted to resolving problems caused by the interaction of wild animals and society. What kind of ‘problems’ do they mean?

No wild animal is undesirable. Yet almost any wild animal can cause damage to crops, be hazardous to aviation, or become a threat to human safety…

The Center evaluates damage situations and develops methods and tools to reduce or eliminate damage and resolve land-use conflicts. NWRC scientists study birds, mammalian predators, rodents, and other wildlife that cause serious but localized damage problems. The Center designs studies to ensure that the methods developed to alleviate animal damage are biologically sound, effective, safe, economical, and acceptable to the public. NWRC scientists produce the appropriate methods, technology, and materials for reducing damage caused by animals.

The National Wildlife Research Center, part of the U.S. Department of Agriculture, describes itself as the only research facility in the world dedicated to developing socially acceptable means of minimizing conflict between humans and wildlife. It’s pretty convenient to use “socially acceptable” as the standard when human society is the only one that matters. Having examined Dr. X’s work at the NWRC, I’m quite sure that the Center has a radically different idea of what is acceptable than I do.

The curious case of Dr. X, definite scientist and possible sadist, leaves me with more questions than answers. My main ones, regarding the ethics of animal treatment and the prices I’m willing to see paid for knowledge, are too big to confront here, though I’m open to the answers of others. One question I will ask, directed to the reader who sent this e-mail in the first place but pertinent to all of our U.S. readers, is this: What disturbs you more:Â  Dr. X’s imaginative explorations into the most efficient ways to kill or neuter a wide range of animal species or the fact that, as an American taxpayer, you’re funding it? 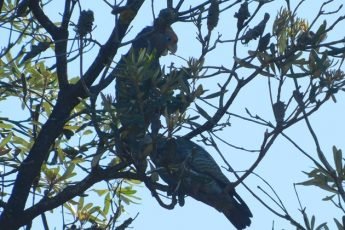 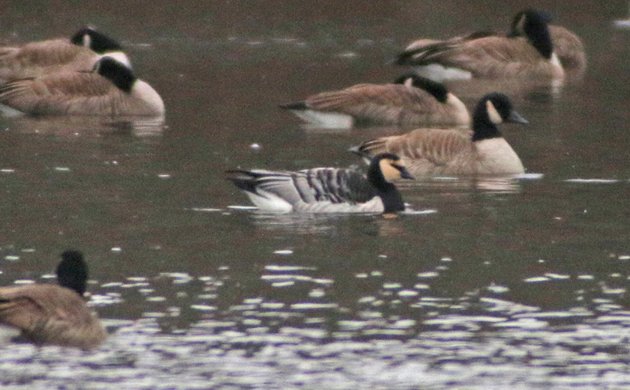