Georg Wilhelm Steller was never in the Rockies in the first place. Also, he has been dead for more than 250 years now. Many of the species that he introduced to European science are also dead (Steller’s Sea Cow), threatened (Steller’s Sea Lion, Steller’s Eider), or have never been seen again (Steller’s Sea Ape, which modern scientists suspect was probably a young and/or deformed Northern Fur Seal.)

The Steller’s Jay, on the other hand, is doing just fine. Probably this can be chalked up to the ‘Jay’ part, not the ‘Steller’s’ part. Love them or hate them – and personally I find it hard to imagine hating them – they are all over the place.

Sometimes referred to as the Long-crested Jay, Pine Jay, or Mountain Jay — and occasionally, confusingly, by area natives as the Blue Jay — the Steller’s Jay is widespread and numerous. Although its blue-and-black palette blends readily into the shadows of the conifer forest it typically calls home (and note how the vulnerable head is the least visible part) it is a striking bird once seen, and the more so when it ventures out onto a snow-covered field or road. Bright but sleek, kind of goth. I’m prepared to commit a bit of treachery and say that, to me, Steller’s Jays are even more beautiful than the actual Blue Jays back home. It’s a source of frequent wonder, to me, how coloration that looks vivid in one context can suddenly disappear in another, how perfectly beauty is adapted to utility this way (or, more likely, how well our eyes are adapted to see utility as beauty.) One thing that seems odd, however, is that I almost always spot single Steller’s. (Sorry.) My first encounter with the species, in California, was of loud and raucous group. And corvids in general tend to be social birds – the Blue Jays at my parents’ feeders, for instance, typically show up in posses of five or six, while the winter flocking tendencies of American Crows are both famous and infamous. Moreover, Kenn Kaufman’s Lives of the North American Birds, my go-to source for bird biography, says that the species lives in flocks outside of the nesting season. On the other hand, the might and majesty of the National Park Service (in the form of the Bryce Canyon website, anyway) backs up my observations, describing it as “a solitary bird” in contrast to other jays that form large family groups.

What say you, fellow birders? Do your observations of Steller’s Jays point to them being loners or joiners? Does it vary by geographic location or habitat type? 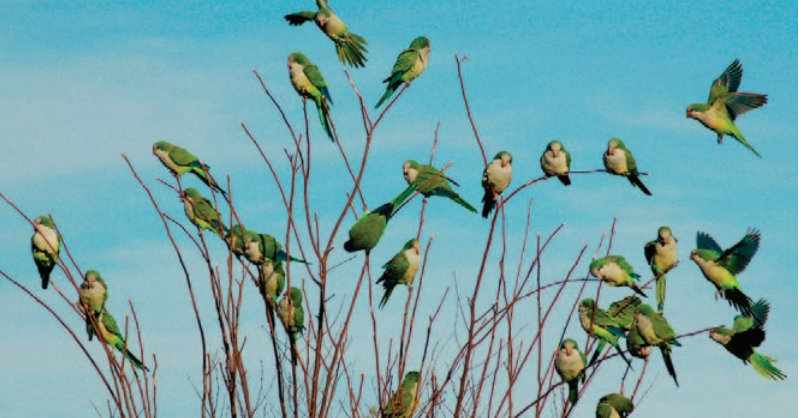