As tree crowns grow thinner, Autumn becomes the true woodpecker season. September in the Balkans started with the usual unruly bunch of Lesser Spotted, Great Spotted and Eurasian Green Woodpeckers, joined by quite a few frequent Middle Spotted Woodpeckers. But that’s nothing. On the last day of the month all of them become overshadowed by Elvis.

October didn’t bring any new peckers in Serbia, but did quite a few in Costa Rica. The cutest among them was the Acorn Woodpecker, looking like a fluffy toy-bird, and the most handsome was the elegant Lineated Woodpecker.

Back in Europe, November added Syrian (common), Grey-headed (uncommon) and Black Woodpecker (relatively frequent). Grey-headed awaited me on the ridge above the Danube in the Iron Gates National Park. At first, there was a Rock Bunting on the asphalt in front of me, followed by a Sombre Tit in the grass and a mixed flock of thrushes – Blackbirds, Fieldfares, Mistle and one late migratory Song Thrush; plus a Green Woodpecker (common) by the roadside. Another greenish pecker flies to the left and lands in some bare branches, only to prove to be my first Grey-headed Woodpecker of the year. 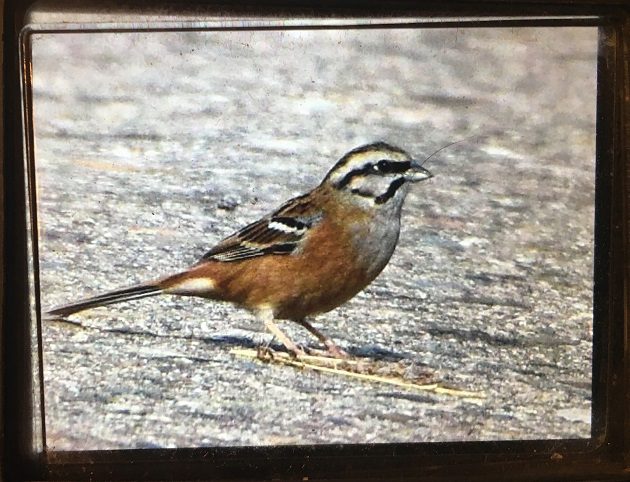 And the Black Woodpeckers? They seemed to be everywhere. In two consecutive days, at Labudovo okno Ramsar site and the Obedska bara Nature Reserve (gazetted in the 1870s), I had six of them – possibly my personal record. Most were in flight, but one was showing well foraging in the oaks right next to the road.

Yes, I know – you distinctly remember that I mentioned Elvis. No, not the Ivorybill, I am in Europe, but possibly the hardest to find and the most elusive of local peckers, the White-backed Woodpecker (the same one I dipped in Greece last year, and later searched for unsuccessfully). That one is a bird of undisturbed, primary forests with enough dead trees, both standing and fallen (the rarest kind of forest). Or so the field guide says.

I was in the Iron Gates, along the same road, a bit further from the Grey-headed site, inside the national park but in the section where the beech forest is regularly and, however illegitimate, legally logged by the state forestry company. Metre long logs cut for firewood were stashed by the roadside, together with hollow, rotten trunks cut into sections about a foot long and piled alongside them. It is a sad and, unfortunately, not unusual sight in the national parks of Serbia. 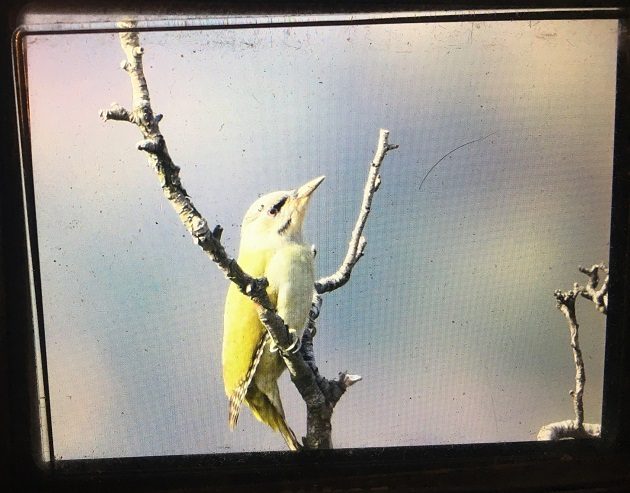 And there it was. On a youngish beech by the roadside, there was the female White-backed Woodpecker (cover photo by Øystein Størkersen). Did I mention, this one was a lifer for me. Immediately I suspected a White-backed, but having no previous experience with it, waited for 3-4 seconds more for the bird to show its white back to be absolutely sure (it belonged to the white-backed race, but the other race is also possible here).

A month later, I was at the same forest road, this time maybe 5 kilometres further along. There was a pile made of a rotten tree cut into foot-long sections and another female was exploring this unexpected roadside diner. Only this time, the very moment I saw her, I knew it. I was sure – only my second ever White-backed.

Serbian populations of other woodpeckers – but for one (Three-toed), number thousands, in two cases even tens of thousands of breeding pairs (Great Spotted and Syrian). Yet, the habitat-wise highly specialized White-backed is estimated as only 500 to 800 breeding pairs. 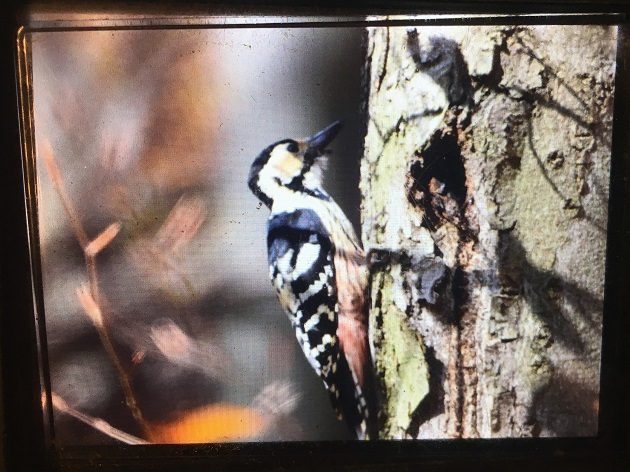 In the national parks of Serbia, only the first degree of protection saves the forest from logging, but on average, such areas are pocket-sized. Hence, those few undisturbed habitats may have reached their full capacity and the birds are forced to explore other options? Are they adapting to what we leave for them?

Or, since this was Autumn, perhaps the birds are tied to their proper habitat only in the breeding season and start exploring the alternatives afterwards? Every observation only raises a new set of questions to be answered.

There is one more local woodpecker that I have never observed – the Three-toed Woodpecker. That one is estimated to have only 30-50 breeding pairs country-wide, and even that is seen as a slight increase in numbers. The search is on.