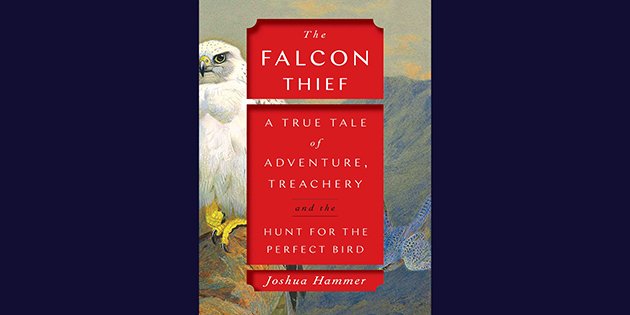 September 2017, Cerrado, Brazil. The proprietor of our ecolodge guides my small group of birders up a steep slope where we see, just at the point where a scope view deteriorates into pixels, a huge bird—a Chaco Eagle, also known as a Crowned Eagle—on a huge nest. We are cautioned to keep the location of the eagle a secret. Why? Local farmers view it as a threat to domesticated wildlife. It didn’t occur to me till I started reading The Falcon Thief: A True Tale of Adventure, Treachery, and the Hunt for the Perfect Bird that there was also a possible threat to the eagle herself: poachers, who steal raptor eggs and chicks. Why? The simple answer is monetary gain, there is a global black market for these items, regardless of the species’ vulnerability for extinction. The slightly more complex answer put forth in The Falcon Thief is that there are master thieves out there–well, one–who engage in these thefts for the adventure, the thrill, and a bit of the money on the side.

The Falcon Thief is the sometimes exciting, sometimes horrifying story of Jeffrey Lendrum, an African-born adventurer who has been arrested multiple times for raptor egg and chick poaching and smuggling in southern Africa, Canada, the United Kingdom, and Brazil. Like the ‘best’ thieves, the kind who inspire a movie with the thief played by Cary Grant (or his modern-day equivalent–George Clooney?), Lendrum is charismatic and obsessed. Author Joshua Hammer, who previously wrote about a different type of real-life-unexpected-caper in The Bad-Ass Librarians of Timbuktu, read about Lendrum in the Times of London in 2017, realized the possibilities, did the research. wrote a lengthy article in Outside magazine (Jan. 2019), and now this book. He has smartly expanded on his article, giving us more about Lendrum’s boyhood and history with conservationists in southern Africa; falcon hunting and racing in the Middle East; the life of Detective Andy McWilliam, the British wildlife officer who investigated Lendrum; and a brief history of oology, the obsessive hobby of egg collecting. (The progression could be said to echo that of an earlier book about an obsessive nature criminal, The Orchard Thief by Susan Orlean, which started out as an article in The New Yorker.) 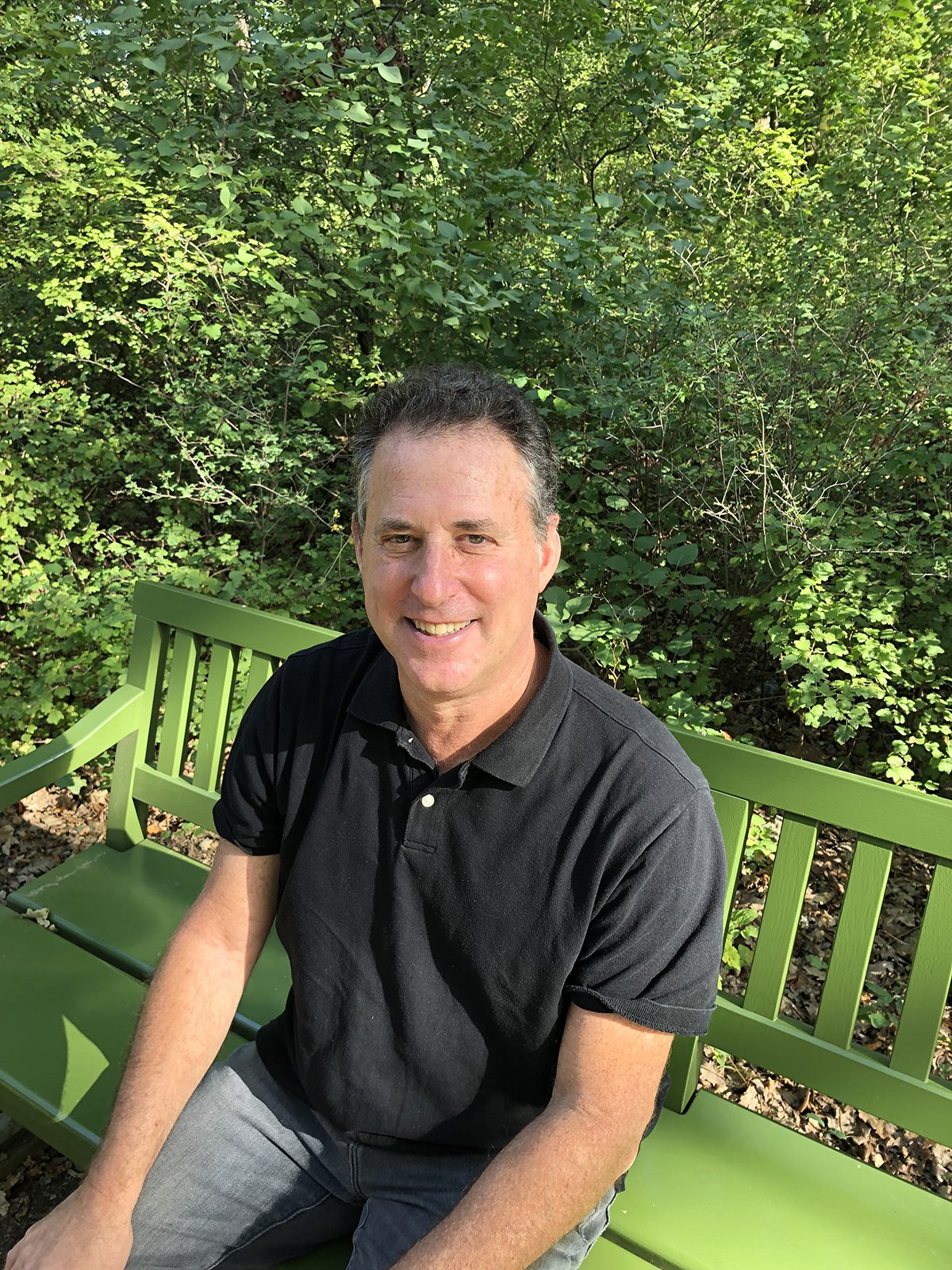 The book is structured cinematically. We start with Lendrum being arrested in 2010 at the Birmingham (U.K.) Airport, wearing 14 eggs wrapped in woolen socks around his abdomen, underneath yards of surgical tape, the only reason he was picked out at all was because of an observant janitor in the Emirates Airlines Lounge. We then switch to Andy McWilliam, a genial investigator with the National Wildlife Crime Unit, who combines the skill of a life doing police work with a deep appreciation for the importance of Great Britain’s wildlife laws. And, some background on those laws, both in the United Kingdom and the United States. Back to Lendrum–McWilliam interviews him. The eggs are Peregrine Falcon eggs, stolen from aeries in Wales, though Lendrum keeps insisting they’re duck eggs. McWilliam realizes he’s dealing someone special, a career falcon egg-thief. And then, we are immersed into the history of falconry–the beauty and wonder of these birds and the “art” of training them and hunting with them traveled from Europe to the Middle East, translating eventually into a new sport–falcon racing.

From there, we continue to switch back and forth in time and subject, tracing the lives of our two protagonists and getting history lessons in esoteric obsessions and the lengths to which people (mostly men, it seems) go to satisfy them. These are interesting, even provocative worlds. But, it is the sections about Lendrum that crackle with the tension of truth that is weirder than fiction. From interviews and contemporary documents we learn about Lendrum’s youth in Southern Rhodesia (now Zimbabwe)–how Lendrum and his father became valued members of the Rhodesian Ornithological Society (now BirdLife Zimbabwe), invited to participate in their raptor surveys, gaining access to the secret locations of hundreds of nests (Crested Eagles, Lanner Falcons, African Hawk Eagles, and more), praised for their abilities to climb up and down cliffs to the nests. And,  how they betrayed that trust, stealing eggs for years and, possibly even worse, falsifying research data.

Later, we follow Lendrum, business partner (later enemy) Paul Mullin, and an unnamed pilot (a childhood friend of Lendrum’s) to the pristine wilderness of Ungava Bay in northern Quebec, where Lendrum steals Gyrfalcon eggs from the edges of cliffs with single-minded agility, sometimes while dangling from the helicopter. Some of this adventure is captured by Mullin on video (he was masquerading as a National Geographic photographer), a part of which can be seen on YouTube. (For some reason, Lendrum was carrying a DVD of the incriminating video when he was arrested at the Birmingham Airport and it was used as evidence against him, though Lendrum insisted this was a sightseeing trip.) And, in one of the final chapters, we travel with the author as he retraces Lendrum’s trip up an extinct volcano called Morada del Diablo in Pali Aike National Park, Chile, in search of a rare subspecies of Peregrine Falcon, the Falco peregrinus cassini:

“A curving wall of basaltic rock–tinted green, splattered with whitewash, and riven with fissures–formed the remnant of the volcano’s lip. Steep slopes of gray scree and soil laden with red-tinted hematite fell away into the abyss, and the cries of buff-necked ibises echoed off the wall. Moments after I made the same climb, a peregrine rose, plummeted into the crater, circled back up, and disappeared inside a crevice.” [loc.3014, Kindle ed.]

The beauty of these scenes of falcons and raptors nesting in Africa, Canada, Wales, and Chile are thrilling, but the accompanying scenes of Lendrum stealing the eggs, sometimes with the parents flying in distress above him, are disturbing. Both McWillam and Hammer express mixed emotions about Lendrum–they abhor his actions but admire his talents–they stress his climbing abilities but he’s obviously also skilled at finding the nests–and his bonhomie fabrications, even the most ridiculous lie is given repeatedly and confidently. As a birder, I couldn’t share these feelings.

The work Hammer put into researching and attempting to ferret out the truth about Jeffrey Lendrum’s escapades is very impressive. He interviewed relatives, friends, colleagues, investigators, and experts around the world; read trial transcripts, historical and contemporary books and articles; and viewed videotaped interrogations. He traveled to the United Kingdom, the Rhondda Valley in Wales, Zimbabwe, Chilean Patagonia, and Dubai. And yet, it doesn’t quite seem to be enough. We never really understand how Lendrum’s mind works–did he do it all for the money or, as Hammer and McWilliam seem to think, for the thrill of the adventure? Did he constantly reach out to both men, phoning them unprompted at odd times, because he wanted friendship or because he was trying to convince them that his mendacious fantasies were the truth? The same weakness is found in The Feather Thief (2018), a book similarly about an obsessive thief with flexible boundaries of right and wrong. It’s probable that the inner life of these people is simply unreachable. This is the problem with writing about real people and not fictional characters, there are no easy Freudian analyses. At the same time, it invites us, the readers, to make our own analyses, and it’s possible that some of us may identify with Lendrum’s inability to seek out falcons in the most remote areas of the world.

Another part of the book that left me wanting more is the role the falconers of the Middle East play in Lendrum’s story. Hammer offers an excellent history of falconry in the Middle East–how it was embraced by the ruling sheikhs, how they used falcons to hunt Houbara Bustard* to near extinction in their kingdoms and then took their extravagant hunting parties to other countries, till they were restricted there by conservation concerns. Hunting with falcons then became falcon racing, with yearly competitions awarding multi-million dollar purses and, perhaps even more importantly, status and prestige. Hammer paints a fine journalistic picture of how falcons are bred, trained, and interbred for speed. They live in air-conditioned quarters and cared for in the most modern of avian medical facilities, with its own ophthalmology wing and intensive care unit. He describes how white Gyrfalcons are prized for their beauty and power. He interviews breeders about rumors of raptor trafficking and egg smuggling, activities that have supposedly been stopped. And, it’s here where that story ends.

Many factors indicate that Lendrum was hired by someone in the Middle East falconry world. That Emirates flight he was about to board from Birmingham Airport with falcon eggs taped to his body was going to Dubai. And, in some weird coincidence that won’t be believed if it makes to the movie (there’s got to be a movie, right?), a close childhood friend of Lendrum’s, Howard Waller, breeds falcons for Sheikh Butti bin Maktoum, a member of the Dubai royal family. Waller, who gave one interview to Hammer, adamantly denies any illegal connection to Lendrum, despite allegations made by Mullins. (This isn’t unusual; many of Mullin’s stories are denied by Lendrum and vice versa, everyone contradicts Lendrum’s stories.) So, that final dot is left in limbo. Again, this is a question probably beyond the ken of one journalist, but it is frustrating.  Being able to definitely place Lendrum within the financial landscape of the falconry world would not only paint a more complete picture, it would help us better understand Lendrum–what were the stakes, who was the instigator, did the people involved really believe, as Lendrum said he did, that the wild falcon chicks were better off in the lush training rooms of Dubai than in their harsh habitat?

The Falcon Thief has come along at a good time. If you are looking for a ‘good read’ while you are sheltering in place, this is a very good choice–entertaining, part true crime thriller, part journalistic puzzle, part educational. Just be prepared to be a little bit frustrated and a little bit jealous. All those paragraphs describing eagle and falcon nests in far-off, isolated places, far-north Canada, the forests of southern Africa. It would be nice to be there now.