Have you read my blogs on birding Greece? Presuming that you live somewhere in Europe and plan a car trip to Greece, let me suggest a couple of routes that will increase your tour list.

Driving from France or Germany to Greece, you are likely to pass through my hometown of Belgrade and continue south following the E75 through the FYRO Macedonia. That motorway takes you to the Gevgelija (MAK) – Evzonoi (GR) border crossing. My recommendation? Avoid it!

For birders, they are only two crossings from FYROM to Greece and the choice depends on whether you are heading to the Ionian (Corfu, Parga, Kefalonia, etc.) or the Aegean Sea (pretty much all the rest)…

…pause: since I am writing this on a beach on the Ionian coast of Greece, a sudden activity in a nearby tree catches my attention. I grab binoculars in time to see a close up of a male Sardinian Warbler framed in olive leaves. But, however successful it proved to be at the moment, waiting for accidental appearance is not the best birding tactic. Hence, back to strategy. 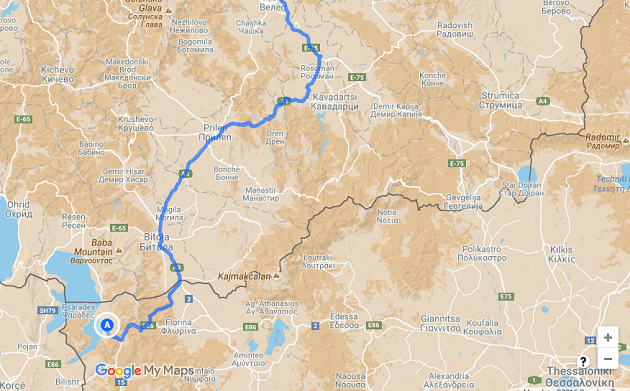 For the Ionian Sea, take the motorway exit for the town of Prilep, continue through Bitola and head for the Medzitlija – Niki crossing to Greece. If you are going to the Aegean, after Demir Kapija take the Valandovo exit and drive to the Star Dojran – Doirani border crossing. The road surface is decent, but have in mind that the section from Valandovo to Star Dojran (at the Dojran Lake) is well marked, while the one from Bitola to Medzitlija lacks signs and you will have to ask for directions at the outskirts of Bitola (forget your GPS – mine showed only the main street and nothing else of the entire town). 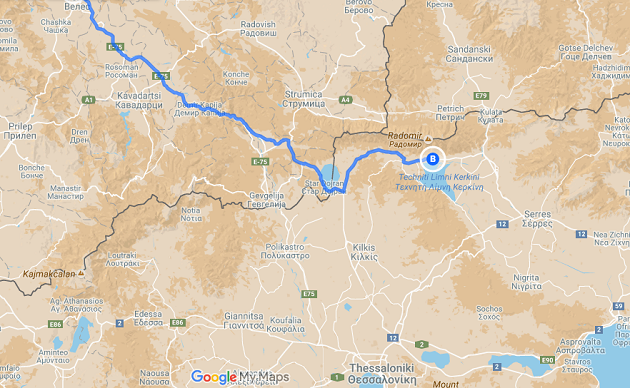 By now you have crossed into Greece – what is next? On both routes, some 50-60 km / 30-40 mi from the border lies one magical lake where you should spend at least two nights and devote one full day to birding. In the case of Ionian Sea and the Prespa Lakes National Park, I would recommend two full days / three nights, and in the case of Aegean and the Kerkini Lake National Park, my recommendation goes towards three days / four nights. Head for the sea only when you fully recharge your batteries.

To reach Prespa Lakes, from Niki continue through Florina, from there right for Albania and veer right for the lakes. If heading to the Kerkini, two kilometres after the border take the left turn for Serres and drive until you spot the lake on you right hand side.

The Prespa Lakes NP stretches from 850 m / 2,800 ft a.s.l. – the altitude of the lakes to over 2,300 m /7,500 ft high mountain peaks. The park consists of two lakes, the smaller Mikri Prespa which is rather shallow, less than 10 m / 30 ft and edged in reedbeds with a breeding colony of both Dalmatian (1300+ pairs) and White Pelicans (350+ pairs) – the largest colony of Dalmatians anywhere in the world (about 10% of their global population) and one of very few places where both species breed; and the larger and deeper (50+ m / 160+ ft) Megali Prespa with its cold waters and abundant fish. One of the best areas to bird is the causeway between the two lakes.

Other species of interest include the southernmost breeding population of Greylag Goose in Europe, Goosander (at bigger and deeper Megali Prespa), Hazel Grouse (at Mt. Triklario/Sfika, SE of the lake), Golden Eagle, Barred Warbler, Rufous-tailed Rock Thrush, Black-headed Bunting, etc. The local bird list is impressive at 273 species and my September daily averages were around 50 bird species. Areas to bird are well marked on the eBird hotspot map (by yours truly). Look for accommodation in villages of Agios Germanos, Laimos, Platy and Psarades. 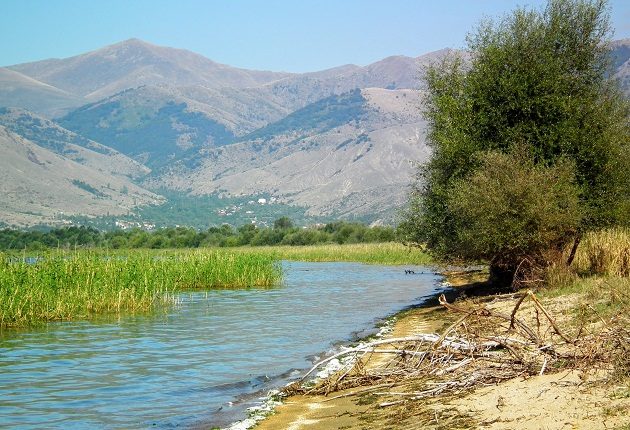 Unlike Prespa Lakes which are of tectonic origin, the Kerkini Lake is man-made. It is an artificial reservoir with the purpose of irrigation of arable fields, created in 1932 on the site of a former marsh. The dam on the Strymonas River lies in the southernmost corner of the lake, while its eastern and western shores are high and driveable embankments. The lake lie at a mere 35 m / 115 ft a.s.l. and is towered by the 2,030 / 6,660 ft high Mt. Kerkini/Belles on its northern side. Hence, it offers a huge altitudinal range and a great variety of habitats. One of the best birding sites is the eastern embankment (cover photo), from where you can observe the shallows and mudbars at the northeastern corner where the Strymonas flows into the lake.

Local highlights include Lesser Spotted and Booted Eagles, Black Kite, Levant Sprarrowhawk, both pelicans (only Dalmatian breeds at the lake, but in the breeding season Whites perform daily fishing trips here all the way from Mikri Prespa, 350 km to the west); Black, Grey-headed and White-backed Woodpeckers, etc. Some 312 species were recorded here and my September daily averages were around 70. This area is not so well represented in eBird hotspots. Look for accommodation in villages of Chrysochorafa, Kerkini, Livadia, Vyroneia and others.

And the final piece of advice: if you are birding on the beach, with a pint of local lager (Vergina is my first choice, but locally, there are some new independent breweries and in taverns around the Kerkini you should ask for the Voeria beer, made in Serres) and a computer (oh, how I dream of digital detoxication, but there is no such thing with Corey and Mike), feel free to check olive tree crowns for birds, it may be quite productive. But if your bird lands in a fig tree, the best thing to do is to give up, lower your binoculars and have a consolation sip of beer.

Simply, against a fig you stand no chance – wherever your bird perches, it will be hidden by one of those enormous leaves, big enough that even Adam used one to cover his masculinity and your bird is more of a birdy, nothing of biblical proportions.

Spring 2018 edit: To reach the Lake Kerkini National Park, keep in mind that the new section of the motorway has been open in North Macedonia (formerly FYROM). The new motorway avoids the Demir Kapija Gorge and bypasses the turn off for the town of Valandovo and the Star Dojran border crossing. 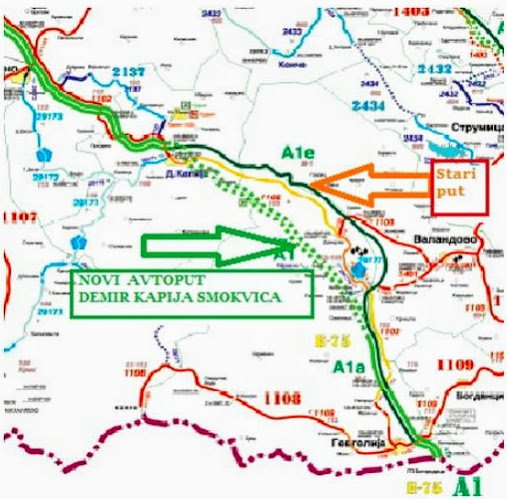 Hence, if you want to reach Kerkini via Valandovo (and the Dojran Lake), be careful not to enter the new section of the motorway (“Novi avtoput” = new motorway) by Demir Kapija, but stick to the old road (“Stari put”) and after the gorge veer left for Valandovo. « Previous post
Where Are You Birding This First Weekend of October 2016?
Next post »
Morning on Weeks Bay