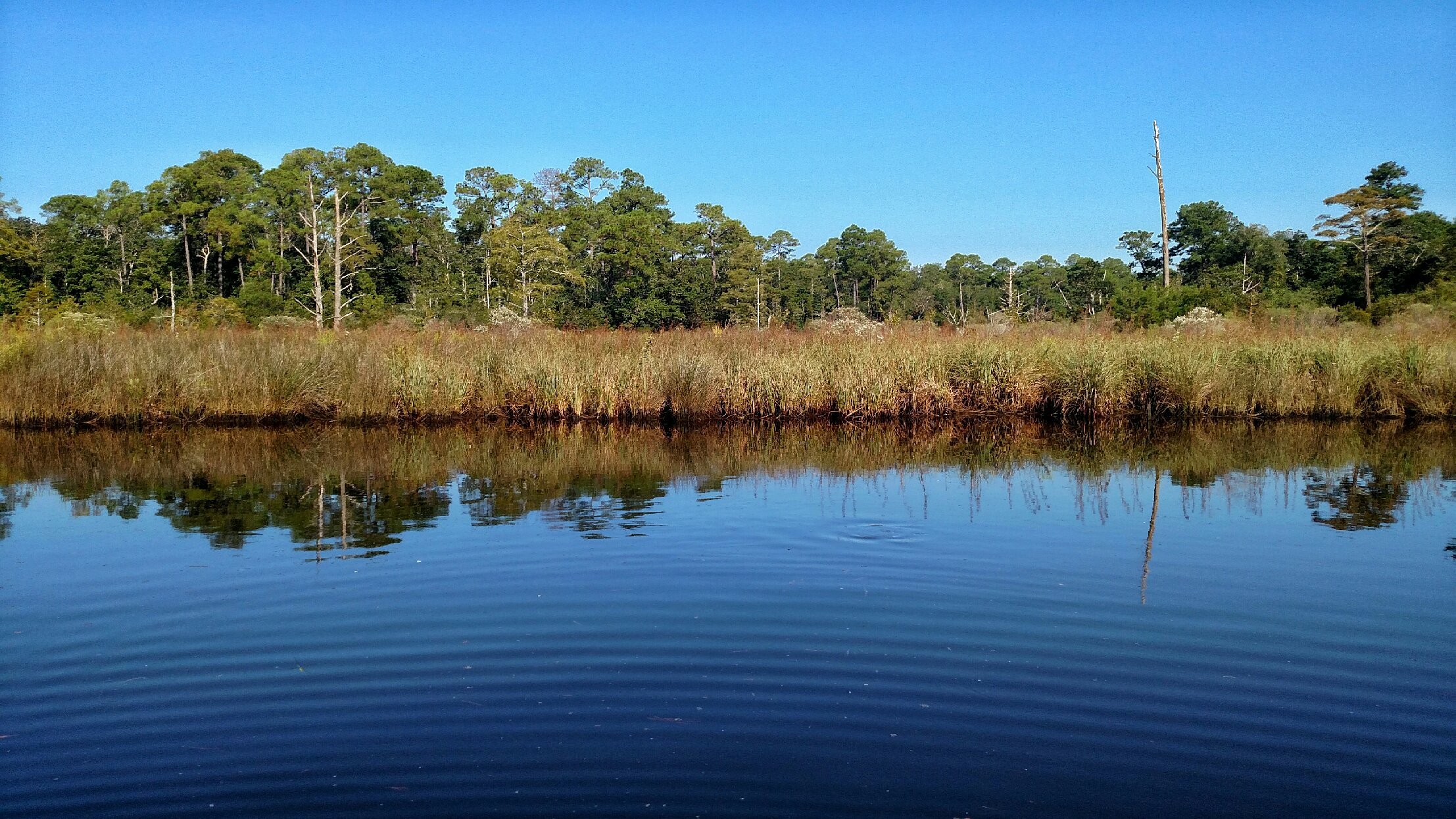 Mornings are very important to us Southerners, especially New England transplants like me. During sweltering summers, where my dashboard hits 98 degrees F every damn day, mornings have become my oasis. I can explore outside without sweat dripping from my nose, or wear a T-shirt without worrying that my forearms will scorch in the noon-day sun.

I felt especially thankful for the cooler air while boarding a touring boat at the Weeks Bay National Estuarine Research Reserve along the coast of Alabama. Dedicated to science, conservation, and education, the reserve focuses on the smaller Weeks Bay, which in turn connects to Mobile Bay. I was touring the reserve for two days, and felt pumped to get out on the water. 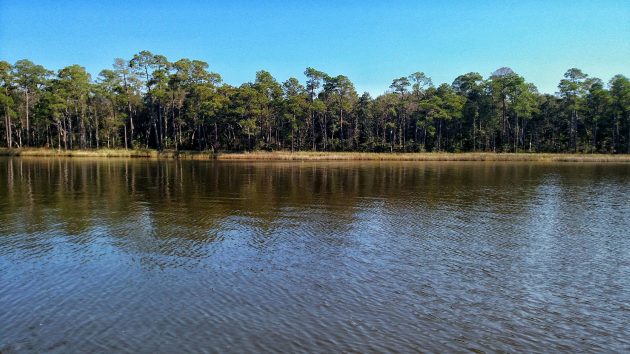 Besides our engines, birds made up the majority of the noise. The water popped with rising menhaden, and giant Brown Pelicans dove with watery crashes after them. Flocks of Bonaparte’s Gulls,  dotted with Royal Terns, flew past our boat. Laughing Gulls rested on the water like buoys.

As part of the tour, we turned up the Magnolia River. Though there were homes and wooden docks, much of the banks remained natural. Belted Kingfishers looked for fish from atop snags, and Ospreys joined them in the darker recesses of the canopy. Egrets paraded among the marsh grasses and shallow water; every so often, a Great Blue Heron opened its wings and took off, eliciting ooh‘s and aah’s from the group on the boat with me. I nodded, always equally impressed when Great Blue Herons glide by.

Throughout the two hour ride, we learned abut the local ecology and land use of the area, with plenty of opportunities for bird viewing. And all without breaking a sweat!