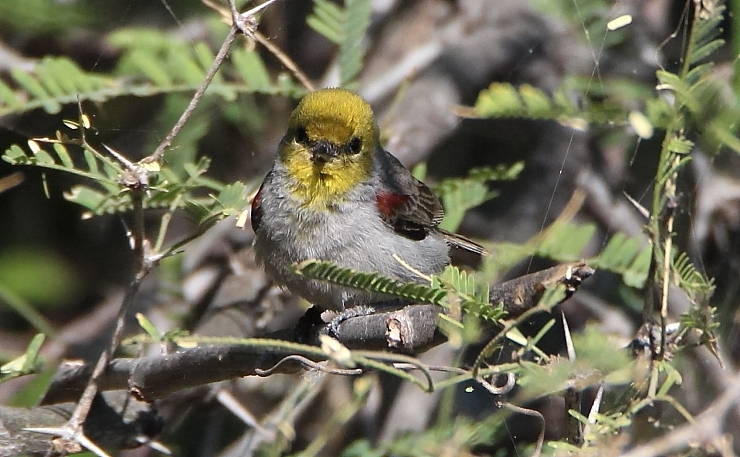 Necessity being the mother of invention, and all that, the almost-total disappearance of Mexico’s second-largest lake in the spring of 2021 forced me to try a new birding route last May. I had heard that there was still a bit of water at the lake’s eastern end, near the towns of Araró, Iramuco and Andocutín. Thinking that might mean a serious concentration of waterfowl and shorebirds there, I made the 50 mile (75 km) drive to those towns.

As it turned out, the remaining water was too shallow for ducks, except a few Northern Shovelers. It was only a bit better for shorebirds and egrets. (Admittedly, early May is too late to find most duck species in Michoacán, even in a good year.) But I did find a wonderful surprise on that trip, a species to which I will return below.

To my delight, our hydrological situation made a wonderful turn to the wet side in the summer of 2021, and this year the lake has water over almost all of its 150 square mile (400 km2) surface. This would seem to free me from the need to make the long trip back to Araró and Iramuco. But I had recently heard that the area’s deeper waters hosted huge numbers of Canvasbacks, a species I have only seen a couple of times on the lake.

It only takes me a half hour to reach my closest access to Lake Cuitzeo. Reaching Araró, near this very long lake’s eastern end, takes a full hour — but only if I am willing to pay roughly three dollars in tolls, each way. If I choose to avoid those tolls, the drive becomes 90 minutes each way. And that’s just to get to where the fun begins.

In order to reach Iramuco, which is right on the shore, I must drive yet another half hour. The first part of this drive goes through the center of Araró, which on this particular Monday was helpfully blocked by a massive tianguis (street market). The last part is unpaved, and very, very dusty. But the middle third is, I am sorry to say, “paved”. That means that traffic cannot smooth out the undulations, as it does on the unpaved road. No, the paved parts maintain their original height, while the potholes (roughly one-thrid of the total surface) rest several inches below.

I discovered that the locals had opted for driving to one side of this “paved” section, on an improvised dirt road. I chose to do the same.

I will probably think long and hard before I take that long and bumpy road again. Still (to quote another old song), I don’t regret what I did for love… of birds. First, I am still in that wonderful part of the year where every serious outing brings yet more First-Of-Year birds, and this day brought six of them. Second, one of these FOYs is the very special bird I teased at above. The Verdin is a desert bird that should not be in Michoacán, one which no one but yours truly has ever reported on eBird for Michoacán. But the road from Araró to Iramuco, shaded by their beloved mequite trees, is crawling with these cuties.

And in every position.

There was also a noisy family of Nutting’s Flycatchers to keep me company:

Once I got closer to water, I saw the usual Laridae, the Ring-billed Gulls and Caspian Terns.

But it was a bit more exciting to also see the less common Laughing Gulls and Forster’s Terns.

The lake’s resident American Avocets are starting to show their russet breeding plumage.

Meanwhile, the fish guts around a fishermen’s landing zone caused the local Egrets and Night Herons to break out in dancing.

This one is doing the Church Lady Dance.

This one is just strutting.

On the way back, but still on the smoother dirt road section, a common Red-tailed Hawk took flight and circled over me, giving me some uncommonly good photos. 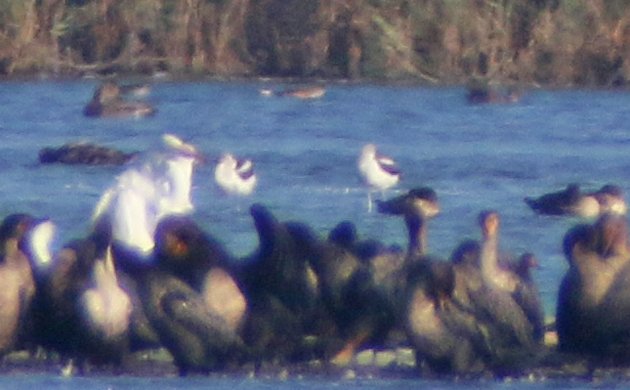 Best Bird of the Weekend (Last of September 2019) 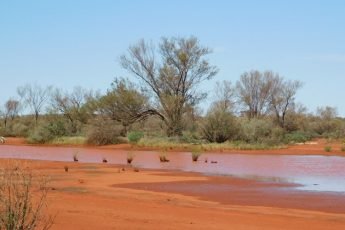