It’s August, and first on the menu is: Fried Rehabber.

Summer is high season. The general public is out and about, birds and animals are raising their young, and human/wildlife interaction is at its peak. If you are a rehabber, this means your phone never stops ringing, your emergency services are in constant demand, and your stress level is off the charts.

Two days ago I went on Facebook and queried some of my exhausted compatriots: if you could have one wish right now – anything in the world – what would it be? “I don’t want to be too hasty in my response,” wrote Gay in Virginia. “Let me ponder it while I’m picking up two gulls and an egret.”

“Got to finish browsing for the fawns and collecting chiggers,” wrote Becky, from an island off North Carolina.

Eventually everyone made it to their computer, and created the Summer of 2013 Rehabber’s Wish List:

Money. No one wished for diamonds, fast cars, or penthouse apartments. Out of over 30 respondents, almost everyone wanted money for better facilities, paid staff, on-call veterinarians, emergency vehicles, food, and protected land – from Terry and Lindsay in California to Cindy in Michigan, from Sally in Kentucky to Mickie in South Dakota, and Lisa and Lia in New York. “God, we’re a selfish bunch, aren’t we?” wrote Laura, on Long Island.

High Technology. “Self-cleaning pens, never-empty feed buckets,” wrote Angel in South Carolina and Zoe in California. “A robot that feeds baby birds so I can take a nap,” wrote Jodi in Massachusetts. “A filtration system that works on waterfowl pools without clogging,” wrote Linda in Connecticut. “Tiny transmitters that wouldn’t hurt or irritate my releases, so I know what happens to them,” wrote Michele in Pennsylvania and Elle in Oklahoma. “As long as we’re dreaming,” wrote Erin in New York, “how about if the transmitter signals are received by our own personal TV sets, and each has its own channel so we can watch what’s going on through their eyes as a live feed?”

Change in Law. “One wish? That’s easy!” wrote Veronica in California. “I wish for a federal law prohibiting domestic and feral cats from roaming free outdoors. Violation of the law would be punishable by substantial fines, plus the cat owners would be required to perform community service at a local wildlife rehabilitation facility. They’d also have to pay for every aspect of care the injured bird requires, as well as the emotional suffering of the wildlife rehabilitator!”

Change in Attitude. “I wish people would start appreciating the misunderstood animals out there, like snakes and opossums,” wrote Elissa in New York. “That more rehab centers would accept non-natives, like pigeons house sparrows, and starlings,” wrote Charis in Oregon.

Change in Government Attitude. “I’d wish for rehabber-appreciative regulators who don’t think adding paperwork equals adding security,” wrote Louise in Oregon. “I’d wish that wildlife biologists who have no personal experience with species we work with all the time would listen and consider what we say,” wrote Marge in Wisconsin, adding, “I’d wish that state and federal biologists be required to spend time with a qualified wildlife rehabilitator so they can develop their own opinion of our work, rather than simply listening to what passes between agency hires. Why is there no state or federal money available to care for federally protected species? I’d wish for respect for what we do.”

Magic. “I wish time were totally under my control,” wrote Kim in Oklahoma. “That way I could turn it back and relive wonderful releases in slow motion, stop it and go take a nap, and fast forward it so any losses are just a blur.” Monte in California agreed: “I’d like some time just to watch healthy wild families.” Charitable Things. “I’d wish that I win tonight’s Powerball so I can donate a ton of money to all my rehabber friends so they don’t have to struggle anymore!” wrote Maryjane in Pennsylvania. “Me too – if I win, all my rehabber friends can be sure they’ll be remembered,” wrote Eileen in Kentucky. “Ten new serious, qualified, committed wildlife rehabber-wannabees to knock at the doors of all local licensed rehabbers!” wrote Heilke in Colorado.

Personal Things. “A hot tub for my sore muscles,” wrote Sigrid in Colorado. “A massage therapist for an hour every morning, then I wouldn’t be so bitchy,” wrote Jodi in Massachusetts. “Just for one day, not to be pooped or puked on and to not find rat guts hanging off my clothes,” wrote Susan in Michigan. “Twenty-four hours uninterrupted sleep,” wrote Vonda in Georgia.

Just Desserts. “I’d like all box turtles fitted with an electroshock mechanism that zaps anyone who picks it up to take it home or relocates it to a ‘better’ habitat,” wrote Erin in New York. “I’d like a hit squad to visit the people who call me in the middle of dinner or at 3 AM to tell me they have a baby raccoon they found two weeks ago,” wrote Kathy in Indiana. “Not only that, but I’d like five dollars every time I have to listen to someone tell me they kept a (fill in species of random animal) until it ‘got wild’ and bit them, and then (fill in horrible form of animal demise). I haven’t decided yet, I may have the hit squad visit them, too.”

(Please see above photo of Rehabber Hit Squad Vehicle, my own personal wish. Hidden by camera angle is hitch on back for wildlife trailer.)

Creative muscle. “I want all of the above,” wrote Gay in Virginia. “But don’t forget the master carpenter who looks like Johnny Depp, loves wildlife, and is independently wealthy so he doesn’t need to get paid.” 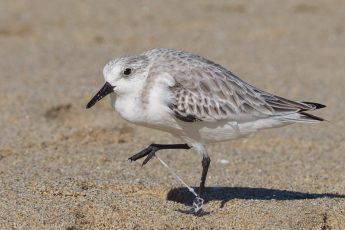 For Wildlife Emergencies, A Nationwide Hotline