Winter birding can be fun, especially when you do it in a place with palms, parrots, and weather for wearing shorts. This is where the summer birds go, where those fall warblers went sometime after October. It involves an increasingly perilous trip but with instincts that demand survival, the only real choice is to stay with summer and fly south. A lot of birds take a shorter trip to Florida and the Caribbean, many spend the winter in southern Mexico, and some species even fly all the way to southern Amazonia (this drink is for you Veerys).

Other birds stay in Central America and this makes winter birding in Costa Rica replete with a nice selection of wintering species including wood-warblers. In general, they can be grouped into two main factions; birds of the highlands and species that prefer the lower, warmer altitudes although a few can also winter from the lowlands up into cloud forest. Not including the vagrants, these are the warblers that regularly frequent green space in Costa Rica:

Similar to how this stream bird rolls at its summer home, in Costa Rica, this bird also frequents rushing forested waterways. Go birding on any stream in hilly and highland areas and you will probably see a few of these cool warblers.

This Hemlock loving beauty is one of the more regular warblers of highland forest.

Although you will probably see 20 or so Black-throated Greens for every Townsend’s, this western warbler is regular in Costa Rica.

Pretty uncommon and greatly outnumbered by the Mourning Warbler but still present in brushy habitats of the highlands.

Many more of this fire throat move through Costa Rica during migration but some do stay to winter in foothill rainforest and cloud forest. As with every wood-warbler, always a pleasure to see!

This little bird is the most common wintering warbler of the highlands. They occur in brushy habitats and in the undergrowth of highland forest.

Despite this hefty warbler being one of the common birds up north, few of them make it to Costa Rica. The ones that do typically occur in highland habitats.

Wood-warblers That Prefer the Warm Places

This tail bobber is a common species of mangroves and any other wet spot in the lowlands.

Not nearly as common as some other wintering warblers but still present and regularly encountered with mixed flocks in forested habitats. Similar to its behavior on its breeding grounds, this warbler mostly forages in dead leaf clusters.

Another uncommon but regular species of brushy habitats and secondary forest.

Yet another uncommon species for Costa Rica. Listen and look for it in marshy habitats.

This skulker is one of the more common wintering warblers in Costa Rica. It’s usually found in dense understory vegetation.

A beautiful common species of mangrove and other wetland habitats of the lowlands.

Not as common as some other species but regular in wet, tangled second growth in and near lowland rainforest.

Learn the call note of this skulker and you will find it in any number of foothill rainforest sites.

Pretty uncommon, maybe less so than in the past but still regular in second growth and some forested areas.

A regular bird of mangroves and other second growth and forested habitats.

Get ready to see this bird. This is one of the most common wintering warblers, especially in regions with rainforest. It can occur in a variety of habitats including second growth and forest. Since this bird was historically rare, I can’t help but wonder if higher numbers of this species have made some sort of impact on the ecosystems where they spend the winter. If they did cause any changes, those would have taken place many years ago.

The other most common wintering warbler in Costa Rica. Hundreds occur in edge and open habitats.

Warblers That Live in Both Situations

A skulker but regular in a variety of forested sites.

A common bird, especially on the Pacific slope. Some visit fruit feeders but they prefer the nectar of flowering trees and bushes.

Somewhat uncommon but regular with mixed flocks in a variety of forested sites.

Yes, one of the star wintering birds of Costa Rica! Apparently, birds from the Great Lakes population winter here in a variety of forest habitats. They usually occur in mixed flocks where they forage in dead leaf clusters. Since they spend so much time focused on that microhabitat, their survival may depend on foraging with other birds that notice the predators in wait.

Other warblers can also occur but the birds mentioned above are the ones to expect when birding in Costa Rica during the winter months. As with so many other species, many aren’t as frequent as they used to be but if they come to Costa Rica, there’s a good amount of green space waiting for them. 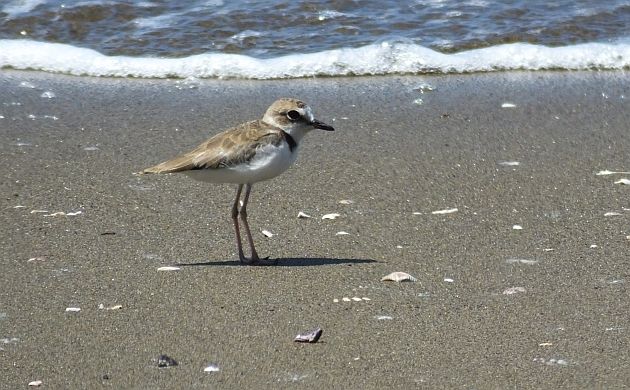 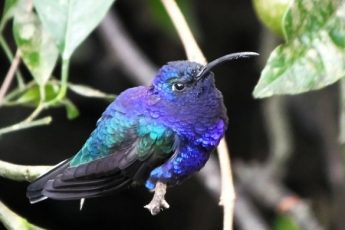