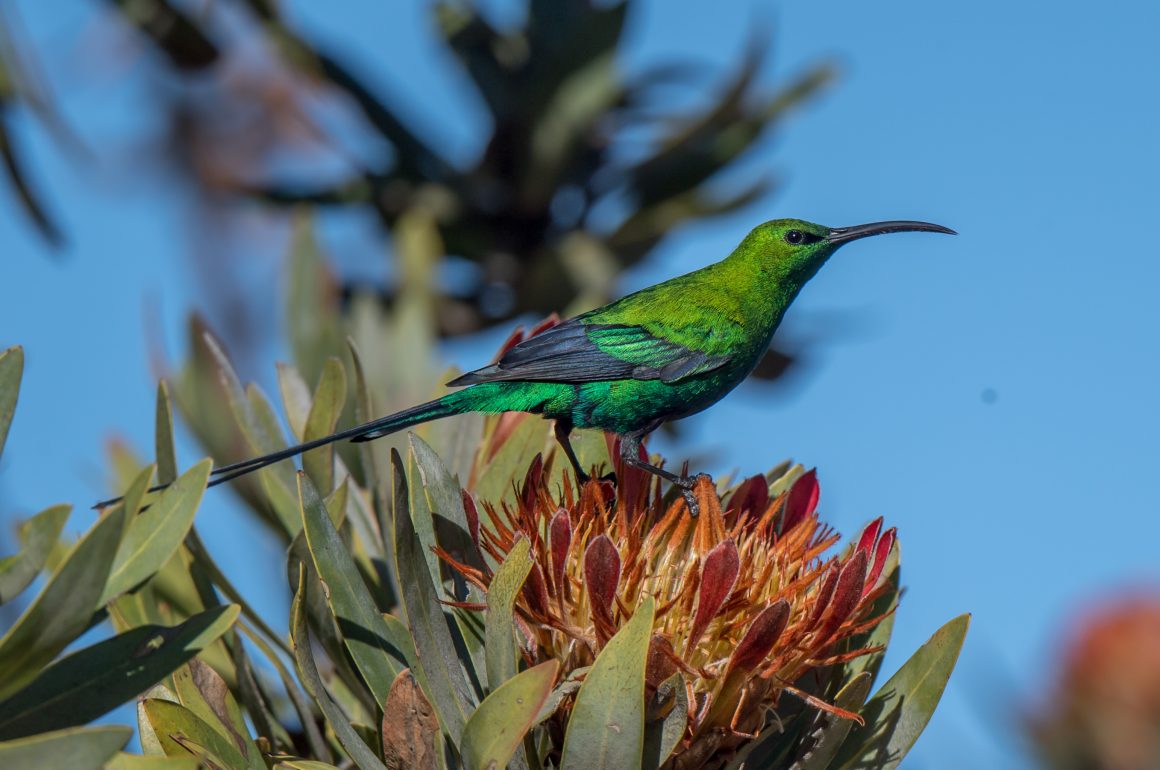 Given the strict covid prevention measures here in China, I have not left the country in almost 2 years now. Fortunately, China still has lots of interesting birding locations left for me. But of course, it is also nice to remember past birding trips. One in November 2018 included a one-day birding trip in the Drakensberg area, a mountain range in the border area between South Africa and Lesotho. Basically, this is a trip driving up the mountain to the border between the two countries on a truly horrible road, having a meal there, and driving back. Pretty pointless, I guess, if it wasn’t for the birds – though it seems some tourists take the same tour just to get the Lesotho stamp into their passport.

For some reason (mainly laziness), the birds below are ordered alphabetically. That does not make much sense, I know. I use the time thus saved to think about useless things (The National). Needed to get a reference to them into this post.

The Bokmakierie is a distinct looking bird with a rather weak explanation behind its name, specifically, “The name, Bokmakierie, comes from its melodious call notes, often uttered in duet, from the top of a bush or tree.” I listened to its call on xeno-canto and have to conclude that it takes a lot of imagination to agree with this rationale.

The additional information that the Bokmakierie is called “iNkovu” in Zulu does not help much, either.

One might conclude that this is a rather lazy bird, given that according to the HBW, the longest distance a ringed bird has ever been discovered away from the ringing location was just 5 km. Or they are afraid of flying. The idea of floating in the air without anything to hold on to is scary, I have to admit.

Of course, with the Drakensberg still not that far away from Capetown and South African explorers obviously very fond of saving mental energy by simply starting bird names with the word “cape”, we have the Cape Robin-Chat …

… and the Cape Weaver.

For some reason that is hard for me to fathom, there is no such bird as a Cape Woodpecker. Just possibly it exists but just has not been discovered yet. A challenge for young birders, maybe.

The Common Waxbill looks like it belongs in a pet shop rather than in the wild. In fact, this is probably a species that has substantially expanded its original range through the pet shop route and the resulting escapees. Originally restricted to Africa, it is now also well-established in parts of Europe and South Africa. Cute looks and adaptability as a cage bird conferring an evolutionary advantage.

For the Common Bulbul (aka Black-eyed Bulbul, aka Dark-capped Bulbul), the number of different names already hints at a broad range and a largish number of subspecies. In fact, it seems to be one of the species employed by past ornithologists to establish their own monument in the shape of a subspecies. This is how a scientist (on HBW) politely but clearly refutes these subspecies: “Vocal differences appear negligible. Races gabonensis and inornatus intergrade in Nigeria; proposed races nigeriae (S Nigeria) and goodi (N Cameroon) not satisfactorily distinguishable from former and latter, respectively. In addition, a number of other described races are too poorly marked to warrant recognition“. I guess that is as close to saying “bullshit” as a scientist will get.

As the name suggests, the Drakensberg Rockjumper is a local specialty, only to be found in mountainous areas in Lesotho and South Africa, and (as many range-restricted species) near threatened. The HBW describes the species as “striking”, which is well deserved. Another bird one could easily see to be turned into a (slightly evil) cartoon character. A pity I cannot draw.

I grew up in a small town in Northern Germany. It is located about 15 km away from a bird park that (rightly or wrongly) claims to be the biggest in the world. So, school activities included the occasional visit to this park. I think they had Grey-crowned Crane on the cover of their advertising leaflet. Nice to finally see them where they belong, out in the wild. Nice not to be a kid, too.

While the idea of a Ground Woodpecker sounds a bit absurd, it helps to know that this species mostly lives on ants, similar to the Wryneck (another woodpecker, though it does not look much like one). Unfortunately, it is near-threatened for the all-too-familiar reason of loss of suitable habitat.

Gurney’s Sugarbird is not a name I made up. After my Przevalski experience, I now look up such names to check whether the person the bird is named after has made similar racist statements, or even done worse things. It seems this is not the case for John Henry Gurney (1819 – 1890), apparently an English banker, amateur ornithologist, and Liberal Party politician. The bird looks a bit more interesting than that. It is near-threatened.

Unfortunately, there is no sound with this photo of a Hadada Ibis. According to the HBW, “Frederick Jackson, turn of the century Governor of Uganda, and an early leading authority on the birds of East Africa, likened those calls to the hideous mocking laughter of a witch”. Sounds interesting.

I wonder what Jackal Buzzards sat on before there were electricity lines. On the ground?

No photoshop was needed to document this bizarre creature encountered somewhere along the road. I have no clue what its name is. Probably something like “Common Tree Lizzard”.

The crest of the Long-Crested Eagle looks a bit exaggerated to me – like some retro-punk wearing a mohawk decades after 1977. Maybe a bird that has seen Taxi Driver a few too many times. After I saw that movie for the first time, I dyed my hair black. My only excuse is that I was quite young then.

The Malachite Sunbird is quite large for a sunbird. Occasionally, it seems these birds can be quite long-lived – a paper documents a recapturing of a ringed female after 10 years. I am not sure whether the far more highly visible males can reach the same age – maybe not. Life is not necessarily fair.

The Neddicky is a cisticola and thus related to the Zitting Cisticola here in Shanghai. Unfortunately, there is no exciting explanation for the name other than that is how the bird is called in Afrikaans. Well, it is a modestly looking bird, maybe nobody bothered to think of a more interesting name.

The Pin-tailed Whydah is a slightly more interesting bird – and one probably not much liked by the Common Waxbill shown earlier, as it is a brood parasite of it. Nice tail though.

The Buff-streaked Chat looks much nicer on photos online than on the one shown here. Better not take any photos around noon on sunny days.

The Red-billed Quelea is one of the most common birds in the world, with an estimated number of about 1.5 billion of them. Still, a small number compared to the estimated 26 billion chickens in the world. So, while each person in the world can theoretically have about 3 chickens, about 5 people have to share one Red-billed Quelea. I am sure this is saying something, though I am not quite sure what.

For a person like me usually birding in Shanghai, the Southern Boubou reminds me a bit of the Oriental Magpie-Robin. I am pretty sure this similarity has no genetic component whatsoever.

The Speckled Mousebird is another bird classified as a cartoon bird by leading ornithologists. I was vaguely curious about the family name mousebird. It seems there are several explanations for it. One being that the name is based on the bird’s soft feathers with a texture similar to a mouse’s fur. Another website – apparently one for kids – claims that they get their name from the way they scurry along like mice. A third site combines the two explanations: “They got their name from their mouse-like appearance and mousy habits of scampering around bushes as they forage for food”. Sounds like the safest answer. My favored explanation – that they were named after Sir Edward Mouse (1838-1912), the famous Welsh naturalist – unfortunately is not provided anywhere.

Even hardened field ornithologists tend to agree that the Spur-winged Goose is pretty ugly. 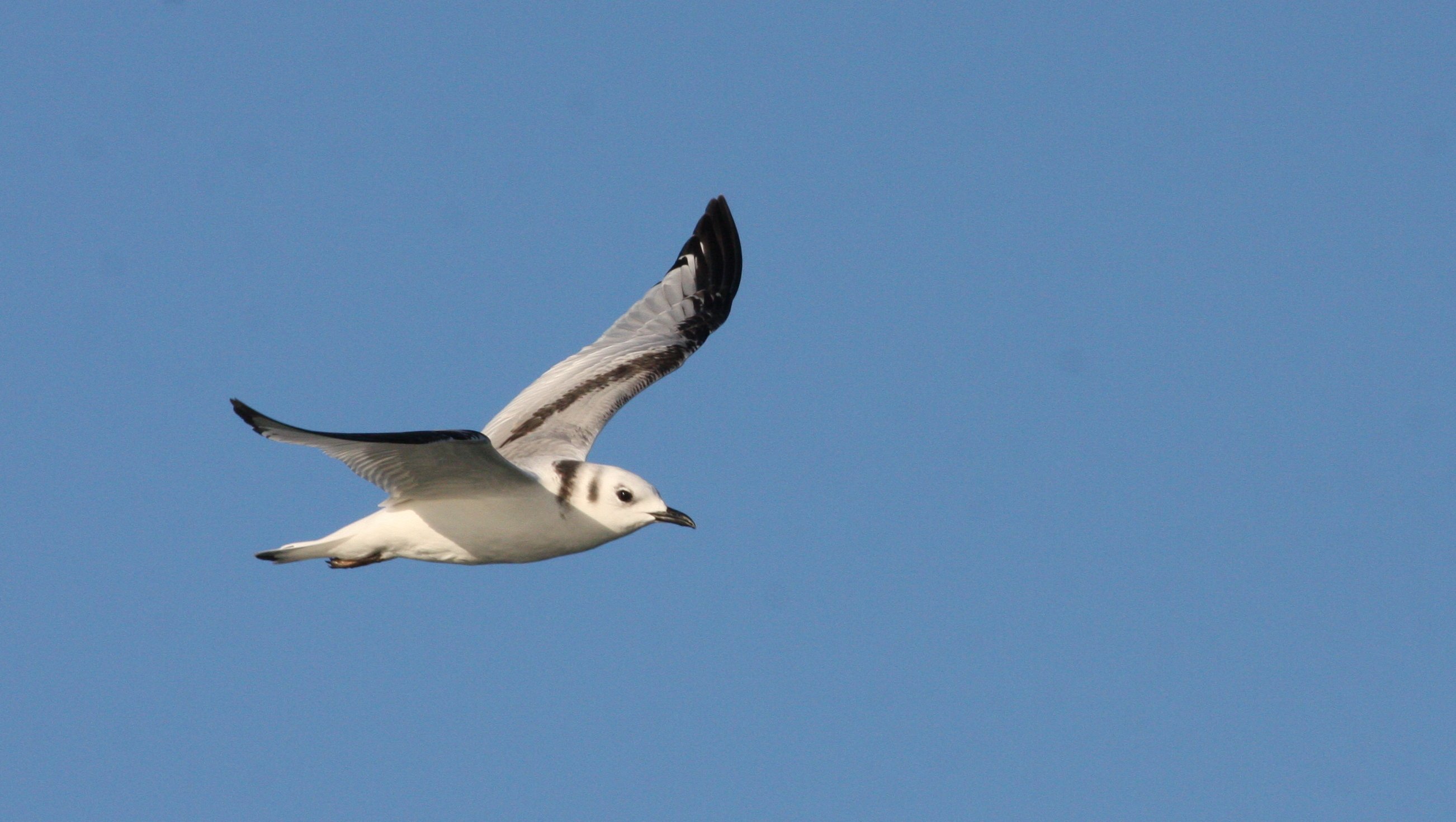 Where Are You Birding This Second Weekend of January 2014?