Spring is in the air, and all around the Baja desert I am seeing a plethora of species, all looking for love, in what appears to the right places. Last Sunday, it was never as obvious as it was with the small group of Phainopepla, Phainopepla nitens. I thoroughly enjoyed watching them swoop erratically from tree to tree to cactus. Males chasing males, males chasing females, much like a complicated, erratic dance routine. Their various calls being sent to all corners of their territory. The silky black plumage of the males almost glowing in the bright sunlight, the striking white wing tips, flashing with each wing beat. 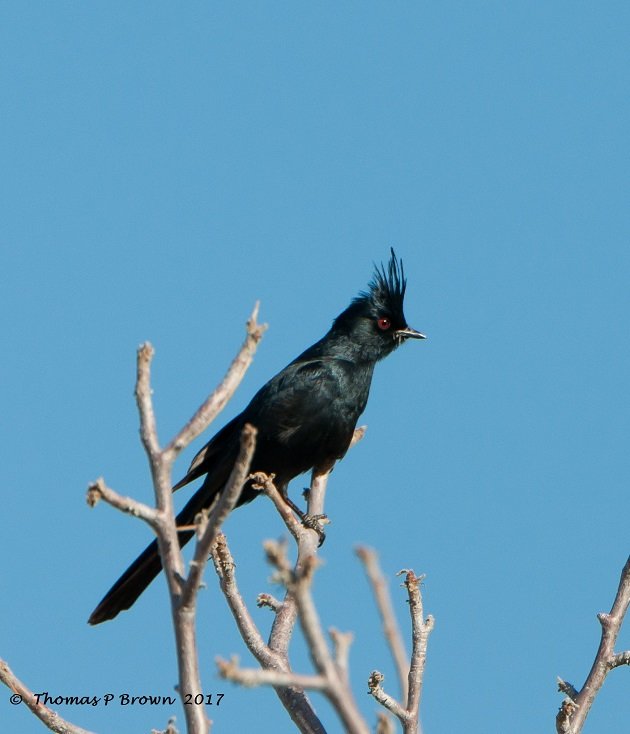 A member of the small Ptiliogonatidae family of silky-flycatchers, of which there are only three other species besides our local Phainopepla, Phainopepl nitens. The Black-and-white Phainoptila, Phainoptila melanoxantha from Costa Rica and Panama. The Grey-silky Flycatcher Ptilogonys cincerus, the is nearly an endemic of central Mexico, but for a few vagrants who vacation down in Guatemala. Then there is the Long-tailed Silky-flycatcher, Ptilogonys caudatus, living in some of the high mountains of Costa Rica and Panama.

The females are a dark, slate colored gray, with much more obvious white edges on the wing feathers. 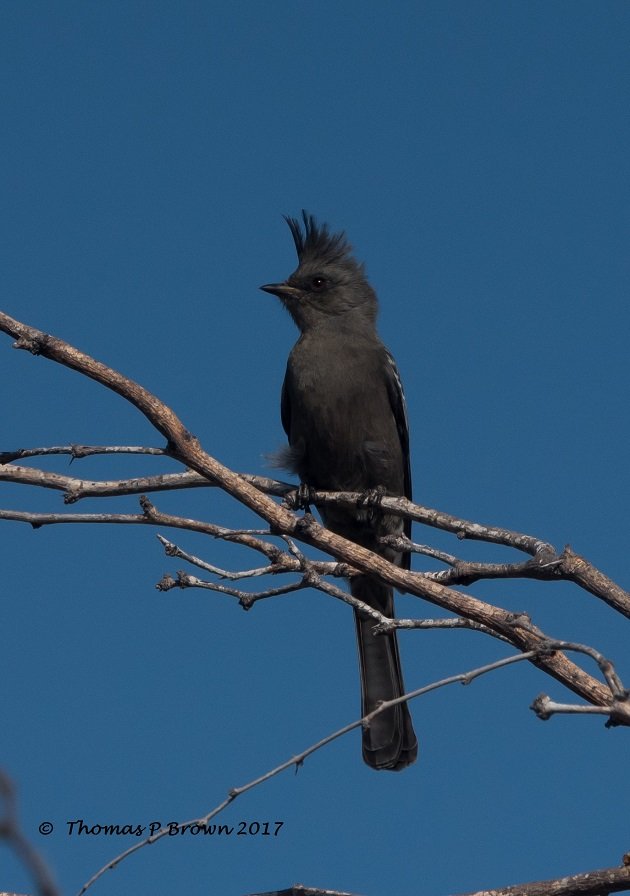 While being a member of the flycatcher family does give it some occasional fly catching behavior, its claim to avian fame is in a digestive tract capability. The bulk of the food for Phainopepla comes from the many different desert berries, especially the Desert Mistletoe, Phorsdendron californicum. Many of these hardy berries have very tough skins, but the gizzard of the Phainopepla a unique ability to shuck off the skins of the berries in such a manner that is packs the skins away from the fruit for better, more efficient digestion. It would appear that this is the only bird with this capability.

The birds living on the Baja are fulltime, breeding residents, while many of the birds will range as far north as central California, and Utah. They frequent the dry, hot desert areas, which includes Arizona, Nevada and central mainland Mexico. 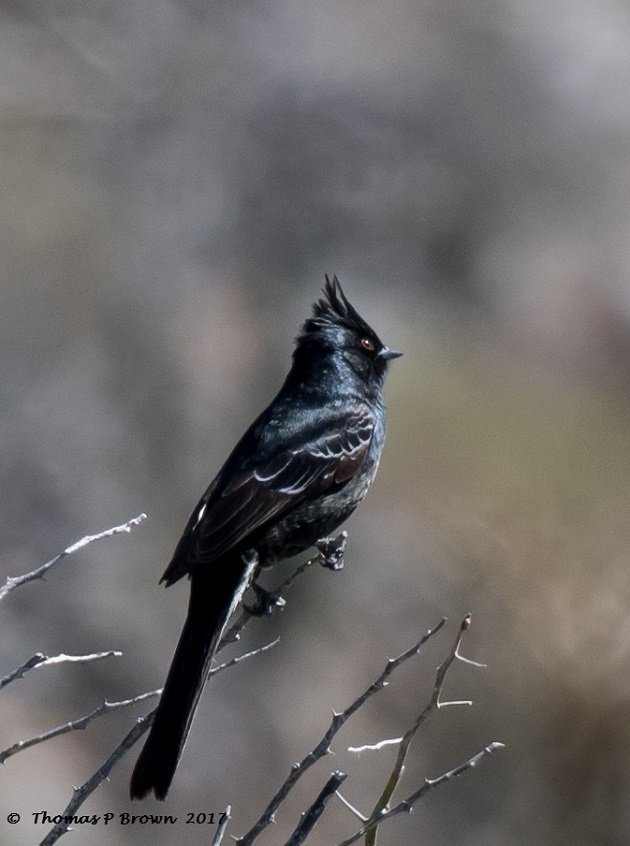 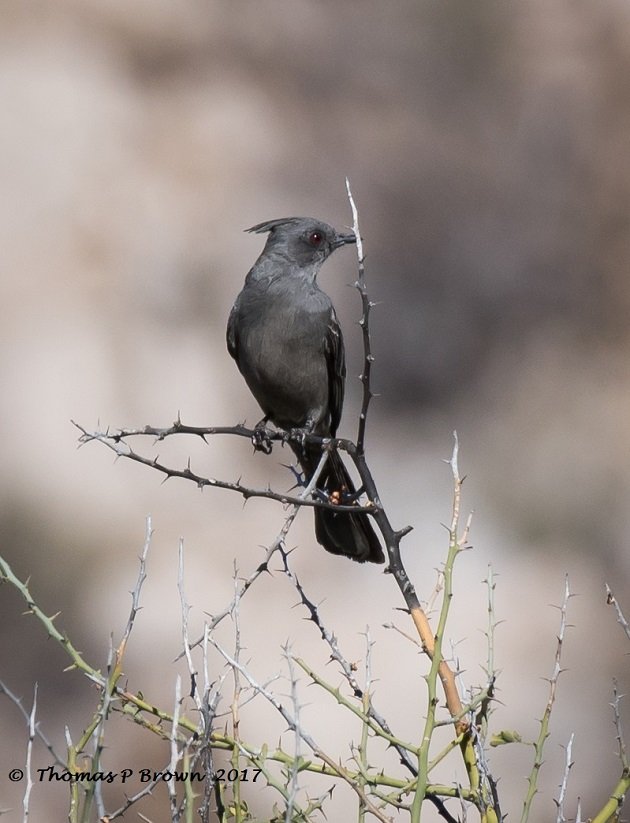 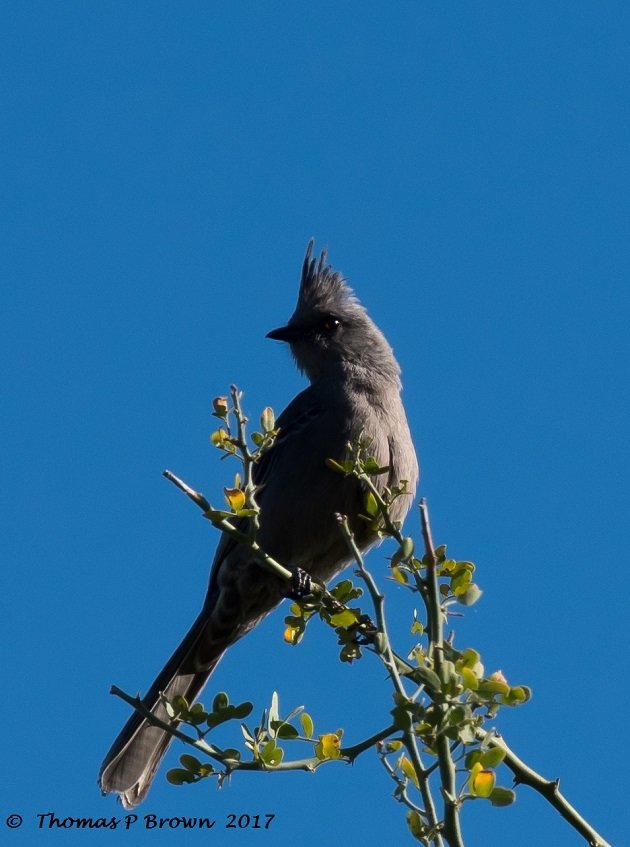 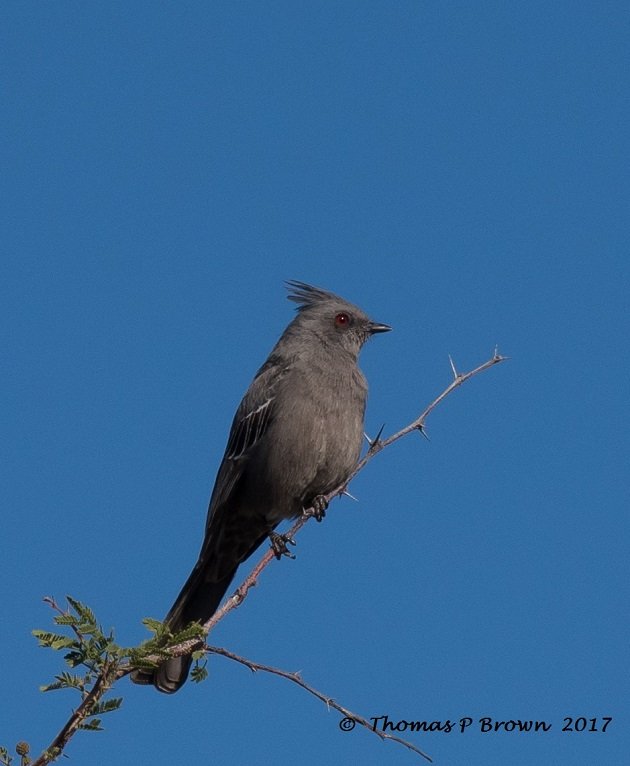 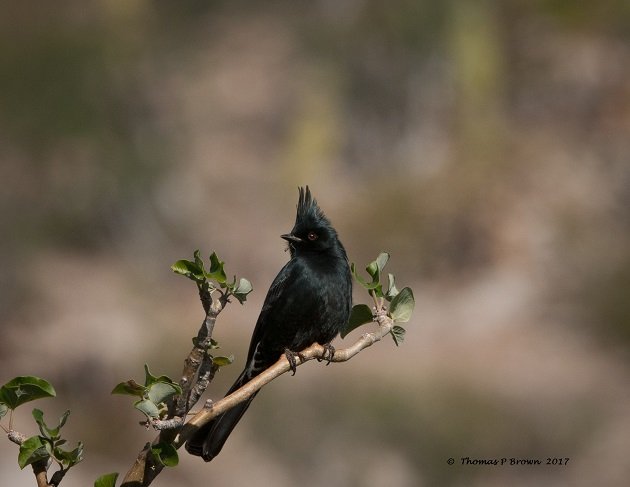 Many Happy Returns to the Owl Research Institute

Lewis's Woodpeckers Are Back 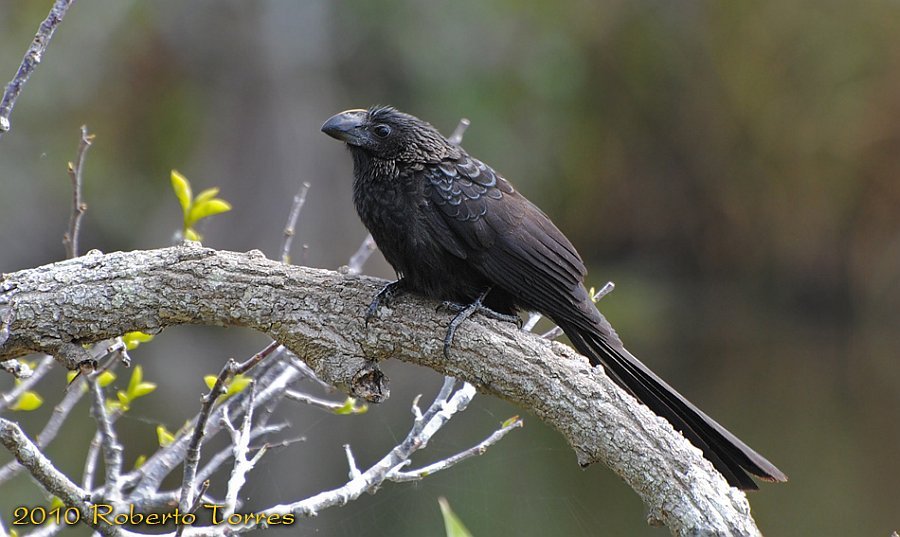