August 4, 2018 by Patrick O'Donnell No Comments

In Costa Rica, it’s not hard to find birds. Even if you had to spend a few frustrating days stuck in the urban wonderland of San Jose and surroundings, you still share the streets and parks with screeching Crimson-fronted Parakeets. The querulous whistles of Grayish Saltators emanate from gardens, and a hawk or two of the Zone and Short-tailed variety might be glimpsed kiting overhead. However, few people come to this beautiful country to be stuck in San Jose; some plane it here for the beach life, others for zip-lining and tropical adventure. With hundreds of bird species to look for, us birders know the best reason for visiting Costa Rica and that’s why we put San Jose in the rear-view mirror shortly after arrival. There are much birdier sites in Costa Rica, and some of them are a short drive away. 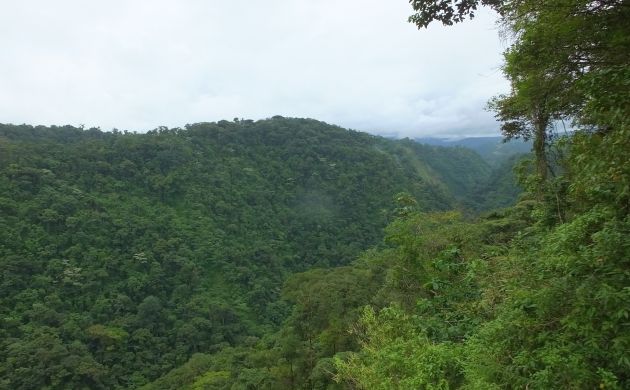 Just a short drive away…

Fortunately, being such a small country, you don’t have to go far to find more birds. One of those choice places is just on the other side of the mountains to the north of the airport. Go up and over during a leisurely hour and a half drive and you reach Virgen del Socorro, one of Costa Rica’s classic birding hotspots. Since this is one of the closer places to home, I bird and guide in this area quite a lot and am happy to do so because Socorro never fails to satisfy the birding itch. Recently, during some pleasant guiding around Socorro, I was reminded of why it’s so nice to bird there. These were three things that came to mind:

Coffee– While one doesn’t need to go birding to drink coffee, for many, partaking in the juice of the roasted bean does lend itself to better birding (or just functioning with your eyes open). In Costa Rica, we grow coffee. Really good coffee! And when it’s served at a cafe that also has bird feeders near cloud forest? This is the stuff that birding dreams are made of. 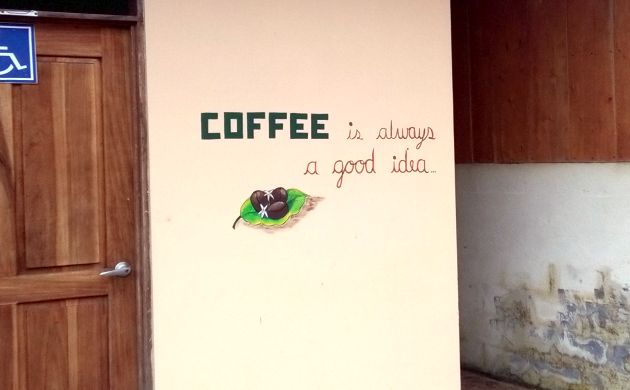 Around Socorro, there are a few places where you can live the beautiful combination of fine coffee and colorful birds. One of the better options is the “Cafe Colibri” (officially known as the “Mirador de Catarata de San Fernando”). You might not find it on a regular non-birding map but you will see it in eBird. If you had Spiderman birding senses, they would also lead you straight there. 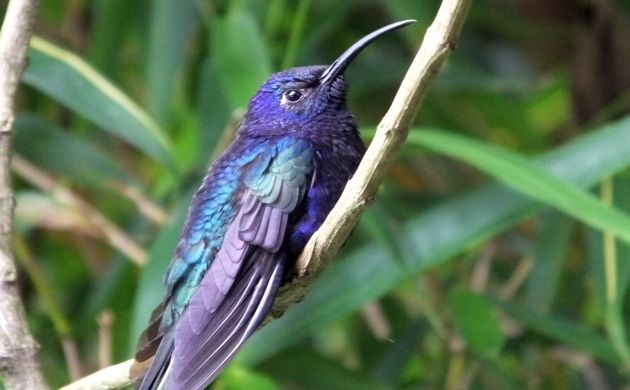 Open for business at six, this bird friendly locale serves up some fine coffee meant to be enjoyed in the presence of Northern Emerald Toucanet, Prong-billed Barbet, Silver-throated Tanager, and several typically feisty and unreal hummingbirds. 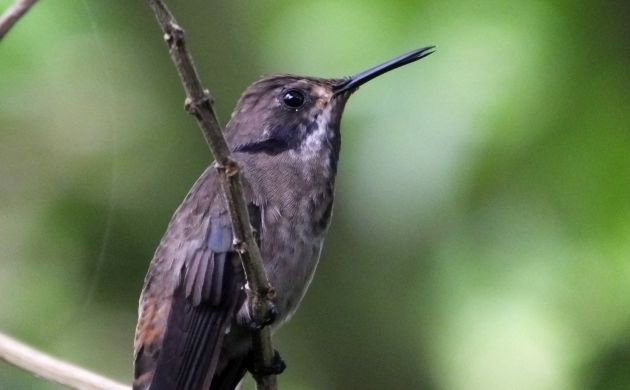 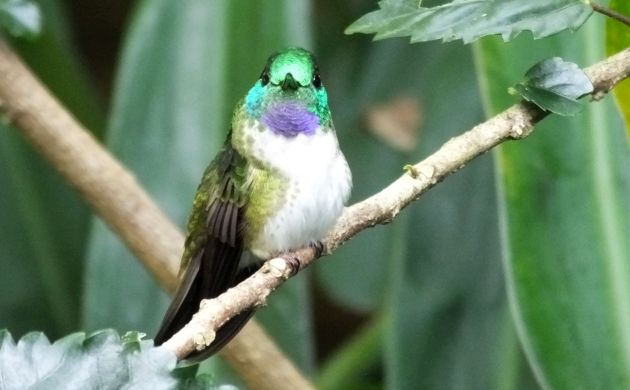 If you happen to have already visited the Cafe Colibri, you can still combine coffee and birds a bit further down the road at the appropriately named, “Mi Cafecito” (“my little coffee”). Espresso, cappuccino, and specialty coffees are all available. This means that once you are sufficiently caffeinated, you can walk the cement (and slippery) trails. Both of these sites also have great birding and that leads us to the next bonus factor associated with Socorro.

Proximity– Although this area is fairly close to San Jose, the nearness in this case is all about the birds. At the Cafe Colibri, the birds are so close, binoculars almost become a hindrance. A typical morning of birding here includes close encounters of the feathered kind whereby Coppery-headed Emeralds zip past your head, and Violet Sabrewings and toucanets feed within arm’s reach. If you do visit, be forewarned, birding overload is a real possibility! Onset of the condition occurs when a Green Thorntail perches a few feet in front of you while mountain-gems chase each other on the right, Silver-throated Tanagers show their colors on the left, Prong-billed Barbets yodel in the background, and a quail-dove walks underneath it all! It’s mental collapse of the best kind, coffee sort of helps although I also recommend the organic chocolate sold on site. 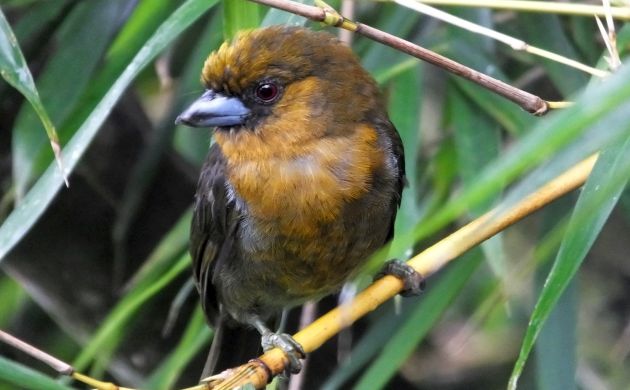 Yet another super close look at a Prong-billed Barbet. Imagine hanging out with this regional endemic while sampling some organic chocolate.

Down at Mi Cafecito, although feeders are lacking, a winning combination of habitat, trails, and overlooks still make it easy to get close to lots of birds. The other day, within a walk of 300 meters (say three city blocks), we had Ocellated Antbirds on the trail, beautiful tanagers and euphonias feeding at eye level, and a surprise Sunbittern lurking at the edge of a fish pond. Yikes! It was almost too much! 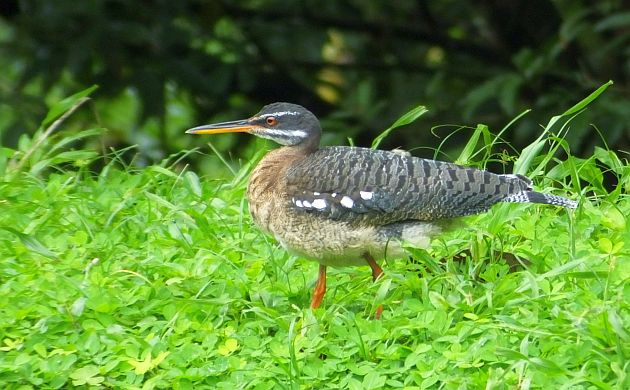 Quality– Speaking of the distant cousin of the Kagu, quality birds are also in store in the Socorro area. “Quality” defined here as birds seen less often, we had several during a rather casual morning of birding. In addition to the Sunbittern (which gave us prolonged views) and the more timid Ocellated Antbirds, we also had a perched Ornate Hawk-Eagle, White Hawks, Carmiol’s Tanagers (an indicator of quality forest), several tanagers, and White-vented Euphonia. Other birding times at Socorro have produced Lanceolated Monklet, Tawny-throated Leaftosser, White-tipped Sicklebill, Yellow-eared Toucanet, Blue-and-gold Tanager, and other species typically tough to see. 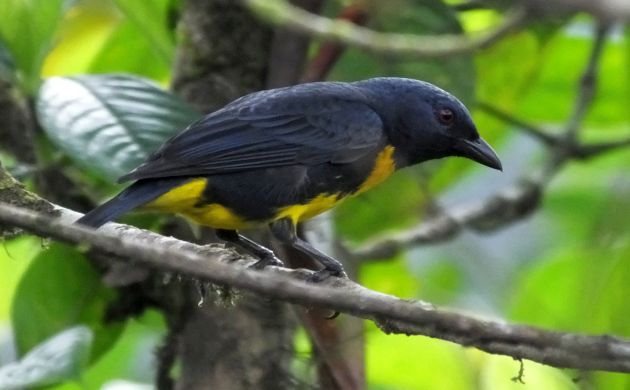 The beautiful and Near Threatened Blue-and-gold Tanager is the only Bangsia genus tanager in Central America.

Costa Rica has a lot of nice things going for it but of course the fantastic birding is by far the best reason to visit. I suggest mixing it up with high quality coffee and close quality birds for the best results. 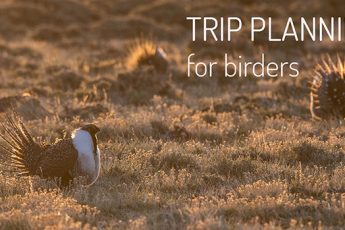 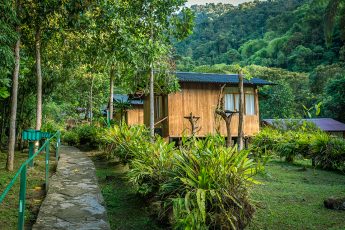 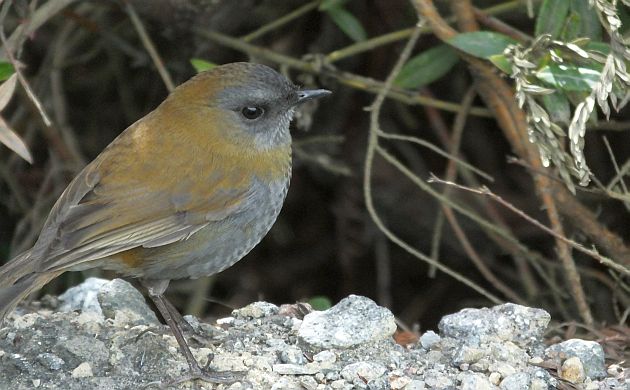