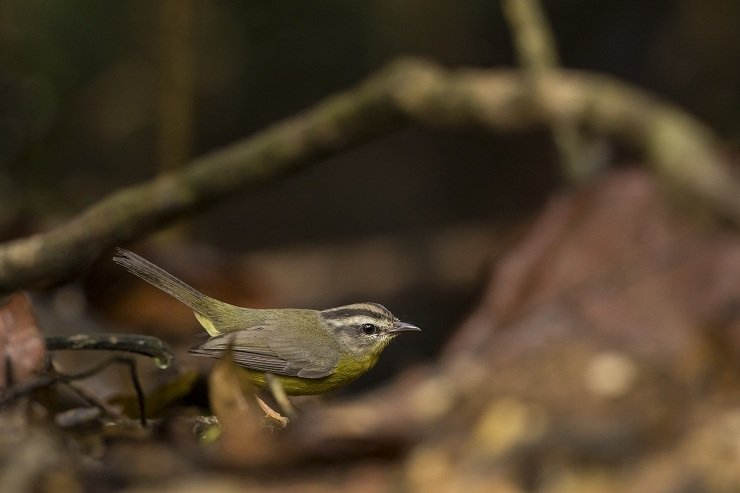 I know many of us seek birds as an escape from dreary, depressing news that seems to permeate almost everything of late. Endless notifications about 3% of intact forest remaining here, another species falling into the endangered species category – it all can get overwhelming sometimes. I have been using birding as an escape, it’s why I’m a poor eBirder (I rarely take my phone when I’m already juggling between camera and binoculars). I enjoy the disconnection from the telecommunication network, it allows me to connect to nature and that helps me realign myself in ways that would be impossible otherwise.

But sometimes it’s impossible to ignore the proverbial elephant in the room. Some of my favourite birding areas in the higher elevation areas have changed dramatically over the past five years. Cloud forest has been on the retreat for several decades and now can only be found on a couple peaks on the island. Flowering trees have begun to lose their rhythm, some that are supposed to go into flower in May spring their buds in January, the trickle-down effect on birds is tangible, with many species being forced to adjust their nesting routine to cope with the changing environment.

Being a tropical territory, we have two main seasons here – dry (Jan-May) and wet (Jun-Dec). For as long as I have been aware of my surroundings, the year would go like this: January and February would be full of crisp air, cool, windy nights with clear skies. March would be scalding heat, the humidity building gradually, eventually leading to consistent light rainfall in the latter half of April into May. There would be a short period of fair weather before the rains returned sometime in June, this time there would be steady and purposeful rainfall to properly soak the land. This rain would give way to a harsh mini-dry season called Petit carême in September and October. The famed November rain never disappointed, giving the month its reputation for having some of the most glorious sunsets of the year. December is typically dry with some isolated patches of rainfall.

Now the reason for this elaborate introduction to today’s post is because the weather was almost too dismal for words when we went birding the first weekend in May. Not only that, but we were under our third adverse weather advisory for the year. Bear in mind that the year thus far is supposed to be the dry season, as outlined previously. Further to this is that this year, 2021, marks the first year there has been a single adverse weather advisory issued by the T&T Meteorological Office in recorded history. And there have now been three.

Anyway, on that morning, before the sun began to colour the sky in the far east, we were well on our way to the Northern Range hills. Early risers like Rufous-breasted Wrens provided the soundtrack as black faded into blue. Gaining altitude, the weather still looked fair.

A Channel-billed Toucan perched on a windswept tree at the top of one of the many ridges crisscrossing the Northern Range. At this point, there was no indication of the weather on the other side.

As we crested the highest point on the famed Arima-Blanchisseuse Road however, it was as if we reversed the clock. No, dinosaurs didn’t appear – but instead of getting brighter as per normal morning occurrences, it got darker. We were suddenly in thick clouds; visibility on the mountain road shrank to approximately 20m.

Although the weather was bad for birding, my landscape-minded wife was in her glee. Reproduced with permission.

Never in a hurry, we pulled over to monitor a couple fruiting trees that happened to be within viewing distance. A couple Bay-headed Tanagers and Violaceous Euphonias dabbled in the orange berries of wild tobacco plants while a Copper-rumped Hummingbird and a White-chested Emerald fed on flowering shrubs next to the cars.

Euler’s Flycatcher is always ol’ reliable when all others fly away.

This Scaled Pigeon barreled past us on its way to this perch. I doubt I would’ve seen it otherwise!

Although tempted to wait for any appearances of Olive-striped Flycatcher or Speckled Tanager, I knew some friends who came with us were also eager to catch a glimpse of the Swallow Tanagers we had seen the week before. With that in mind, we went a bit higher and deeper into the forest.

The additional elevation only meant an increased mist intensity – it continually felt like it was about to rain. Barely being able to discern even the most obvious of shapes, we covered our gear and began walking. Unsurprisingly, the rain came and equally unsurprisingly the birds were few and far between. Bananaquits and Golden-headed Manakins twittered and whirred constantly but any visual confirmation was only achieved with the former species. A couple hundred steps later, we were finally able to catch a brief glimpse of a couple female Golden-headed Manakins. Along the trail I heard an unfamiliar call that almost sent me insane. The intonation was something I was accustomed to – yet the song was foreign. After much ardent scouring of the vegetation, I located the source: a Little Hermit! I had never previously heard it sing before – in fact this was only the third time I ever saw one perched!

Sadly, not much else was on show in terms of birds. My friends desiring their first looks at the migratory Swallow Tanagers left shortly thereafter, surely dejected. My wife retired to catch up on some lost sleep in the car as the rain swelled. Belligerent as always I stayed out, binoculars in the branches, hoping for something – anything really. Alas, nothing showed until there was a brief break in the shower and a Golden-crowned Warbler materialized in the leaf litter just in front of me.

It was not long before the white noise of approaching raindrops grew louder and louder again and I called it quits.

On our way out we came across a tree with several drenched Turkey Vultures playing a waiting game with the weather.