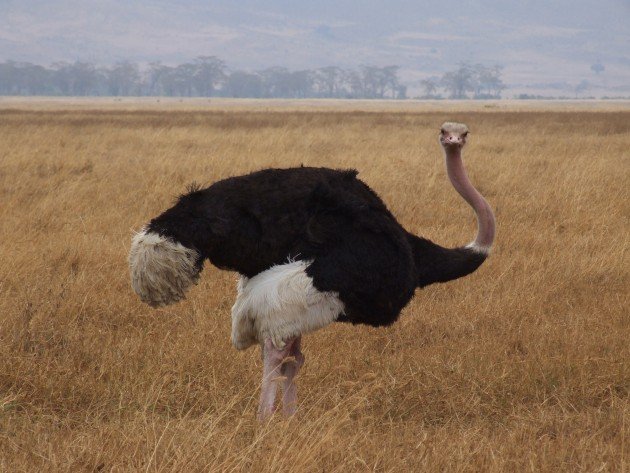 It’s been a busy week in bird news–some of it bad, some of it good, and some of it just plain head-scratchin’. Let’s start with the odd stuff first.

In a move that brings new meaning to the term “farm team,” one of the min0r-league affiliates of the Philadelphia Phillies has a new mascot. Henceforth, the Reading Fighting Phils will now be represented by two ostriches, who will live at the ballpark and greet visitors to the team’s games. Perhaps these two ladies could be love interests for the Phanatic?

On the less feel-good front, ducks have been taking an awful beating lately. For starters, for some reason, hundreds of dead waterfowl have turned up in a Chinese river. (Insert your Peking Duck jokes here.)  And here in the U.S., near Little Rock, Arkansas, an oil spill has polluted a lake. Some ducks have succumbed to the oil, while others have been rushed to rehab facilities. Duck hunters and wildlife officials alike worry that the spill will affect both hunting season and migration. (Note: If you’re interested in helping out the rescuers and rehabbers, more info can be found here and here.)

Here’s one from the heartwarming department. While penguins who live in Chicago’s Shedd Aquarium don’t have to worry about oil spills or other environmental disasters, they have problems of their own. Namely, bumblefoot: inflammation and infection caused from ambulating on the aquarium’s rough, man-made terrain. Students in Northwestern University’s engineering program have come to the penguins’ rescue, designing bootie-like bandages that ease the irritation without impeding the birds’ ability to walk. (Or, as penguins do, waddle.) The end result? You guessed it–some truly happy feet.