I am always intrigued by the multitude of opinions out there on various birding subjects, but lately none more than digiscoping. With all of the birding shows involved in my schedule I have the opportunity to hear many of these opinions. Often enough, I hear birders discussing digiscoping as if it were an after thought, just plain hard, or not a legit way of photographing birds. I, among some others, would beg to differ.

Bill Schmoker, Nikon Birding ProStaff member, and I spent a day in the field testing the new Nikon EDG VR Fieldscope. A revelation amongst the optics people, this piece of equipment steps up in the game and that VR makes the hobby much more interesting. Our outing on January 7th was based around chasing this winter adult male Long-tailed Duck at City Lake in the middle of Denver, CO. Bill Schmoker captured the best of our shots using the variable focal length of 500mm-1750mm. Although, I think both Bill and I would admit that these birds weren’t nearly far enough out to make long range shooting a spectacle. The ponds around the Denver Natural History Museum are visitor and birding friendly. We know this is a male by the amount of pink on the bill, however variable that can be. The darker chest  is a good indicator as well as the lack of darkness on the cheek. Seeing this bid brings back memories of those times living on the east coast and birding New Jersey where I wish I would’ve payed better attention. Ultimately, this species can look drastically different in their molting phases, but this bird should prove to be a male. Even though this was the target bird there were others to be photographed and Bill and I took advantage. This first-winter male Common Goldeneye was one of a few of his age and sex on the water that day. This bird has a striking resemblance to the female of this species, but ladies would not be showing any hint of the white loral area and females would show a much more defined white neck line in most cases. These divers have a sharply peaked crown, but not as peaked as a Barrow’s Goldeneye which is always a bird us Coloradoans are on the look out for. The easiest way to point out the differences will always be to present a comparative photo. So, how about this adult female Common Goldeneye for example. Can you spot the differences as discussed in the last paragraph? The yellow tip on the bill is a dead give-a-way, but the neck line shows well on this lady. The motion of her diving was captured by my digiscopiong rig and really shows what a vibration-reduction mechanism can do to change the face of one’s digiscoping photography. If we were looking at a female Barrow’s Goldeneye we would see a much more pronounced forehead slope making the crown of the head peak towards above the base of the bill rather than the back of the neck…..if that makes sense. Also, female Barrow’s Goldeneye shows a bill that is shorter and nearly entirely yellow. Furthermore, in most cases the bill is at least half yellow. Few divers strike to the heart of birders than a male Ring-necked Duck. Balk at that statement all you want but even though they can be common throughout most of their range their vast array of colors and multi-colored bill surely justify some attention. This bird is in a relaxed stage as is the others in this post, but often shows a steep forehead slop and peaked crown. Male Tufted Ducks can look similar but show a cleaner dark back, less white on the basal portion of the bill and often will show the tuft protruding off of the nape. This ring on the neck is present usually only in breeding season where the black breast will have a couple of purplish rings. However difficult they are to see! Females are completely brown mixing different shades and have a white ocular ring with an ultra cool white spur that paints the side of the head.

Wintering waterfowl can be confusing for many birders but finding a local joint like Bill and I did goes a long way to allow for close study of these marvelous ducks. I can tell you from talking to my friends abroad that we have some of the most beautiful species in the world represented in the United States and I believe the birds in this post belong in that category. I hope you can join me in this appreciation and I wish you all happy diver searching out there. Thanks for reading and good birding! 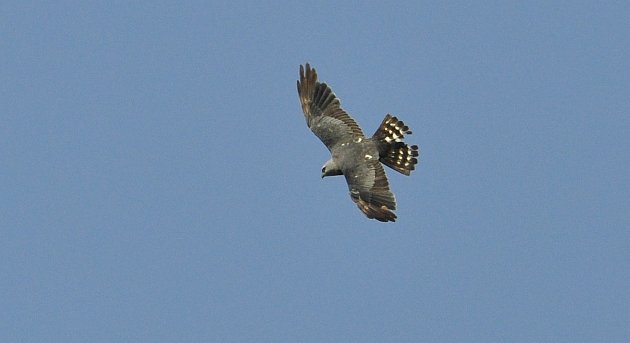 15 Years: Things Will Never Be The Same 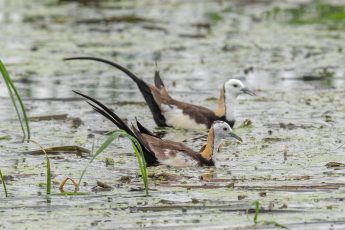 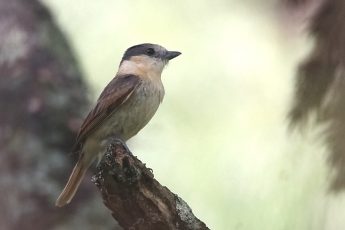