There can be no doubt that this year is an irruption year for Red-breasted Nuthatches. Sitta canadensis isn’t just irrupting out of its far northern home but exploding southward, with reports in every southern state except for Florida, including birds on the outer banks of North Carolina, on Grand Isle, Louisiana, in a suburb of Atlanta, and on the Gulf Coast of Texas. Bird bloggers from Wisconsin to Massachusetts have noticed the irruption and blogged about it. But just how much have Red-breasted Nuthatches shown up since their irruption started in August? Check out this graph adapted from eBird that shows the frequency of sightings in the United States in 2012 – Red-breasted Nuthatches are showing up on birders’ checklists just over sixteen percent of the time! frequency of Red-breasted Nuthatch sightings in the United States, January-September 2012 Ron Pittaway’s famous winter finch forecast includes some some non-finch irruptives, including Red-breasted Nuthatch. This year’s forecast, which, as always, is Ontario-centric, says the following about red nuts:

A widespread irruption of this nuthatch beginning in mid-summer indicated a cone crop failure in the Northeast. Most will leave the eastern half of the province for the winter, but some will probably remain in northwestern Ontario where cone crops are much better.

No cones, no nuthatches – they irrupt! But could the widespread nature of this irruption and the sheer number of birds indicate that something else is going on? The cones that nuthatches are dependent upon are apparently notorious for having a boom-and-bust cycle. If they are a bust this year, as Pittaway indicates that they are at least in Ontario, then last year it is likely that they were booming. This article discusses the heavy cone crop in Maine last year on red spruce, balsam fir, and larch, and Ron Pittaway’s forecast from last year said “cone crops are excellent and extensive across much of the boreal forest and the Northeast” and that nuthatches had “very little southward movement.”

In December of last year Clare Kines wrote a post here on 10,000 Birds about the cause of the massive Snowy Owl irruption many birders were lucky enough to experience. He explained that the irruption was not just caused by the drop in lemming populations that are the main prey of Snowy Owls but by the huge number of lemmings that were around just prior to the bust:

Do nuthatches have the same boom-type population burst because of good conifer crops? Yes and no, or at least, that is what I theorize. Red-breasted Nuthatches rely on seeds from conifers as a staple when they winter in the far north. Young birds are fed on what all young birds are fed on – lots of protein. Bugs, caterpillars, and other assorted creepy-crawlies are what young nuthatches get from their parents. But when winter came to the far north last year their diet, like their parents’ diets, changed to seeds from cones. And because cones were abundant nearly everywhere in their range, they had plenty to eat. And because they had plenty to eat they did not have to travel great distances to find food, which is the most dangerous undertaking a bird, particularly a young bird, experiences. That means there were a lot more nuthatches around this spring to breed and that means that there are lots and lots more nuthatches to irrupt across the United States right now. I don’t want to understate my lack of scientific credentials, which is total. Also, I don’t really trust that eBird data for previous irruption years – which seem to indicate that this year is a much larger irruption than past years – is entirely accurate, simply because many more people are using eBird now than in past years and the number and quality of checklists entered into eBird is up. Anecdotal evidence seems to indicate that this irruption year is larger than most but I would like to see some rock-solid empirical data. If anyone has anything further to add, or wants to scold me for my ignorance, please feel free to have at it in the comments. 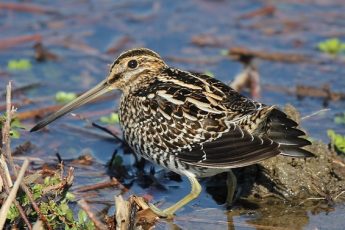 « Previous post
Hawks In Flight, Second edition: A Review of a New Version of a Birding Classic
Next post »
Best Bird of the Weekend (Last of September 2012)