Why Tucson, for the birds of course! 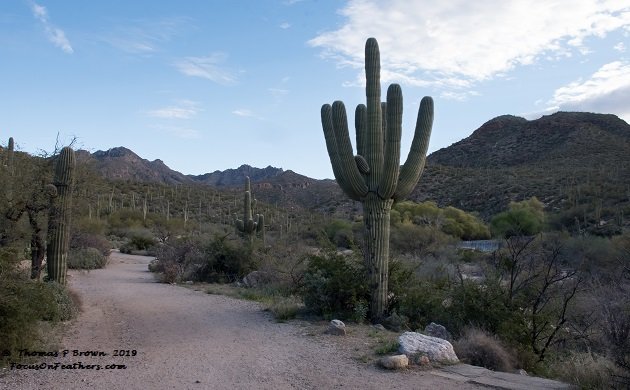 Now that Jeanne and I have settled here in Tucson, Arizona, we have been questioned by our friends dozens of times…..Why Tucson? Do you realize it gets really hot there? Are you going to really be OK not being on the move, exploring new countries? Well, Ok, that last one is my own personal question, but it is quite relative. After last year, it would be easy to have a bit of a letdown. 10 countries, over 1300 bird species, and now I have limited my various twitches to just one county, Pima, which pretty much surrounds the greater Tucson Arizona.

First of all, we lived in Baja Sur, Mexico for nearly 8 years, 5 of which we enjoyed without any form of air conditioning, so yes, we know it gets hot, and that is OK. Better than rain and cold as far as I am concerned.

When it comes to pure birding, SE Arizona is truly an amazement. If you think about the city of Tucson alone, there are over 120 city parks, 5 public golf courses, the Tucson Botanical Gardens, Saguaro National Park, the Reid Park and Zoo, and the incredible Sabino Canyon. This does not even take in to account the nearly a dozen waste Treatment Plants, along with Sweetwater Wetland, Madera Canyon, Florida Canyon, Box Canyon, los Cienegas National Conservation Area, Benson, Patagonia, Organ Pipe National Park, Mt. Lemmon, Buenos Aires NRW…the list goes on and on. After traveling all over the world, it became quite obvious to me that this is the place that I want to call home. I want to establish a base here. The lure of many other countries still calls to me, but the birds of Southeast Arizona have captured my heart.

In the last week or so, the many anticipated migrants have started to arrive. Five-striped Sparrows in Box Canyon, Red-faced Warblers, Grace’s Warblers, and Olive Warblers are up on Mt Lemmon. Lucy’s Warblers have shown up at Sweetwater, and just yesterday I found Western Tanagers, Scotts Orioles, Bullocks Orioles, and Black-headed Grosbeaks in Florida Canyon. Madera Canyon now has female Elegant Trogons to go along with the male that wintered over. Broad-tail, Broad-billed, Rufous, Calliope, Costa’s and Rivoli’s Hummingbirds are common just about everywhere. The Paton Hummingbird Center had day with 8 different species of hummingbirds, including their iconic Violet-Crowned Hummingbird just a few days ago.

So, why Tucson, why not? With some of the best diversity, best number of birds to be found anywhere, a Tucson Audubon Society that is beyond outstanding with it’s community involvement, and of course, it gets hot!! Just the way I like it! 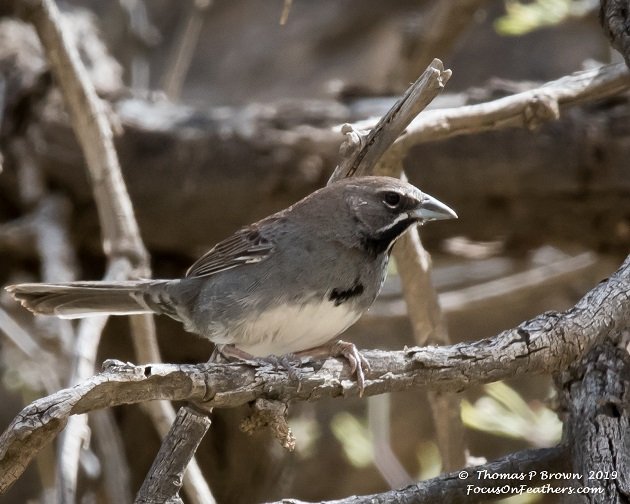 After nearly a 15 year absence, the Ferruginous Pygmy Owl is making a nice comeback in the Alta Valley.

Large flocks of Cedar Waxwings have been passing thru the area, these were seen at Sabino Canyon State Park. 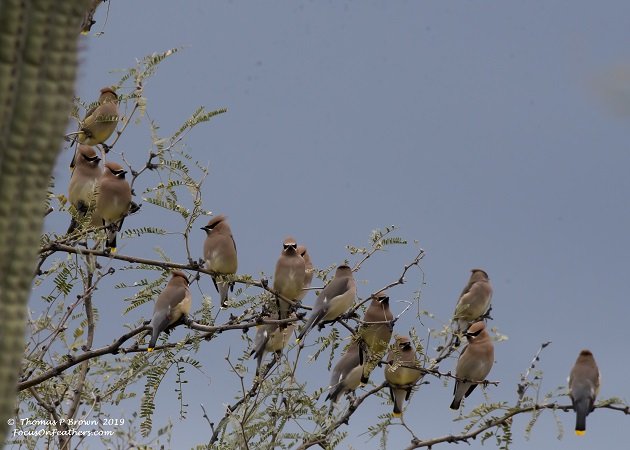 A local favorite of mine, the Black-tailed Gnatcatcher, these were found Silverbelle Park. 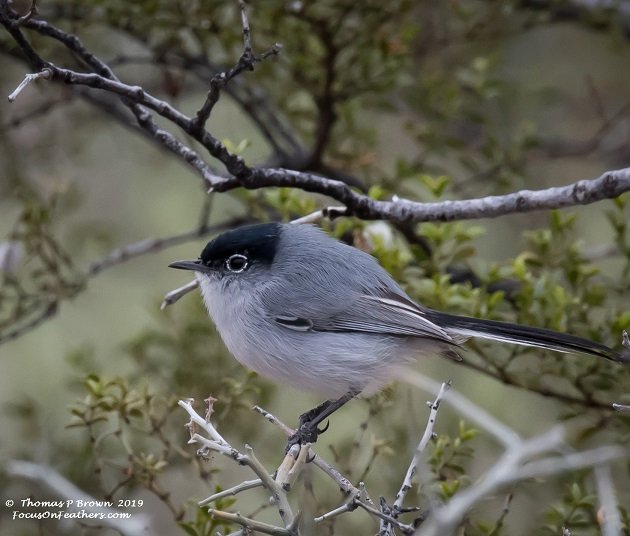 The Killdeers at Sam Lena Park have had their babies already. 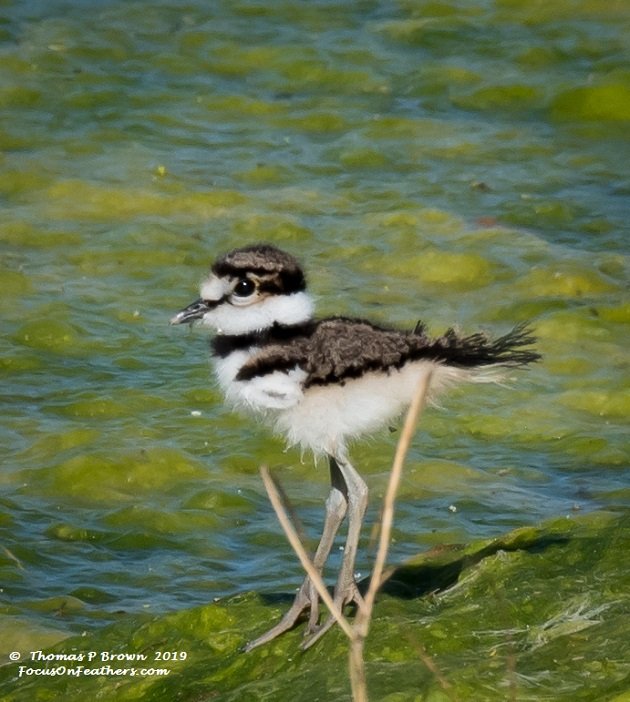 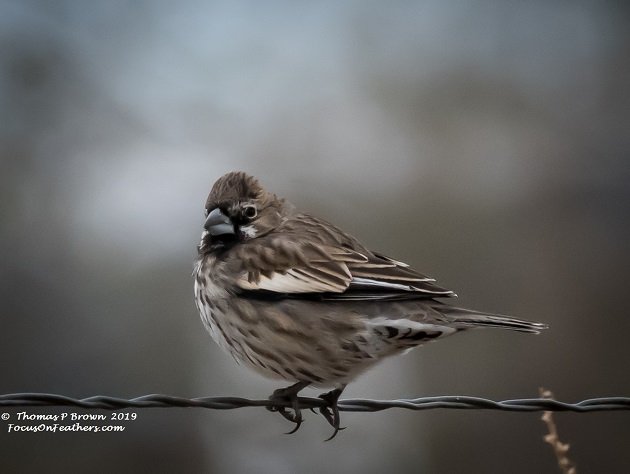 Patagonia Lake was host for a very short time to this Red Phalarope. 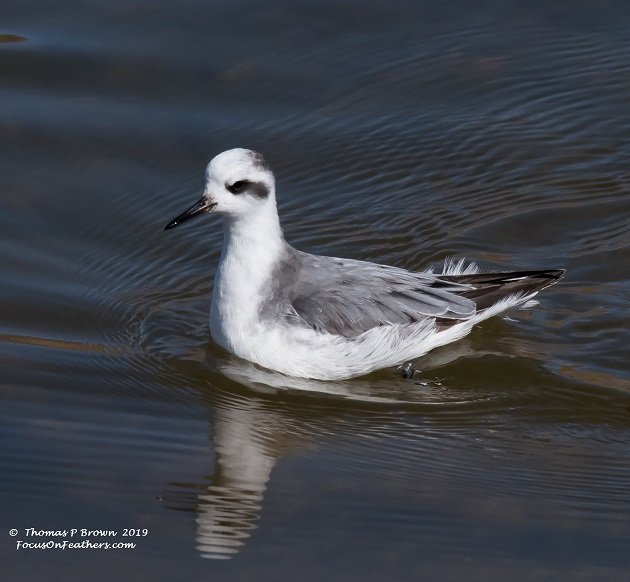 This is the Violet-crowned Hummingbird that is a resident of the Tucson Audubon Society’s Paton Hummingbird center. 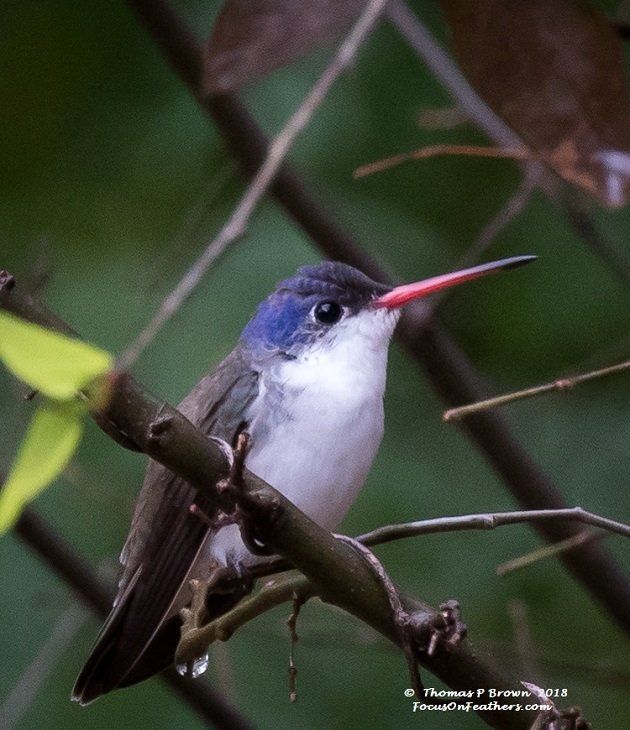 This White-throated Sparrow showed up two weeks ago at the Sweetwater Wetlands, for the regular Wednesday morning bird walk 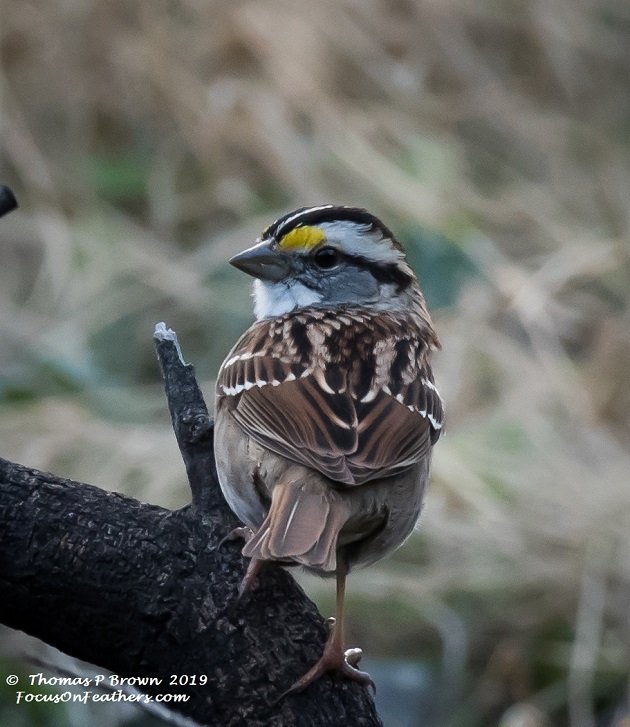 After leaving the Pacific Northwest, and our California Quail, we now have lots of Gambels Quail to enjoy. This male was photographed at Aqua Caliente Park. 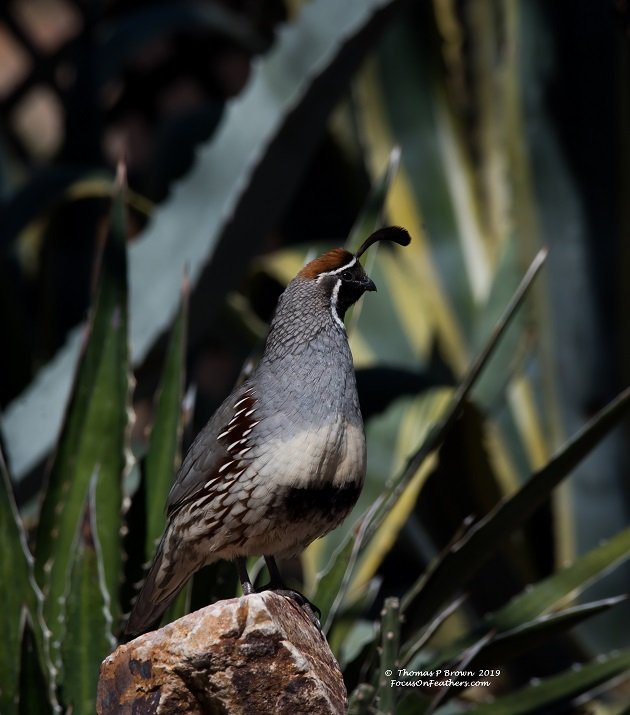 Another iconic desert bird, the Phainopepla can be found on tree tops all around the area. This lovely male was photographed at the Avra Valley WTP. 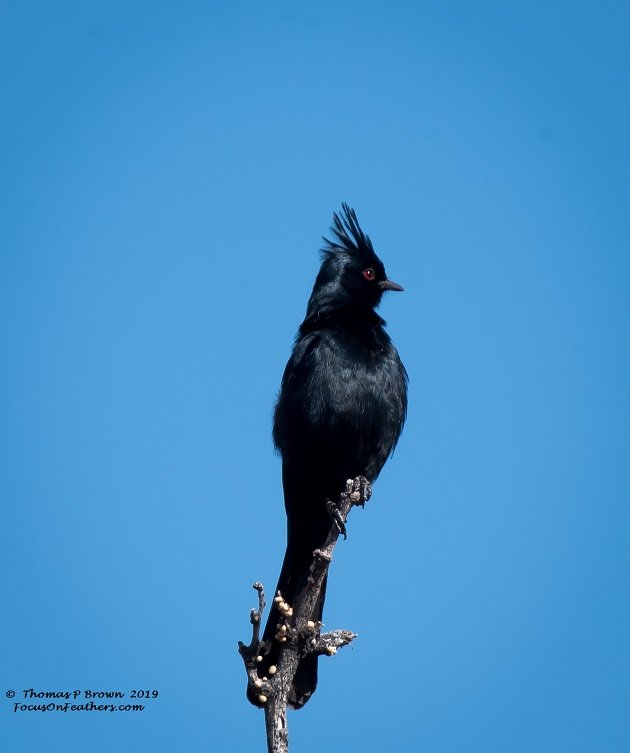 A highlight to be found at the Sweetwater Wetlands, is this Swamp Sparrow. 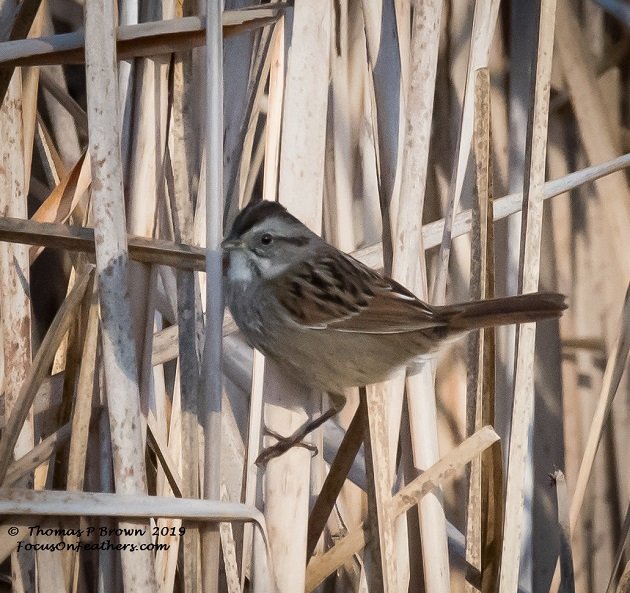 Reid Park has been home to this Greater  Pewee for nearly three months now. 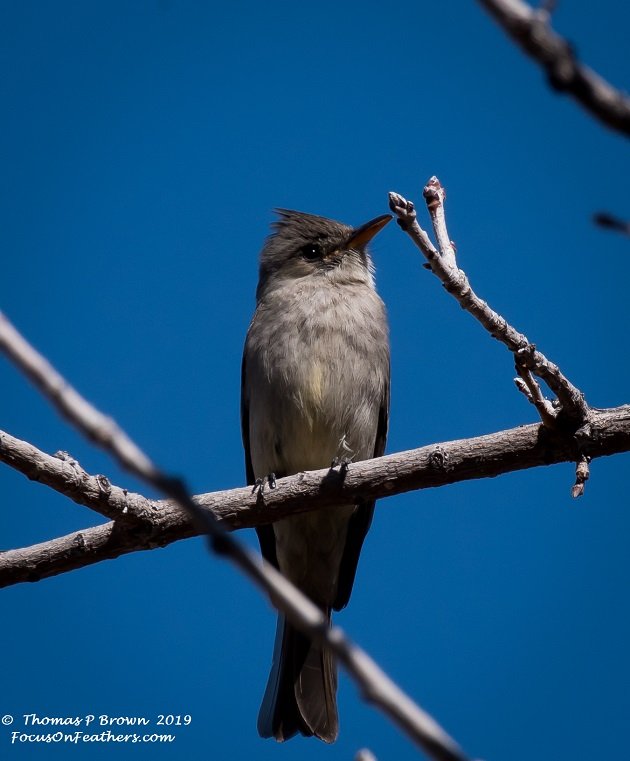 Where Are You Birding This First Weekend of October 2009? 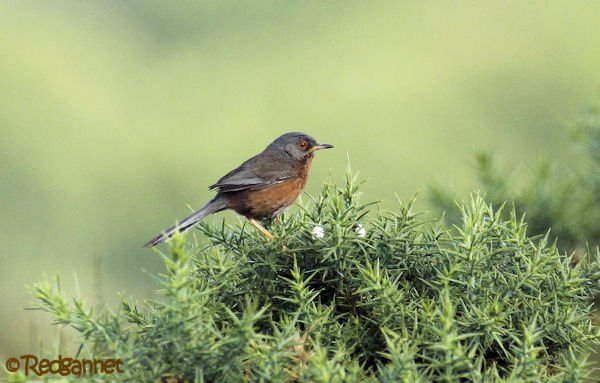