This being my inaugural post here on 10,000 Birds as the West Coast Beat Writer, I thought it appropriate to introduce a species found no where else on Earth.  The Yellow-billed Magpie, Pica nuttalli, is a true California endemic species. They are found primarily in the Central Valley, the southern Coast Ranges, and the foothills of the Sierra Nevada where they prefer oak savanna habitat.

A member of the Corvidae family, Yellow-billed Magpies eat mostly ground dwelling invertebrates but will partake of carrion, and small mammals which they capture live. Foraging in oak savanna, in small flocks during breeding season and large flocks when not breeding, they will also eat acorns and other grains.

I found this flock of Yellow-billed Magpies in a place where they breed every year, Anderson River Park (more about this birding hot spot in future posts). Since these birds are non-migratory, they rarely move far from their nesting grounds. This bird was having a stretch near the soccer field (click on photos for larger image). They appear mostly black and white, with a yellow bill and bare patch around the eye, but in the sunlight, the Yellow-billed Magpie has iridescent blue-green wings and tail, offset beautifully by their white scapulars.

The Yellow-billed Magpie is on Audubon’s watch list. Historically, loss of habitat due to oak savanna being converted for housing or agriculture, and poisoning programs aimed at the California ground squirrel, have caused declines in some populations and resulted in this species being extirpated from other locations (sounds frightfully similar to the current fate of the Western Burrowing Owl in California doesn’t it?).

West Nile Virus is also a major concern relating to the conservation of this species. Between 2004 and 2006, thousands of Yellow-billed Magpies were killed by the rapid onset of the virus. Studies showed that this rapid onset, combined with the highly social nature of the bird, means that entire colonies could have been wiped out very quickly.

Concerned about their status, beginning in 2009, Audubon California began a series of statewide surveys of the Yellow-billed Magpie to learn more about its population and breeding. These surveys are conducted by volunteers and reported on the online citizen science database, eBird. You can see the 2010 study report which includes a range map for the species here. Thankfully, it appears that these striking birds are rebounding from their past losses. Whether sitting high atop a tree establishing a territory or laying on their side sunbathing they are fun to watch. Yellow-billed Magpies, like other corvids, being very social birds, interact with one another continuously. They will forage in large flocks and roost communally except during the Spring breeding season. They are also socially monogamous and pair bonds last many years, usually until one bird dies.

All of these attributes has apparently made them a favorite among bird lovers who voted the Yellow-billed Magpie Audubon California’s 2009 Bird of the Year! In celebration, I leave you with this photo, courtesy of my bird loving friend Gail West (clicking on her photo will take you to her Flickr page), of a Yellow-billed Magpie in flight (something I have yet to acquire). It shows not only its beautiful form and color but the incredible pattern of the bird’s plumage that gives you the whole picture. I look forward to covering the West Coast Beat for 10,000 Birds and plan on bringing you information on some of the great birding hot spots in the west, as well as important conservation issues we face on the west coast.

You can read more about the conservation status of the Yellow-billed Magpie and what you can do to help on this Audubon WatchList webpage. 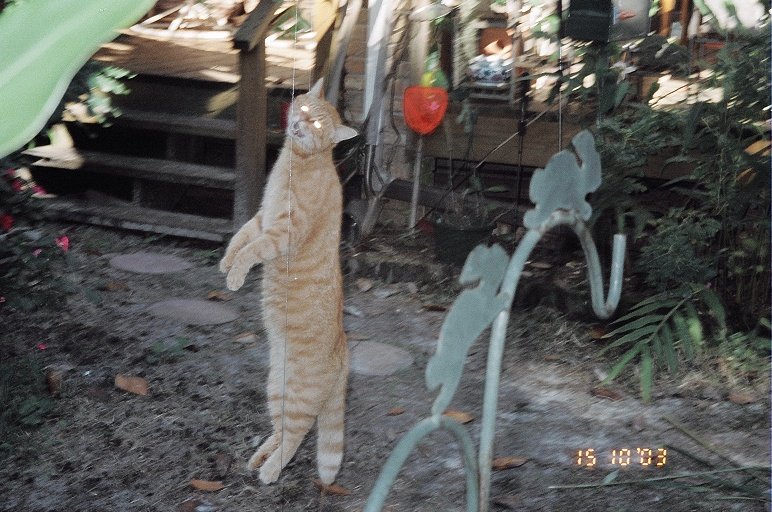