There is a very distinctive smell found on seabird colonies, where thousands upon thousands of birds come to breed and, coincidentally, deposit large quantities of waste. It is a smell, however, that I am barely able to smell anymore, as three years of working breeding seasons on seabird islands of the Farallones in California have apparently dulled my ability to do so.  The extent to which the smell of seabird colonies can be so overpowering so as to render one unable to smell it was demonstrated best by a friend of mine who, on returning to the mainland and looking for something clean to wear, pulled out her rain-jacket from the island and held it to her nose, and after taking a deep breath declared it to be “clean”. Her husband, holding it at arms length, corrected her.

There is, in short, a lot of guano on the Farallones. And it isn’t just on the ground or an occasional accidental hazard. Large areas of the islands are taken over as the breeding grounds of the Western Gull, a large bird that is without question the most ornery member of the family I have ever encountered. Temperamentally they resemble a small white skua, and nothing gets their blood boiling so much as the idea that you might stray within a few miles of their breeding territory. If you are unfortunate enough to have to run the gauntlet of these birds in order to check nesting boxes, get to observation hides, get some lunch or, God forbid, actually study the gull nests themselves, (basically, anything an intern needs to do) you’ll need to dress appropriately. A waterproof raincoat is essential in even the hottest sunniest days of summer. Waterproof rain pants are probably a good idea during the peak of the season (when the gulls are at the peak of their blood lust). And a helmet of some kind is also a good idea unless you feel like having beak on scalp all day. The well dressed biologist or intern is mostly thus protected for the elements (or at least the elements that in some way relate to angry larids), although a few gulls manage to get lucky shots across the one part of the body not covered head to toes in plastic, the face. At this point even the most battle-hardened veteran will drop what they are doing to retreat to the house in order to clean up. (And swear a bit. Or a lot. Probably a lot). So pervasive is this sticky white substance that pretty much every dinner conversation ends up on the subject, to the point it’s something of a joke.

There comes a point in every season when simply providing target practice for gulls is insufficient, one needs to go and.. well pretty much roll around in the stuff. As well as gulls the islands home large colonies of Brandt’s Cormorants. Like the other species of seabird on the island they are the subject of long term studies by PRBO Conservation Science (formerly Point Reyes Bird Observatory), and in order to get good data sets large numbers of birds are banded each year (around 800 per year). This is done at night, over three nights, and is quite the operation. As with everything else on the Farallones fashion is important and preparation is essential. Helmets are not required as the gulls are not a problem at night, but in addition to rain pants adn waterproof jackets you need gumboots and large quantities of duct tape in order to seal off the various entrances to your clothes, as the Brandt Cormorant chicks have large quantities of lice which crawl everywhere given half a chance. All taped up and ready to go!

Corm-banding is ninja ornithology, assuming that ninjas would dress in plastic and roll around in guano. Arriving at the colony the head lights go off and we move into position below the birds (trying not to fall over the cliffs and into the sea) coordinating everyone by radio. Once in position the lights go on and the young cormorants are pushed up the colony against the higher rocks (pushing them down to the cliffs would be a disaster, as I’m sure you can imagine). I should note at this point that the banding occurs in the window when the chicks are old enough to have left the nest and wander all around the colony but not yet fly. Then we take up the different rolls, two or three banders; two corm wranglers, who sneak off and snatch armfulls of cormorant chicks for the banders; and a recorder who makes sure the metal and field readable band numbers match up (people swap jobs all night).

When I first encountered Brandt Cormorant chicks from the relative safety and dryness of a hide I wasn’t much impressed, they seemed like dumb smelly ugly birds. But that all changed the first night I went corm banding. The chicks would fight while being banded (and they can be quite strong birds) but the younger ones, having been banded and let go would simply look around, wonder what the fuss was about, and then pretty much ignore you. If you let them go behind you they’d all go to sleep where you left them, so that you could have twenty little chicks all snuggled in behind you (and against you if you were warm). they will even go back to sleep in your lap if you don’t move them. Yes they were licey and smelly and ugly and covered in guano and god only knows what else, but they were trusting and endearing as well. After a while you go a little corm-crazy. Russ, one of the biologists, has been doing this for years. The other biologist Pete is an expert wrangler. This shot was clearly early on one of the nights as everything isn’t covered in s**t yet. The bottom of Michelle’s jacket was once the same colour as the hood. What colour the rain pants were has been lost to history. Pete with a freshly banded chick. The blue stuff you see on the legs is the cement used to secure the colour field-readable band. At this point in the night the lens is coated in it and we’re just lying in it.

Banding starts around ten continues until the band run out, every bird in the colony is banded or we run out of night (usually around four or five in the morning). Then it is back to the house, where the decontamination begins. With guano pervading every aspect of life outside the house a lot of effort is made to keep the inside clean, and never more so than on corm banding. All the outer layers are taken off outside (to be hosed off later), almost everything else into the washing machine in the doorway. Then beer and cake as we wait to take turns in the single ancient shower powered by an ineffectual heater stripped from the cab of  a German truck. Followed by about two hours of sleep.

And yet… I don’t think it’s possible to have more fun while rolling around in bird s**t. After all the work some downtime on the guano encrusted front step. A great place to watch whales and pelagic seabirds. And finally, a view from that step.

*Note about images. Most of the images, particularly those taken during the corm banding, where taken by a number of interns who all shared the images at the end of the season. As such I am unsure who to credit for most of them, although a few were certainly taken by Annie Schmidt, who has a great photo blog of this season on the Farallones going right now which is definitely worth a look.  Anyway, unlike my usual deal, all rights reserved for all photos.

Where Are You Birding This Third Weekend of September 2012? 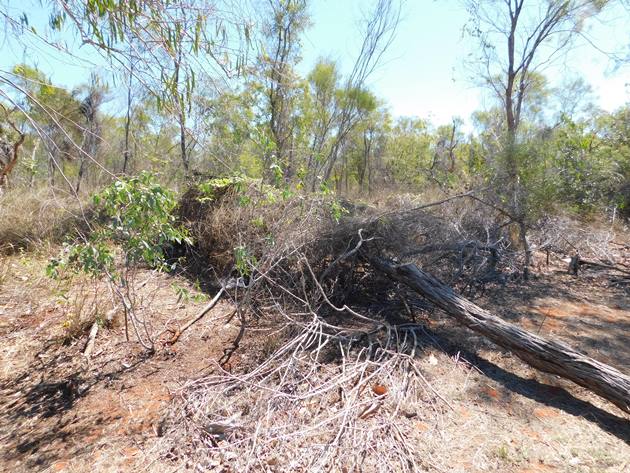 Best Bird of the Weekend (First Weekend of 2011)

« Previous post
What Do Nesting Birds Do With All That Poop?
Next post »
What is Bird Poop?