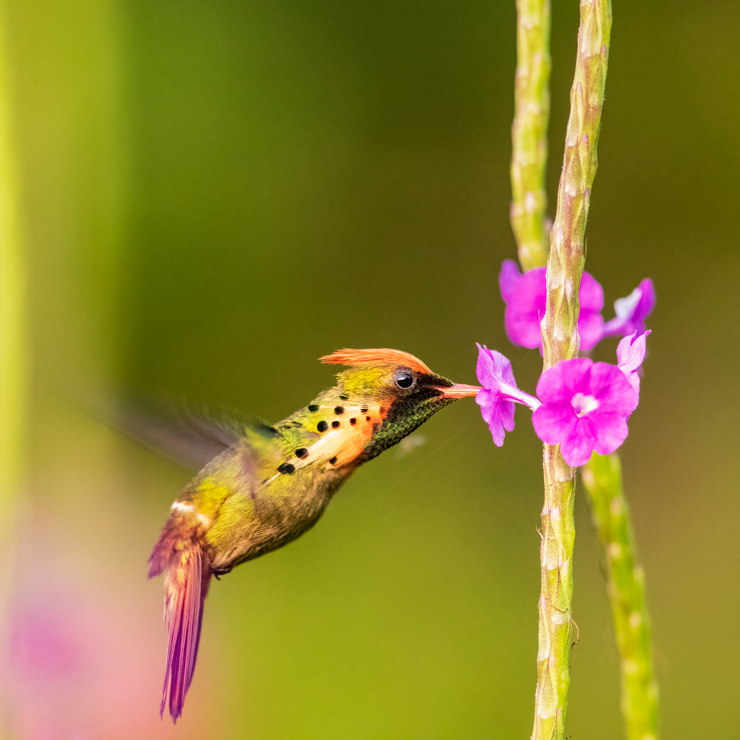 For those who have been following my posts here, some months ago I swapped islands and moved to Tobago. Having spent all my life in Trinidad, it was the first time I would be stationed away from the island of my birth. Living on a different island is interesting and exciting – but what I had been anticipating greatly was the return. What would it be like? Would I suddenly turn into a visitor? When I touch down, would I feel like I’m returning home or not? Home is a concept at best, where I’ve always felt most relaxed has been in nature – and this further fueled my curiosity. Last month I took the boat back to Trinidad as I was booked to guide a trip there for a week and a half.

Both Trinidad and Tobago share over a hundred species but within the mix are many that are found on one island and not the other. For those of us who travel and see different birds, I’m sure you’d agree that there are different degrees of novelty. The disparity in species could be stark, for example if one were to bird on different sides of the planet. It could also be subtle – as it is here between Trinidad and Tobago – where the general soundscape and habitat is similar but there are isolated yet significant differences.

The more I thought about it was the stronger the urge to seek out these differences. The raucous vocalizations of a Great Kiskadee and the rich which-chur of an Olivaceous Saltator jumped out at me from the first day of the tour. From this moment onward I found myself gravitating to species like these, even though we were enjoying each find to the fullest. It was an act of the inquiring mind; what would I feel experiencing these birds that now lived on a different island?

Over the course of the next ten days we visited many locations with which those who have already visited Trinidad for birding would already be familiar. I don’t keep lists but one of my guests did and the final tally was 166 species.

That aside, what I felt compelled to throw some attention toward was the subset of birds found on Trinidad but not on Tobago. So this is a strange, and very niche version of a trip report!

The first full day was spent at a local hummingbird garden, and immediately upon arrival my eyes fell upon a lone Brown Violetear soaking in the morning sun. There were numerous White-chested Emeralds around at the feeders also – a vivid Yellow Oriole hopped around a bit further off, and restless movement in the treetops further still was a Squirrel Cuckoo. By no means species I ever took for granted, but I must admit that the excitement was a bit different from before.

The first trogon we saw well was a gorgeous Collared Trogon on an absolutely dreary afternoon, but I was much more eager to get a good view of a Guianan Trogon the following day. It’s funny what a shift in perspective can do. We had a small group of three or four repeatedly calling and posturing as they moved through the canopy.

Guianan Trogon (female above, male below)

At this same location there was a lone White Hawk perched in the distance.

The following day in the remote northeast of the island we were able to see both White-bearded and Golden-headed Manakins. Both were proving difficult to locate in the dense foliage, the former ended up being much more cooperative than the latter.

This White-bearded Manakin kept returning to the same perch repeatedly, allowing us to soak in her beauty at leisure.

Even kinder than these was an adult-juvenile pair of Tropical Pewees that sat long enough for us to tire and wander off.

For the keen-eyed reader aware of the topography of Trinidad, you’d probably be expecting one of the specialties of this northeast region – the Critically Endangered endemic Trinidad Piping-Guan. We saw several against the golden setting sun, and even more at ultra-close range the following morning.

Also in attendance was a pair of Turquoise Tanagers in the process of making more of themselves. This particular tree was one of two used as a vantage point by many species: Black-tailed Tityra, Boat-billed Flycatcher, Blue Dacnis, Silver-beaked Tanager, and many other Trinidad specialties.

There were many young birds around, like this Channel-billed Toucan – in time its bill would expand considerably.

In some lower altitude habitat the shrill calls of White-bellied Antbird and Silvered Antbird tempted us but visuals were fleeting at best and only with the former.

A number of families exist on Trinidad but not Tobago. Most notably the family of New World Vultures. Both Black and Turkey Vultures dominate the skies on the larger island; any vulture seen on Tobago is a reportable species.

Along Trinidad’s rugged northern coast denuded, windswept trees are ideal for sitting out gloomy weather. Here, a Black Vulture is perched at the zenith, uninterested in the camera. The Turkey Vulture at its lower right seems bemused at the antics of a displaying Crested Oropendola (which unlike the rest of birds mentioned in this article, is also found on Tobago).

A Long-billed Gnatwren doesn’t seem that long-billed from this angle. This bird forms part of the “trilling” group of subspecies, and some already refer to it as Trilling Gnatwren.

One of the notable birds of the trip was this Crane Hawk that was flying back and forth trying to find an appropriate perch upon which to munch its dinner.

Trinidad has two species of Leptotila doves, one of which also occurs on Tobago. The Gray-fronted Dove pictured here can be identified by voice and its supposed obvious gray forecrown. Closer looks can reveal a red eye-ring.

Although Plumbeous Kites are sporadically seen on Tobago they remain reliable on the larger island.

The truth is many people visit here for the tiniest birds – hummingbirds. The smallest of which are only found on Trinidad and ironically tend to be the biggest attractors.

Any Tufted Coquette can steal the show. On our last morning we stood in a garden with about five (could’ve been six) of these bee-sized birds feeding around us as the horizon brightened. And for a split second we were gifted by the presence of a single immature Rufous-shafted Woodstar that whisked everyone into a frenzy.

It’s honestly tough to top even a fleeting glimpse of a woodstar. But once we departed from that garden we headed to a wetland in the south of the island and were more than blown away by Red-breasted Meadowlarks and a pair of Spotted Tody-Flycatchers at almost point blank range.

Eclipsing all that was seen previously on the trip (for me at least) was this breeding plumage Stripe-backed Bittern. No bitterns have ever been seen on Tobago, but Trinidad has three. In case you are wondering if I mistook an out of focus cow for a bittern, look just below and left of center. If you still don’t see it, you’ll just have to trust me on this.

We concluded our trip with a boat ride in the Caroni Swamp. The thousands of Scarlet Ibis have dwindled to a few hundred as they are nesting deeper within the swamp – full disclosure here – there’s also a massive problem with poaching which has also negatively impacted the experience. We were however still able to see a few pairs of Near Threatened Bicolored Conebills as well as about twenty American Flamingoes.

Now, back in Tobago writing this, several hummingbirds jostle for position at the two feeders we have up. It almost seems as if we’re in Trinidad – White-necked Jacobins chase away shy Rufous-breasted Hermits, a feisty Ruby-topaz Hummingbird twitters as it gets in on the action and a Black-throated Mango makes a brief appearance. But they all scatter when the massive White-tailed Sabrewing shows up, ensuring that we remain aware that we are in Tobago. Isolated, but significant differences. 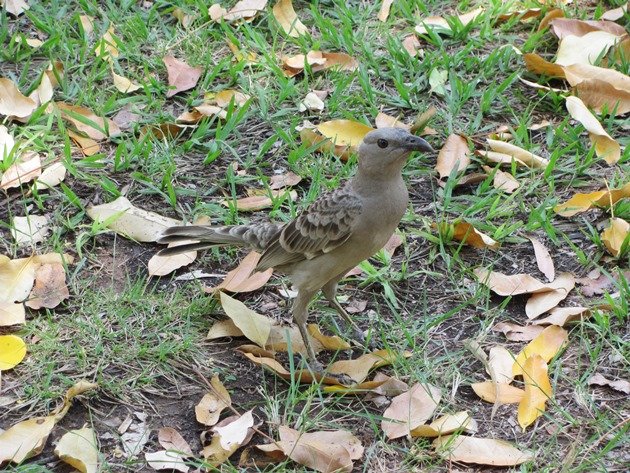 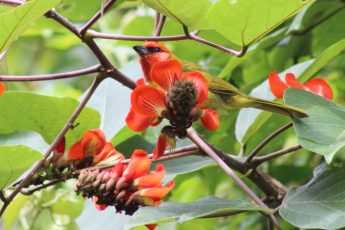