A Change of Seasons in Costa Rica

April is one of those major months of change, and as with things that are in flux, it tends to be fickle. In the temperate zone, it teases with warm winds that switch to an icy punch in a matter of days. We see some buds on the trees, hear the sweet little songs of Yellow-rumped Warblers and don’t want to have to wait for more of their colorful brethren. It eventually warms up but in the meantime, it’s good birding anyways. “Good” in this case means lots of birds on the move. Flock after flock of blackbirds, ducks, geese, raptors flapping their way north. It’s a good day to be outside with binoculars.

But that’s up in the temperate north.

In Costa Rica, April is much more stable. We know that the first days will likely be sunny and then soon after, it’s going to start raining. At first, just a little bit but then, from one day to the next, the air seems more humid, we hear the thunder in the afternoon, and the rains happen just about every day for months. Sometimes pouring deluges, other times drizzles that last for a few hours. It’s all good and we need it, the local land needs it after months of being drenched with a non-stop beating sun. The birds also need it because this is when they build nests and breed.

One major sign of the change is the amount of singing going on. In the Central Valley, the Clay-colored Thrushes that began to tune up in March are filling the landscape with morning song. If you already know the songs of American Robin and Eurasian Blackbird, then you already know what the national bird is doing. House Wrens seem to also sing more, we hear the explosive squeaks of Sulphur-bellied Flycatchers, other flycatchers are doing their dawn songs, and most of all, we are constantly treated to the pleasant songs of Yellow-green Vireos. It’s a good time to be in Costa Rica. 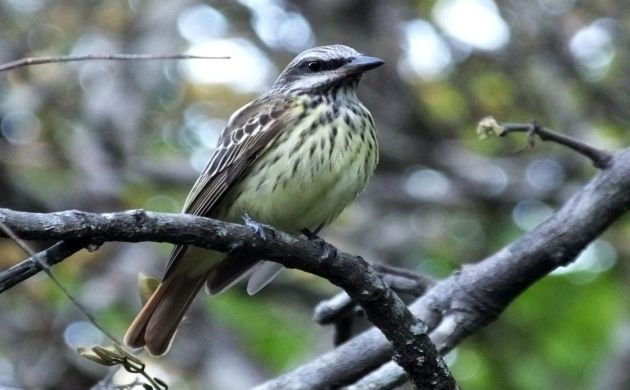 As the local birds get into breeding mode, some others take advantage of the nesting to feed broods of their own. The rising alarm calls of Clay-colored Thrushes and screams of kiskadees often reveal the presence of a Brown Jay or toucans in search of eggs and nestlings. Swallow-tailed Kites also get chased away as these elegant raptors are experts at swooping down to snatch nestlings and nests from the canopy.

A Swallow-tailed Kite in action.

We also have our share of migrants. They come in the form of waves of Scarlet Tanagers, pewees, Blackburnian Warblers, and other species. If you see some of those birds on a Texas coast, know that many of them flew right through Costa Rica. They do so in droves along with rivers of Chimney Swifts, swallows, Turkey Vultures, and Swainson’s and Broad-winged Hawks.