A Flock of Cuckoos 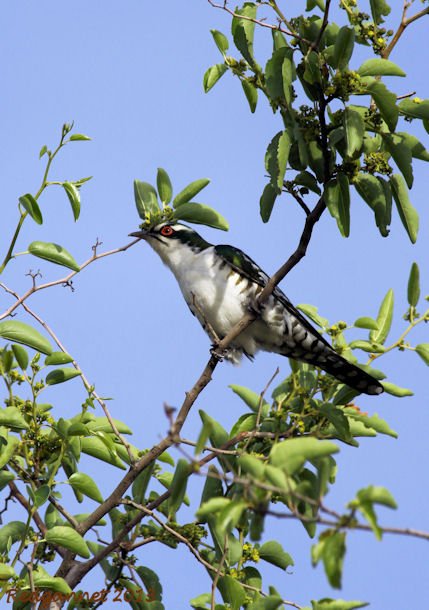 The sight of three birds being chased by a Southern Masked Weaver in Pilanesberg National Park recently, had me stumped and caused me to extend my breakfast while I searched through the field guide in an attempt to identify them. A commotion in some acacia bushes had first drawn my attention to the excitement. Clear whistles and a bubbling laughter came from the thorn trees followed by four birds exploding from the cover and flashing across the road. The bird at the rear was obviously a Southern Masked-weaver and there was a nesting colony in the acacias, but I had no idea about the other three birds. The extra cup of coffee over breakfast hadn’t helped and I was on the verge of putting them down as sp., but later, a Diderick Cuckoo flushed from a roadside bush as I drove past. It showed the same markings in the wings as the three birds from earlier and a sudden realisation struck me. They might have been trying to lay in one or more of the weavers’ nests. I have always thought of cuckoos as solitary birds, so it was surprising to see three of them in one place. They flew off together with the weaver in hot puruit and stayed in formation as they disappeared over the acacias on the far side of the road. Were they acting co-operatively perhaps, with each acting as diversions for the others? With hindsight, I should have recognised the clear whistling as a cuckoo, but it was not their normal call and seeing them as a flock (well, three) blocked the connection. Does anyone else have experiences of cuckoos in groups (aside from Guira Cuckoos who habitually roost together, oh and Anis )? The Diderick Cuckoo, Chrysococcyx caprius, has an extensive range that almost completely covers Africa to the south of the Sahara Desert. 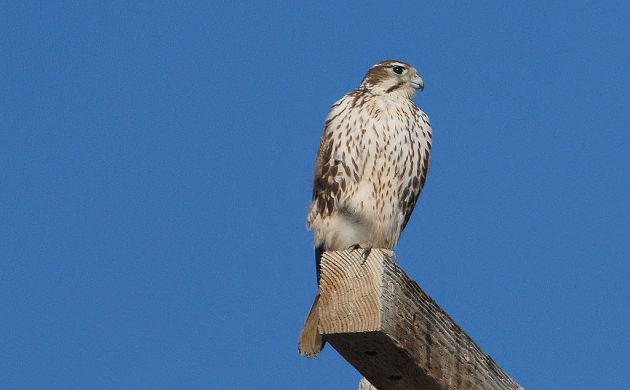 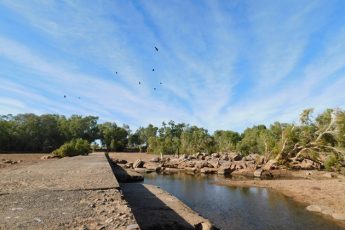 « Previous post
Black Rails at St. John’s National Wildlife Refuge
Next post »
An Outopia for Pigeons: a Comedy about Salvation