An American Wader Down Under 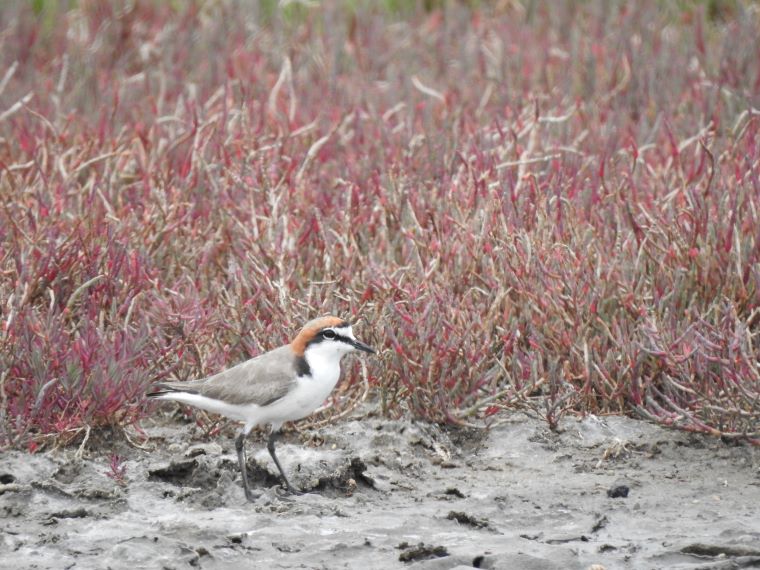 Red capped Plover – a resident among the Samphire – above and below

An American showed up in Australia recently. Well several really. In Brisbane, the capital city of Queensland, about 100 km south of where I reside, several American migratory waders lost their bearings and turned up on the wrong side of the Pacific. 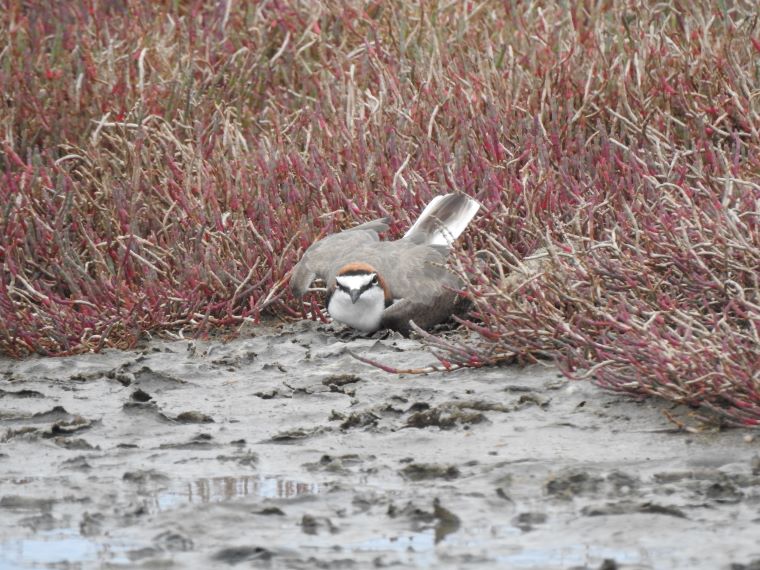 Two Pectoral Sandpipers turned up in Kedron Brooks Wetland. Pecs are a rare bird in Australia but they do turn up annually. I had previously seen four – the sightings spread across our continent. One in Townsville. One in Adelaide and two in Melbourne at the Werribee Wetlands. So they were not my first target.
One Semipalmated Plover was recorded, with photos, near Wellington Point on the eastern side of Brisbane. This was a bird I had never seen in Australia so, given that I had a day off for a medical appointment I decided that I would grab a few mates and make a day to find the bird.

As we arrived our attention was briefly distracted by the songs and calls of Grey Shrike thrush, Brush Cuckoo and several Variegated Fairywrens.
High tide had come and gone by the time we arrived and, it seemed, so had our target bird. Three other birders, too decided as we arrived, that it was time to leave. They had failed to see despite an all morning vigil. 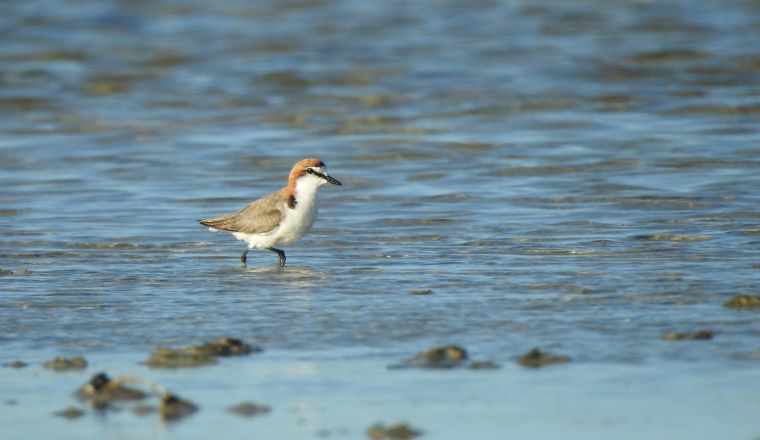 Slightly daunted we scanned the mudflats. Many resident Red capped Plovers [above]were easy to find. Red necked Stints [three pictures below], Sharp tailed Sandpipers, a few Curlew Sandpipers plus two faded Ruddy Turnstones who had taken to flipping bits of mud in the absence of stones were our subjects. 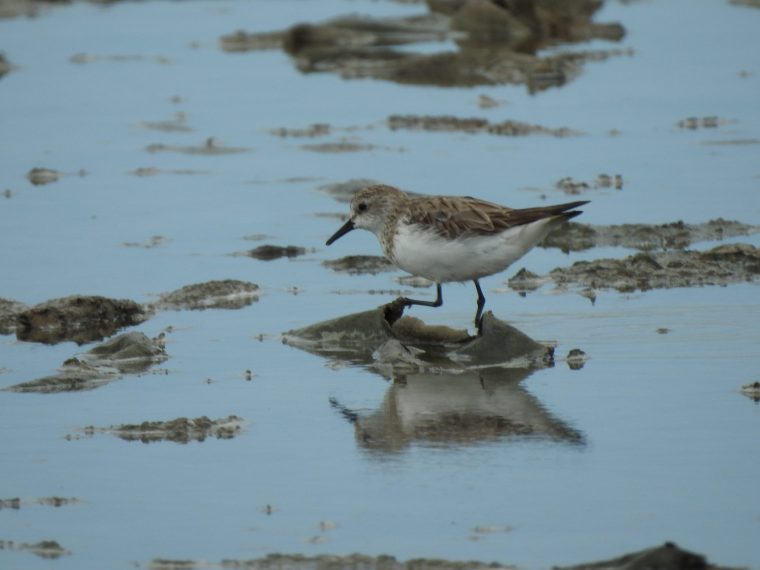 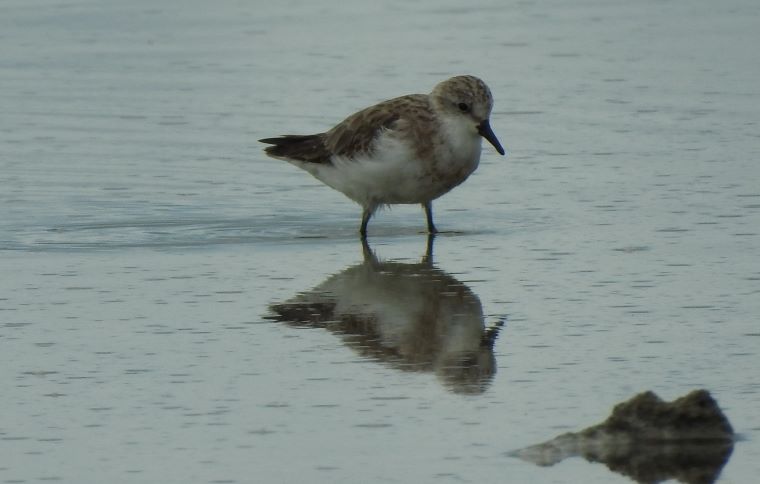 We looked and looked. Australian Pipits flew past as did a warring pair of Mangrove Gerygones. White bellied Sea Eagles did a fly by as did a couple of Brahminy Kites plus an Osprey. A pair of Masked Lapwings plus a few flights of Australian White Ibis took our eyes away from the mud as did some Far Eastern Curlews, one solitary Whimbrel and a few Bar tailed Godwits that sailed through the back of the wetland before alighting on the far mud, screened as it was, by a fresh crop of mangroves.

Listening alerted us to Mangrove and Brown Honeyeaters, Torresian Kingfisher and one Shining Bronze Cuckoo. 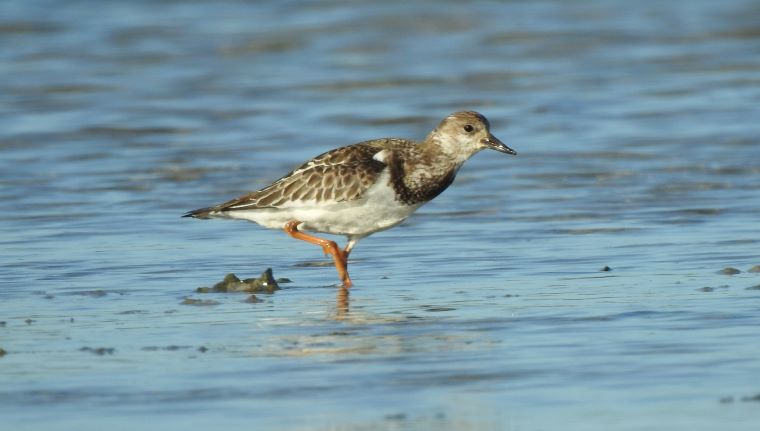 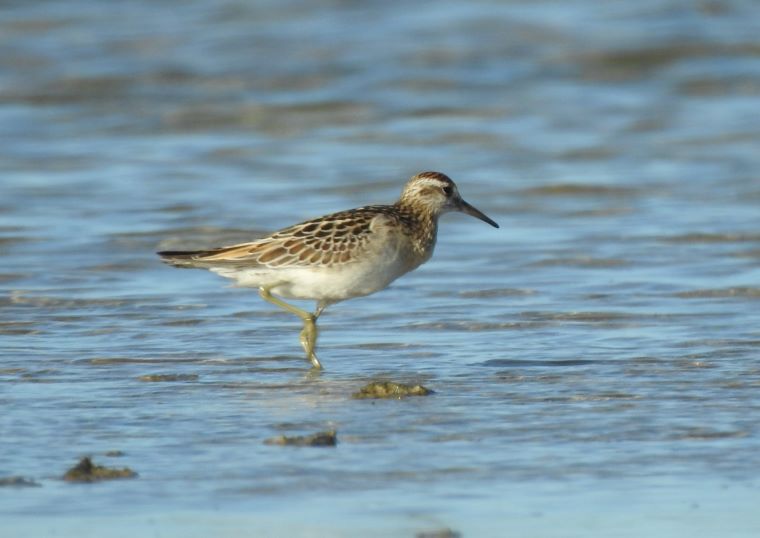 Three and a half hours in lunch called and we replied with a kebab lunch overlooking the see at Wellington Point proper. Our day list was boosted by both Pied and Little Pied Cormorants, Silver Gulls and Little Terns plus some scavenging Noisy Miners and a Magpie.

Recklessly we returned to the mud where, sadly , there were fewer birds before. Welcome Swallows welcomed us as we strolled the Samphire to the estuary’s solid edge. Nothing new waded the edges.

By this stage in my story, you [and I], are hoping for a happy Hollywood ending.

“As the last light began to fade our nemesis sailed silently in and alighted on the mud in front of us and posed, as an American should, for an avalanche of photos”.

Sadly, it was not to be. Our twitch had ended in failure and after six hours on the mud we looked from face to face hoping someone else would make the sound that allowed us to give in with something resembling grace.

Thankfully it has not been seen since. To be continued? 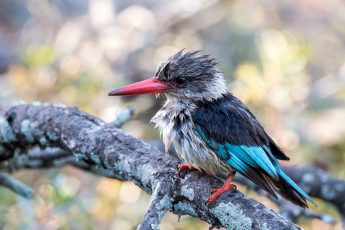 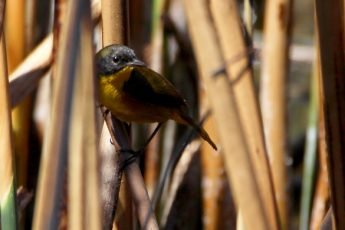 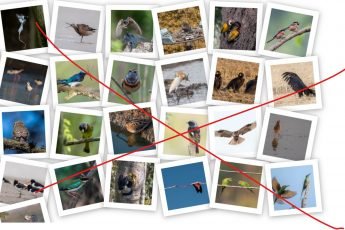