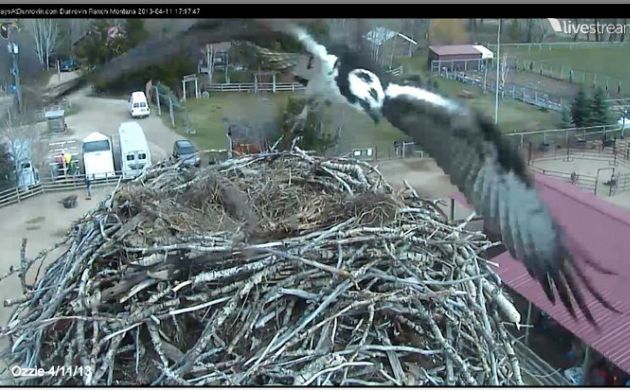 The Ospreys have returned to Dunrovin.

It’s a gamble every year, of course. When people are invested in identifiable individual birds, there’s always the chance that nature will do as nature does, and a beloved bird will not survive the perils of migration or will meet with mischance in the winter months. But, for right now, we are celebrating — both Ozzie and Harriet, the pair of Ospreys that have graced the nest platform at Dunrovin since at least 2011, are back once more.

It’s been a delight to see how enthused our Osprey-watchers are, as they meticulously document the nest reconstruction that our birds are undertaking and their matings as well (let’s just say the pair seems very happy to see each other.) Now we gamble again (literally as well as figuratively – there’s a split-pot prize for predicting the dates of arrival, egg-laying, and other major events) on the hope that they will lay viable eggs and successfully rear young.

The many eyes on this particular citizen-science prize have also yeilded other results as well. Cam-watchers have spotted Short-eared Owls, Prairie Falcons, and other exciting, high-profile species, but they’ve also spent the winter keeping a close eye on the comings and going of the Juncos, Black-billed Magpies, Northern Flickers, Pileated Woodpeckers and even the European Starlings at the feeder. They’ve had Clark’s Nutcracker and Mountain Chickadee, briefly, at surprisingly low elevations in the snowiest days of winter, and were among the first to see and hear evidence of returned American Robins and singing Western Meadowlarks at the ranch. Over the next few weeks I’ll be trying to sort out how to turn this all into both data and narrative. Right now, the new information is coming so thick and fast that all I can do is stand amazed. 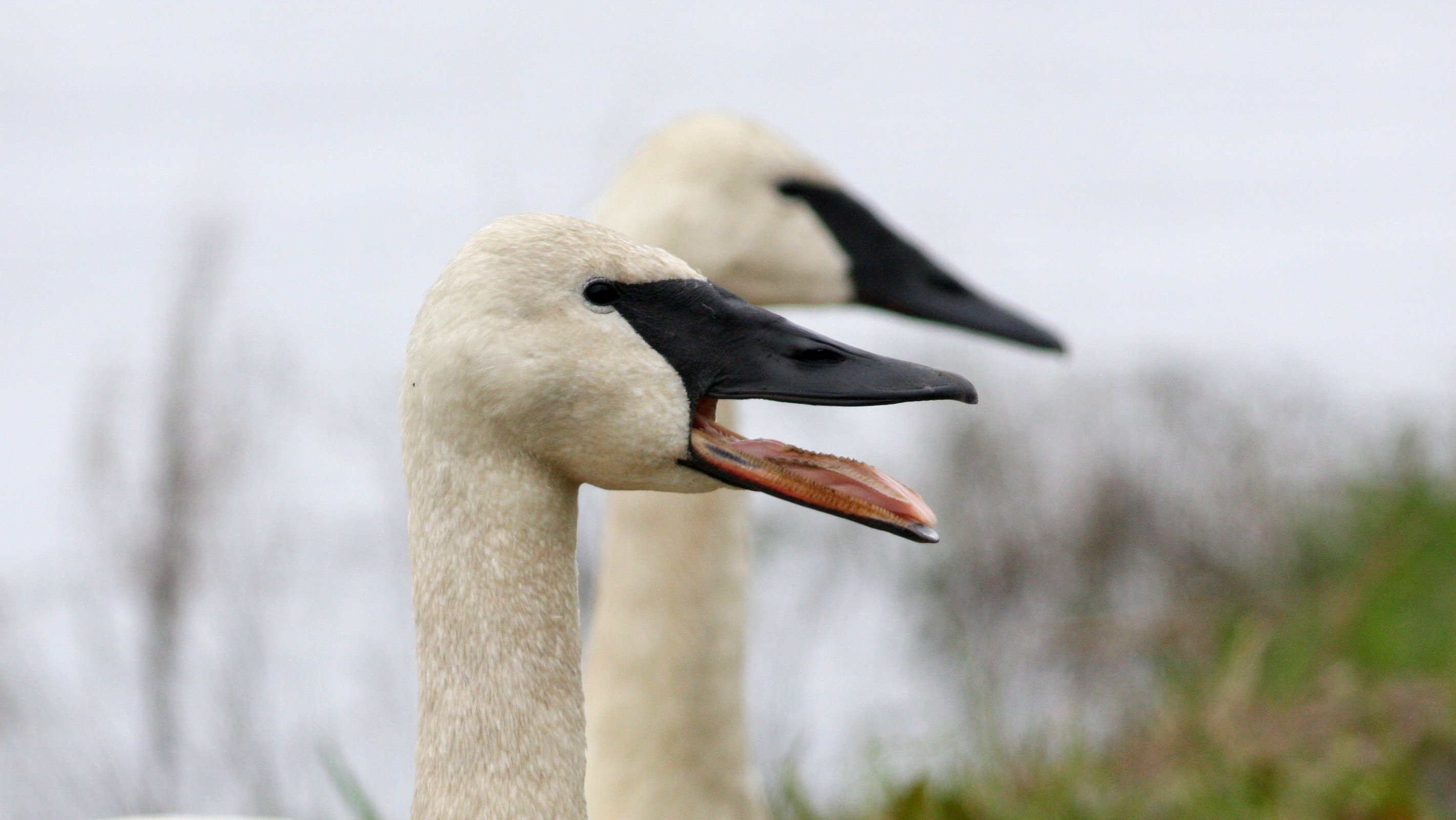