“Miracle on the Hudson” image by Greg L./Wikimedia Commons

“Any improvement on bird detection and bird warning would be welcomed.” So says Captain Chesley “Sully” Sullenberger, from the infamous “Miracle on the Hudson” flight, about strategies to make air travel safer. As you might recall, upon takeoff from LaGuardia Airport in New York in January 2009, Sullenberger’s plane collided with a flock of migratory Canada Geese and was forced to ditch in the Hudson River. (The only fatalities were to the geese.)

Sullenberger is just one of a number of aviation experts quoted in a new National Geographic article, “Bloody Skies: The Fight to Reduce Deadly Bird-Plane Collisions.” (Note: You’ll need to register for free to read it.) It’s penned by the same author of a recent New York Times op-ed on the same subject, which we previously mentioned here.

Among the points the National Geographic article makes are that culling birds near airports may do little to solve the problem of birdstrikes, and that radar systems which detect birds in airplanes’ flight paths might be a worthwhile alternative, although the U.S. Department of Agriculture and the Federal Aviation Administration argue that such systems aren’t yet ready for prime time. Until an effective strategy (or strategies) is adopted by the aviation community, Sullenberger warns, “What happened to us could happen again tomorrow.” 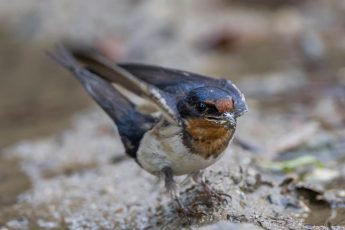 Where Are You Birding This Third Weekend of November 2011?