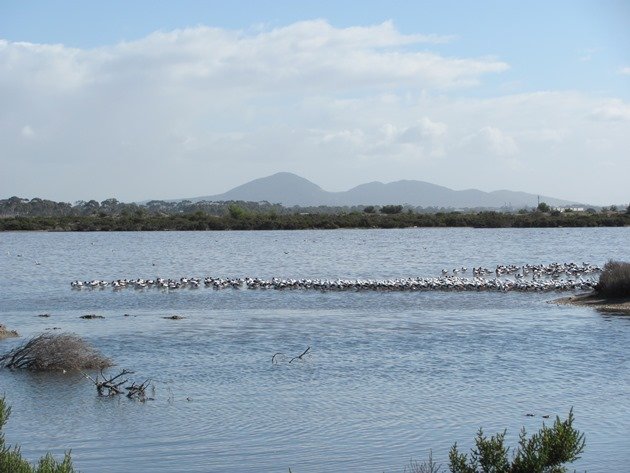 Over the many years that I have done voluntary work I have corresponded with many people regarding shorebirds and some of these people I have met in person. One such friend we have met only in Broome when he visited to help with some shorebird surveys. When he offered to show me the abundant Banded Stilt and Red-necked Avocet currently at Avalon Saltworks to the south-west of Melbourne I was eager to join him. It is easy enough to get a train from Southern Cross Station to Lara and only takes 40 minutes and offered birding opportunities en route. I observed my first Black-shouldered Kite for Victoria and then a Swamp Harrier, so it was good to be out in the open country. It was a bitterly cold day on Friday compared to what I am used to, so I wrapped up warm. He joked that he had never seen me in so many clothes, because in Broome you rarely need much more than shorts and a T-shirt. Actually, the last time I saw Banded Stilt was in Karratha and it was over 35c!

We were soon at the Avalon Saltworks with the You Yangs Regional Park as a backdrop and it is somewhere that I hope to visit with him another Friday. The hills in the photo above are part of the You Yangs Regional Park and the saltworks were busy with birds roosting and feeding. We moved forward slowly and my friend is substantially taller than me, so harder to be invisible, but the shorebirds are tolerant and we were soon sat watching all of the activity. The spectacle of so many Banded Stilt and Red-necked Avocet in one place is truly special and there was some disturbance from nearby, but the shorebirds soon landed back near us and we could continue to enjoy their company. Grant is deeply jealous of my outing, but hopefully one day as his work permits he may get a chance. He has actually visited the area without me on a work trip in 2009, so that does mean he knows exactly how great it is! If you are in the Melbourne area then it is definitely worth a trip to visit the Avalon Saltworks to enjoy these nomadic shorebirds! 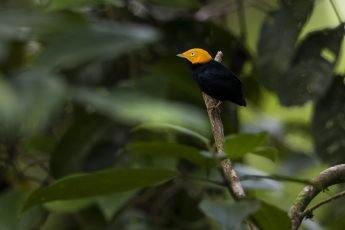