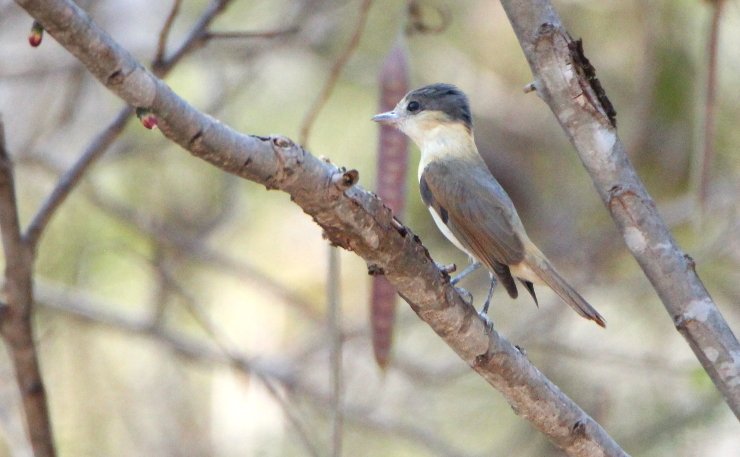 One of the reasons Mexico is such a great birding area is that, while it shares all sorts of bird groups with the United States and Canada, it also is home to some of the northernmost representatives of neotropical and genera that do not (or just barely) reach that far north, such as Woodcreepers, Tityras, and Trogons. Another of these neotropical groups is the genus Pachyramphus, the Becards.

Becards are birds with large heads and rather stout upper bodies. Their Latin genus name refers to their thick bills. Along with their habit of perching upright, like our Tyrant Flycatchers, they give an impression of being top-heavy. Most have dark crests, and most are sexually dimorphic (males and females look different).

Just one species of Becard spills across the border into the U.S., in the usual places for such spillover: the southern tip of Texas and the mountains of southeast Arizona and southwest New Mexico. This species, the Rose-throated Becard, is also a fairly common resident of the pine-oak forests of southwestern Mexico, where I live. It is among the Becards with males and females that look quite different from each other. Males are white below and have gray backs, with an almost black crown. The rose-colored area on their throats give them the rather gruesome Mexican common name of Degollado, which suggests their throat has been slit. 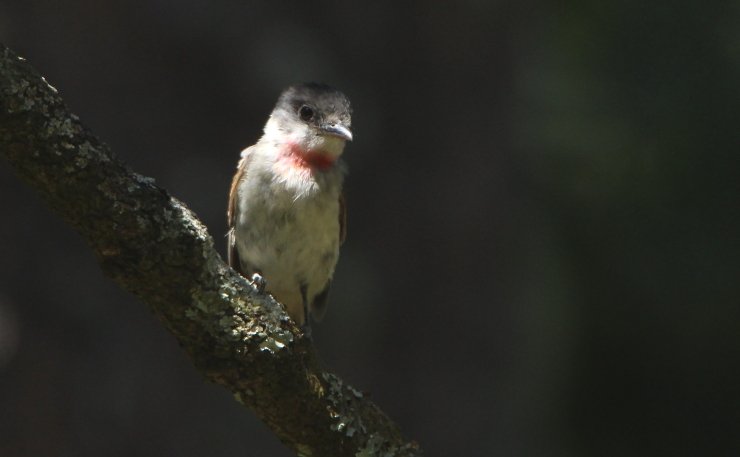 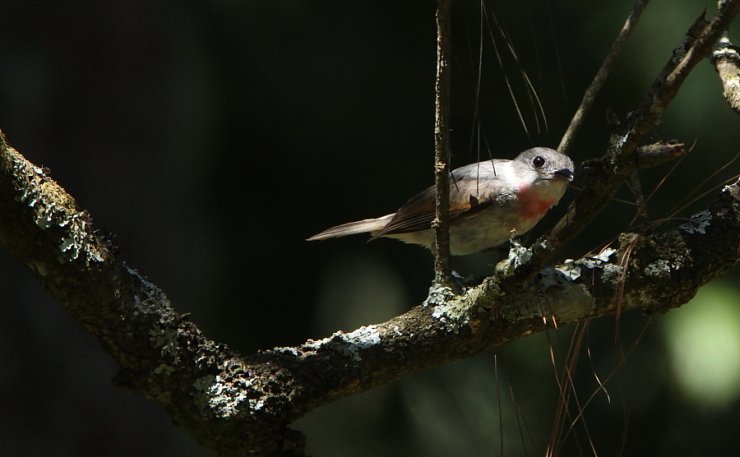 Like many of the Becards whose males wear tones of black, gray, and white, the female Rose-throated Becard shows off brownish tones. I think they are every bit as handsome as the males. 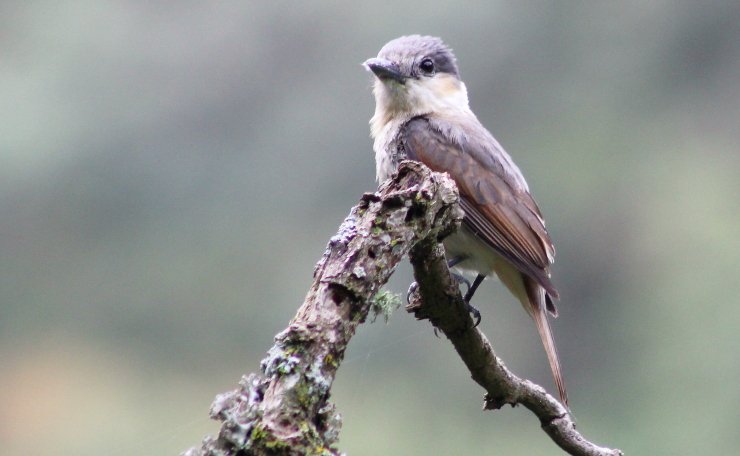 The Rose-throated Becard is also quite the generalist as to where it can be found. You may notice that most of my photos here are from something close to cloud forest. But the female in the header photo was standing proudly in a dry tropical thorn forest habitat. I don’t see this species all that often, but when I do, it could be almost anywhere.

Now, you didn’t really think I was writing about Becards because I thought you just had to know about this tropical genus, did you? Oh no; you should never underestimate my shallowness. I really just needed a way to boast about finally seeing western Mexico’s other, and much less seen, Becard species: the Gray-collared Becard. This is the one Becard that occurs only in Central America and Mexico.

It turns out that my efforts to find new unpopulated places to do my pandemic birding has led to more than one lifer this summer, and this is one I had long awaited. A lovely pair turned up last week, just south of the tiny town of San Miguel del Monte, which is in turn just south of my part of the city of Morelia. 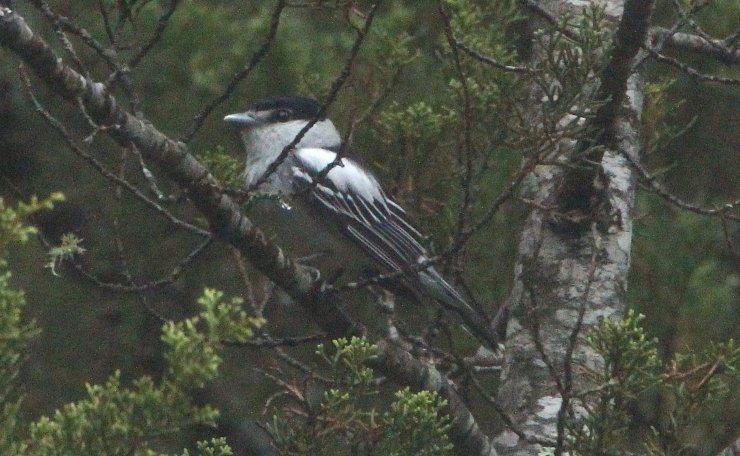 Species seen? Check! Great photos achieved? Not quite yet. 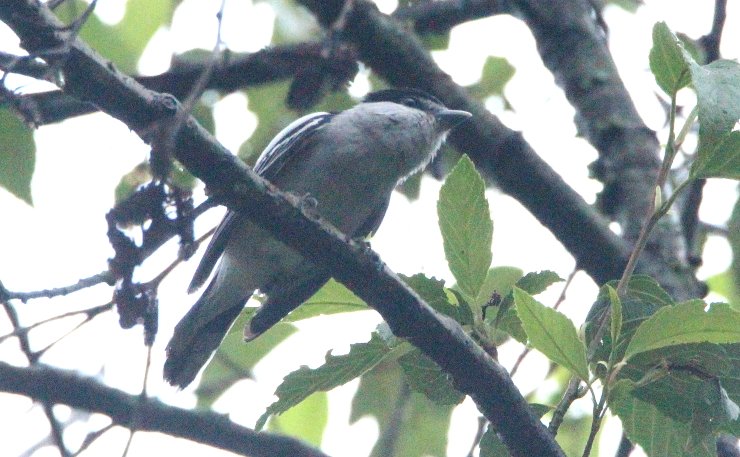 As with the Rose-throated Becard, the female Gray-collared Becard changes some of its black and white colors for shades of cinnamon and brown. Which is all you can get out of my best (if you can use that word here) photo of this female. 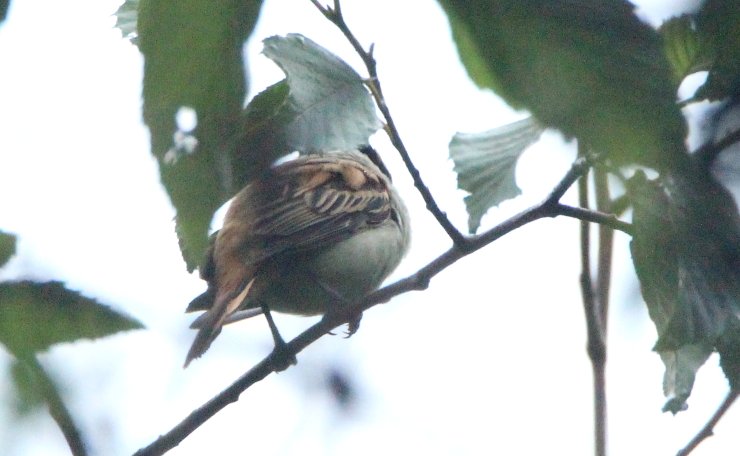 For now, I know most of our readers will not be able to fly south, or east, or west, to see their first Becard. So do the next best thing: Find a promising lonely place on the side of some random road, and see what turns up. Remember that, to see new things, you should go new places.