It’s been almost five years since the last time I blogged about a visit to midtown Manhattan’s Bryant Park. This pocket park is well known by New York City birders as a migrant trap and this fall has been no exception. What finally got me to lug my camera for a before work birding outing this morning was reports of a Prothonotary Warbler yesterday, a bird that was last reported in 2010 in Bryant Park and one which I never mind seeing. Sadly, the bird had flown the coop late yesterday afternoon so I had to content myself with less yellow birds. Despite the lack of a Golden Swamp Warbler I still had some cooperative photographic subjects and even added a new bird to my Bryant Park list!

As always during migration, Gray Catbirds were nearly ubiquitous in the park. And by ubiquitous, I mean I saw at least five. Catbirds seem very quick to adapt to the reality of foraging in busy Bryant Park, fearlessly approaching humans while foraging and often eating whatever is being fed to the House Sparrows and Rock Pigeons. This leads to opportunities for nice close photos. 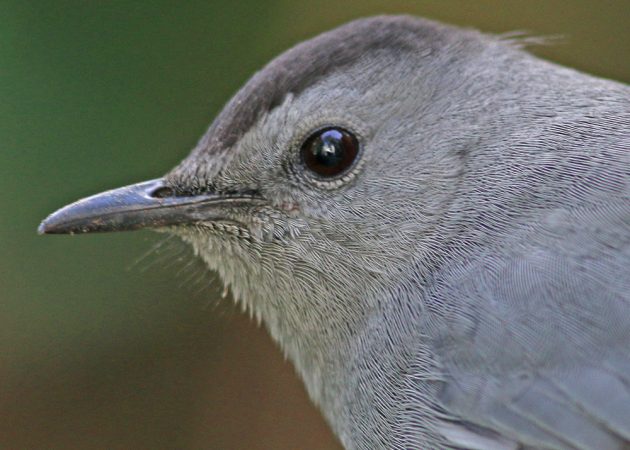 It’s hard to complain that you missed a warbler when you have a catbird willing to sit for a portrait.

I did see one species of wood-warbler that’s yellow: in fact I saw four Common Yellowthroats! This is another bird that you will find hard to miss in Bryant Park during a good migration day.

Common Yellowthroats might even be less fearless than catbirds.

As I scanned through flowerbed after flowerbed, hoping to find something fascinating, I was pleased to find my second mimid of the morning in the form of a Brown Thrasher. It thrashed away under some bushes but it refused to stop being skulky for long enough for me to get a decent photo. Instead, you get a tail. 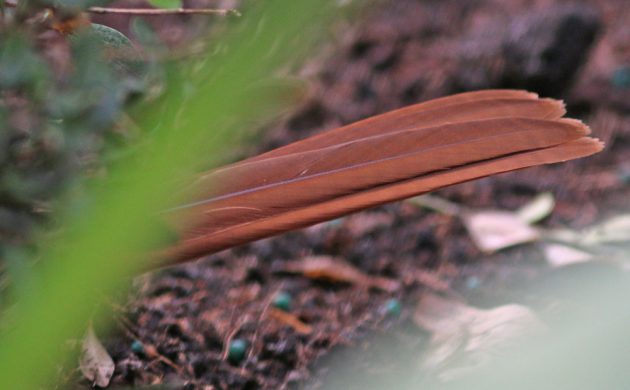 You’ll have to take my word that this tail was attached to a thrasher.

But my best bird of the morning was one that I was not expecting at all. It popped up out of a bush and perched up high for me to get a few shots before it disappeared. My sixtieth species for Bryant Park was a young White-crowned Sparrow, and it made my morning. 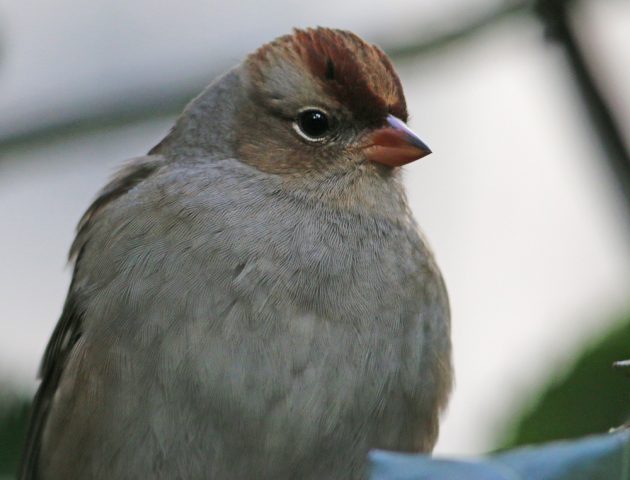 This is a dapper bird and not-so-common in Bryant Park.

And, just because they are always around and the park’s employees work so hard to provide a pretty setting for photos, I couldn’t resist taking some shots of a House Sparrow. 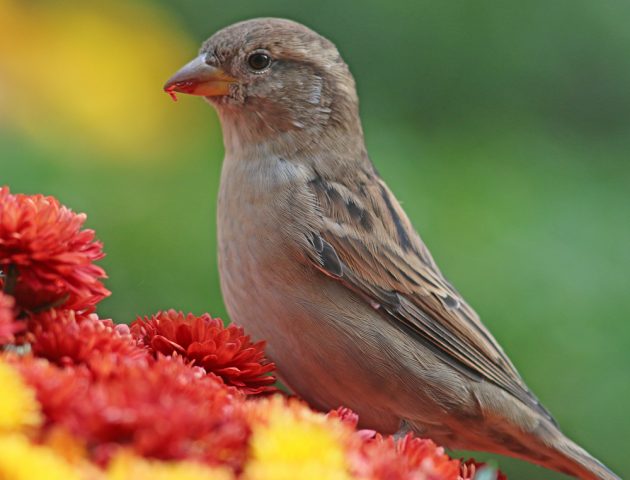 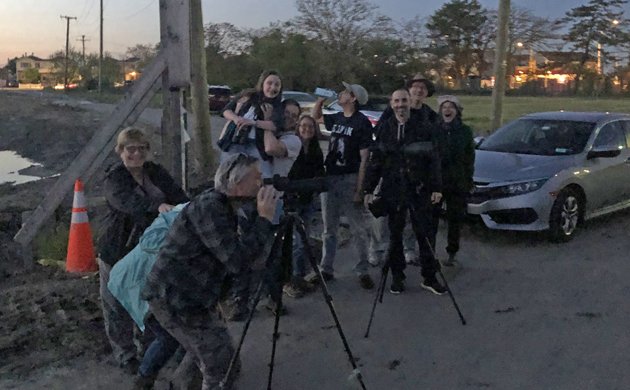 « Previous post
Bird Songs (but maybe not the kind you’re thinking): A review of “There Are Birds,” a music album, and an interview with songstress Stephanie Seymour
Next post »
Where Are You Birding This Second Weekend of October 2019?