Birding has come a long way since I was a nipper! Advances in optics, field guides, internet resources and now, apps, mean that there really is no excuse to be a horrible birder. Which is bad news for someone like me who still struggles with the fact that bats are mammals. But one of the most important aspects of these advances in new-age birding is the fact that they have grown hand-in-hand with the almost exponential growth in citizen science.

Although citizen science has been around for quite a while – one of the longest running citizen science projects is Audubon’s Christmas Bird Count that began in 1900 – it has really come to the fore only in the last few decades due to the ability of the internet to link millions around the globe. Citizen science is a term used for the systematic collection and analysis of data and the dissemination of such data by researchers on a primarily voluntary basis. Individuals or networks of volunteers, many of whom may have no formal scientific training, perform research-related tasks such as observation, measurement, or computation. Wow! You mean a ham-fisted birder like me can actually be a real scientist? You bet!

In reality, citizen science is a way for “real” scientists to cut corners and save on precious resources by taking advantage of the rest of us curious plebeians. And sometimes these real scientists even get their less intelligent counterparts to pay for it! Literally. Annually we dish out thousands of our own hard-earned dollars to participate in some long-standing citizen science projects. Clever buggers those real scientists. But that’s why they have important-sounding suffixes after their last names. Glossy Ibis often show up well outside their normal range and eBird is documenting these records.

Cornell University has been running a variety of excellent citizen science projects for many years now. Some of the more successful projects include Nestcams and Feederwatch. Kids and volunteers from around the world participate and are more than happy to be taken advantage of in the name of science. In fact, citizen science is probably the only way that you can take advantage of children without going to jail. But these citizen science projects are doing a great service to birding and we should be grateful for several reasons. Firstly – and most importantly – citizen science projects make us feel respected, valued and relevant by allowing us to contribute meaningfully to research. Secondly, important conservation legislation can be passed based on citizen science data and this allows the general public to contribute, not only to research, but also to the ability of future generations to enjoy the birds around us. And lastly, many new birders are introduced to our wonderful hobby through various citizen science projects at schools and youth groups around the globe. This is important because strength in numbers means that I will have an entire army of fellow birders to call upon next time someone calls me a freak.

One of the more recent citizen science projects being run at Cornell, in partnership with The National Audubon Society, is called eBird. eBird serves the dual function of being a global tool for birders whilst simultaneously providing critical data for science. eBird is fast-becoming one of the largest natural history databases in existence. Consider the fact that in January 2010 eBird participants logged more than 1.5 million bird observations in North America alone. The program allows birders to keep track of bird lists, record bird sightings, access distribution maps, learn from dynamic graphs and share sightings with each other. It is this last feature that I personally find the most exciting – the ability for me to find birds anywhere I travel in North America.

In partnership with the Cornell Lab of Ornithology, Audubon Guides has updated their app to North American Birds to include an awesome function called “Find Birds with eBird”. This is such a cool tool because it allows me to have all the latest sightings at my finger-tips. So whether I’m on extended vacation (every day besides Christmas) or on a short “business” trip I can literally find the very best locations around me for birds, including notable and rare sightings. Some of the other cool features include the ability to locate birding hotspots close to any location – undiscovered gems like water treatment plants! The app is a great tool to teach your kids about birding and to make an adventure of it at the same time – kinda like geocaching except with live objects.

So remember to use this app for the upcoming Christmas Bird Count and contribute that little bit extra to citizen science! 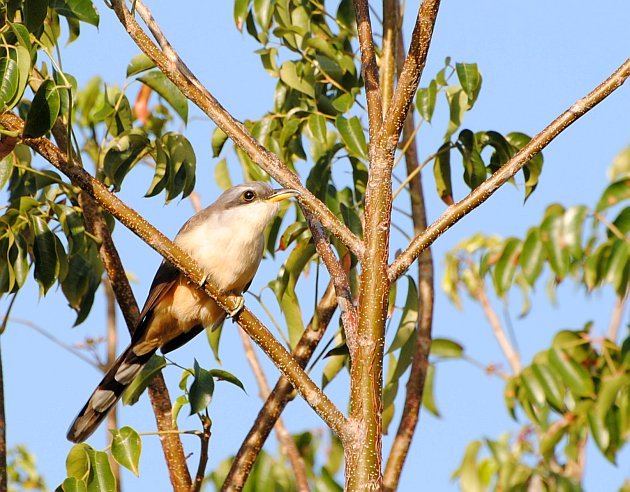 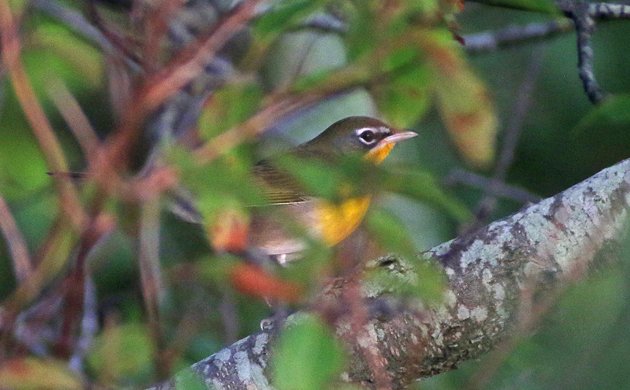 Best Bird of the Weekend (Fourth of December 2012)