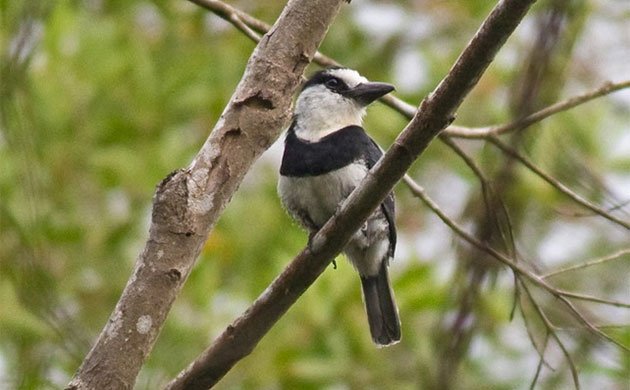 Birding in the Amazon Rainforest has its pros and cons. The lure of an staggering number of species at a particular location is a draw for many people. However, rainforest birds live in specific microhabitats and are often much easier to hear than to see in the dense multilayered rainforest. In fact, the number of “heard only” annotations next to a species names is more frequent in bird list resulting from rainforest birding than birding in any other habitat type.

This last December, I had the chance to bird the rainforest of Southeastern Peru, as part of the second International Birding Rally in Southeastern Peru. I have birded, worked and studied rainforest birds for years, but this time it was competitive birding; there wasn’t time to stop and try to see every bird we chanced upon. This Birding Rally’s competitors were companies that specialize in birding and nature tours. These included Sunbird (United Kingdom), Birding Ecotours (South Africa), Aviatur (Colombia), and two teams from the USA; FieldGuides and Surbound Expeditions. Our team was composed of Adam Kent, Tim Towles, a local guide, and myself. Adam and Tim are experienced Florida birders with varying degrees of experience when birding the Tropical Rainforests. Many of these birds were lifers for them. It was somewhat painful to have to leave the scene of a singing bird that we could have seen with a little extra work, but we had to cover as many different microhabitats as possible; and the only way to do this is to continue moving.

One such microhabitat in the Lowland Rainforest is the forest canopy, and it is one of the highlights of birding there. There are many species that live only up there, and never venture to the lower strata of the forest. Generally, the majority of the canopy dwelling birds are listed as a “heard only”. But at the grounds of Inkaterra’s Reserva Amazonica Lodge, one of the event’s sponsors, there is an amazing system of walkways and canopy towers that afford a chance to actually see these birds at eye level! Birding from one of the walkways, Photo: Birding Rally Challenge

Observation towers and canopy walkways were initially built to help study the plant and animal life in the forest canopy, which is impossible to study from the forest floor. It was obvious that not only scientists found this attractive; canopy exploration has become popular among ecotourists wishing to experience the forest canopy. For birders, observation towers add a whole new dimension to a birding experience in the Tropical Rainforest. Parrots, macaws, parakeets, toucans, aracaries, cotingas, most tanagers jacamars and hummingbirds are largely restricted to the forest canopy. These are the most iconic of all rainforest birds; they are the colorful birds that often make it to brochures and magazine covers. Most everyone wants a chance to see a flock of paradise tanagers, macaws flying through at almost eyelevel or a male spangled continga perched on a tree top. That is me getting to one of the several platforms along the canopy walkway, Photo: Adam Kent

Spending time exploring the forest canopy was an essential part of our goal, which was covering every possible microhabitat. While some canopy dwelling birds are vocal and can be counted by sound from the ground, most tanagers and cotingas only make chip notes and faint chatter calls that are barely heard from the forest floor.

Antbirds, flycatchers and ovenbirds (Furnaridds) are the largest groups of Tropical Rainforest birds, but they don’t occur evenly along the altitudinal length of the forest. Most species of antbirds live on the ground and understory, flycatcher in the top and middle levels, and Funariids largely in the middle strata. Because not all rainforest birds sing throughout the day, climbing to the canopy walkway and towers also meant an opportunity to see many birds that only sing once in the morning and forage quietly during the rest of the day. Inkaterra’s canopy walkway was built in partnership with the World Bank and National Geographic. This is considered one of the safest canopy walkways and consists of a system of two tall towers and seven hanging bridges, woven through the crowns of the tallest trees. One can literally walk through the treetops for more than ¼ mile, suspended 103 feet above the ground.
With all this towers connected by walkways, one can explore a considerable area of the canopy and even intersect or anticipate canopy foraging flocks moving on the direction of one of the towers. Our time on the towers and walkways was rewarded by a number of great views of a Bare-necked Fruitcrow collecting nesting material, a flock of Curl-crested Aracaries, a mixed tanager flock that included gaudy Paradise, Green and Gold and Magpie Tanagers, and a pair of Red-stained Woodpeckers, a male White-necked Jacobin among other species. Other solitary birds included an obliging White-necked Puffbird, a Greater Yellow-headed Vulture sunning itself on a treetop nearby, and the highly sought after Black-faced Cotinga that we had only heard up to that point. After a debate on the identification of Amazonian swifts with three extremely similar possibilities, we moved on to other habitats. As for the Birding Rally, our team lead the way for most of the competition, but eventually came in second place with only two species behind the eventual winner; the FieldGuides Team.

We are greatly indebted to the event sponsor Peru’s Board of Tourism and Inkaterra Association. The main idea in organizing these events is to highlight Peru as a prime birding and nature travel destination. Other ideas still in the testing process include using these events as a mechanism to spearhead a Migratory Bird Conservation Alliance along the Pacific Ocean migratory route. 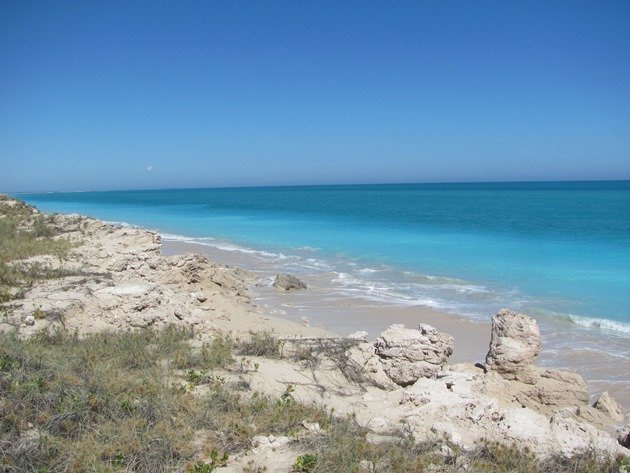