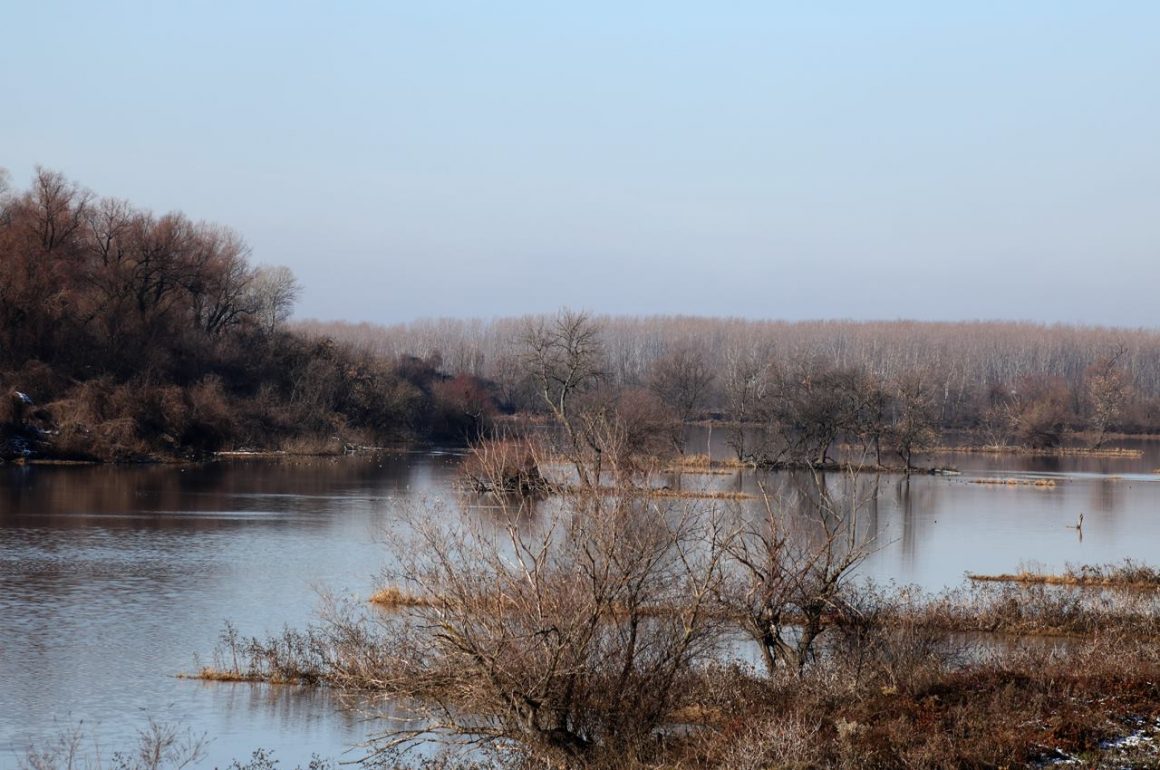 If you are old enough, you will remember birding without a phone? Not too long ago, it was the norm. Then I started to carry a phone just in case my car stopped or something. Later I carried it because of a stash of bird songs I compiled in it. And now I carry it for the same reason, only now they are a part of the bird ID app.

Yesterday, I carefully packed my scope and binoculars and left home, only to realise, still in a car park, that I had forgotten the bloody phone and my notebook. Okay for the second, I had another, smaller notebook in my rucksack, but the phone? Oh, who’d go back home now? Not me. Anyway, I don’t even have an app for the European birds at the moment, but for the Birds of Southern Africa. And I am in the southeast of Europe.

I went to my local patch, Beljarica, birding the levee encircling the 9 km2 / 3.5 mi2 of the Danube backwaters in Belgrade, Serbia. Leaving the phone behind, I gave up on any possibility of digiscoping. And you know how rain never falls when you carry an umbrella? It’s similar with birds: good birds never come if you have a way of documenting them.

It began with a Common Kestrel on its usual wire, plus several wintering Common Buzzards, followed by numerous Great White Egrets and Pygmy Cormorants. The weather was opposite of warm (some 7 C / 45 F), water levels were high (no shallows left for waders), it was an overcast day with no wind – for some reason I find such conditions tranquil and calming.

A Green Sandpiper calls, then flies close to where I am standing. A bulge in a tree fork behind, likely a broken branch… no, it’s a Black Woodpecker. They are quite frequent, but usually you see them in flight, or at a distance. This one was close and posing for long, allowing for great views.

A strange duck, let’s see… an eclipse male Red-crested Pochard! I have never seen it in overgrown ponds of the backwaters, only on the open water, and even that not too often. This was the last of the local ducks that I managed to find (it took me years of birding), and ever since I have seen it only once in every 2-3 years. A White-tailed Eagle is calling somewhere from the forest. Nearby are four very dark brown ducks… Tufted Duck females! It is unusual to find them here, as diving ducks, they tend to prefer overwintering in deeper, open waters.

A Common Stonechat is next… What is this insect-eater doing here in late November? Odd indeed, though I have found them even later, in mid-January. A female is hopping through half-metre to metre high herbaceous vegetation by the water’s edge, but the male was posing on top of it. And a strange male it was. It differed from the typical Stonechat S. rubicola to which I am accustomed, it was more the colour of dry grass, its cheeks and throat black but the cap visibly striped on a brown base (so it does not form a whole with face), white panels on the secondaries visible but small, the mantle striped but deviating in colour from the rubicola… Could it be..?

But, behind my Stonechat, there’s a black shape in the poplars on the other bank of the pond. Judging by Google Earth, some 250 m / 800 ft away, there’s a Greater Spotted Eagle, dark adult that appears like a black hole, like an object pulling and eating all the light, itself appearing as dark as can be. This is an uncommon species here – only about a dozen birds overwinter in the country annually. Out of my total of 15 observations ever, this is only the third within Serbia (the rest were half in India, the other half in Greece). However uncommon, it is a familiar sight, so I reach for a flask of apple brandy (calvados) for a celebratory swig.

Driving back in a thickening sunset, I spotted a small slaty-grey raptor in low flight, two feet above ground quickly disappearing from sight behind a pile of manure. My first thought was “Merlin”, but then I asked myself: Upon which criteria did you exclude the Eurasian Sparrowhawk? It was a split-second observation and I had no answer. Hence, it remains just a small raptor.

Once at home, I am going through the field guides. A Common Stonechat or was it the Eastern (Siberian) StonechatS. maurus? Well, this would be a fitting season for the second, then, this was the strangest Stonechat I ever saw (those birds in January already were in breeding plumage), and it’s either a 1st winter Common male or the Siberian Stonechat. And to make matters worse, “Collins Bird Guide” by Svensson et al. (published in the US as “Birds of Europe”), shows only a male in breeding plumage.

So I reached for the “Birds of Cyprus” by Richardson and Porter which shows the Siberian in winter plumage. Now, that fits the bird I saw, but soon I will realise another issue: in Serbia, this species was recorded only once! Yes, it is expected on migration, but to be accepted, a good quality photo-proof would be a necessity. And I forgot the phone – but I think my ID is correct. Yet, no one can comment on it nor confirm it. My mind is in an overdrive! What if I was wrong?

In the end, I believe it could have been be the Siberian Saxicola maurus, but I’ll stay with rubicola for two reasons: its collar wasn’t exceptionally broad and I haven’t seen the rump.

I don’t think I’ll forget the phone next time.

Migration Comes to Me

« Previous post
‘Tis the Season: Notable Bird Books (and Booze and Binoculars) of 2020
Next post »
The Numbers Game