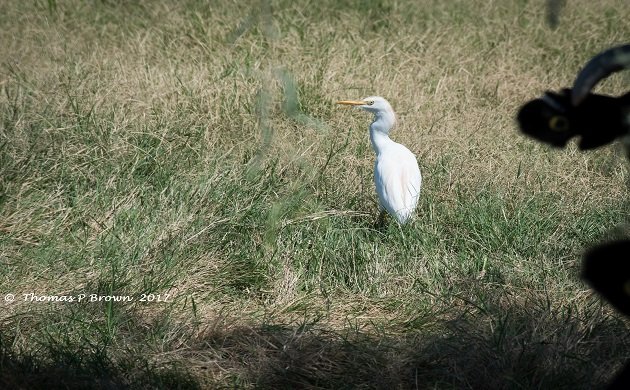 Despite the still sweltering heat of the Southern Baja Desert, that beautiful time of year has arrived! Lots of the migrant birds are starting to return to Mexico. Some in great numbers, some, just a single bird or two. I counted over 600 Western Sandpipers out on the tidal flats last Sunday, and on the same day, got a visit to my hide from a very cute little Orange-crowned Warbler. None of these birds are rarities, and would never be considered a species to get all twitter-pated about. I mean not like Corey’s Jabiru, for gosh sakes! None the less, fresh new birds to photograph is always a great thing for me!

I was a little surprised to see the large number of Great Egrets, well over 150 birds in four flocks that flew over the tidal flats. There were a few Snowy Egrets mixed in but still, a surprising number of Greater’s in one area like that.

Later in the morning, I made the short trip across the highway to have a quick visit to the local Agua Negra, or sewer ponds as you might know them as. Again, there were lots of new birds here, and I was not even surprised to have a large group of white herons fly right over my head. The real shock came, when at the last minute, I realized that they were not Greater Egrets, nor the smaller Snowy Egrets, but Cattle Egrets – Bubulcus ibis. With one chance to fire off a quick shot, my camera fixed with the 500MM lens, thru the trees over my head, I was rewarded with a blurry, terrible shot, of Cattle Egrets! 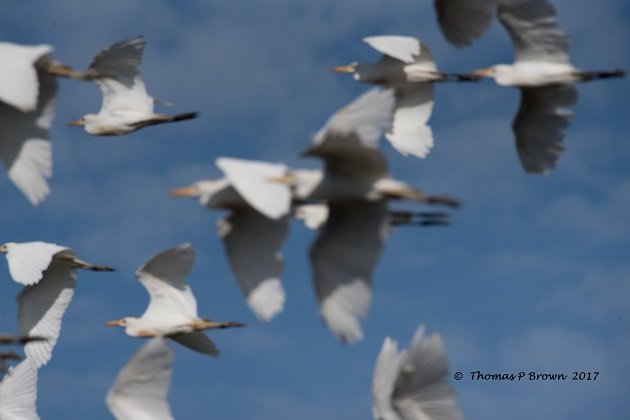 This is another one of those rather common birds, seen all across the southern USA, but not only had I never seen one, I had not even heard of them being here on the Baja. I went tearing thru the trees, out to the road, and running like a mad man, looking to see where they went. There they were, out in the middle of a very large field, hanging out with, if you can imagine, a bunch of cattle. 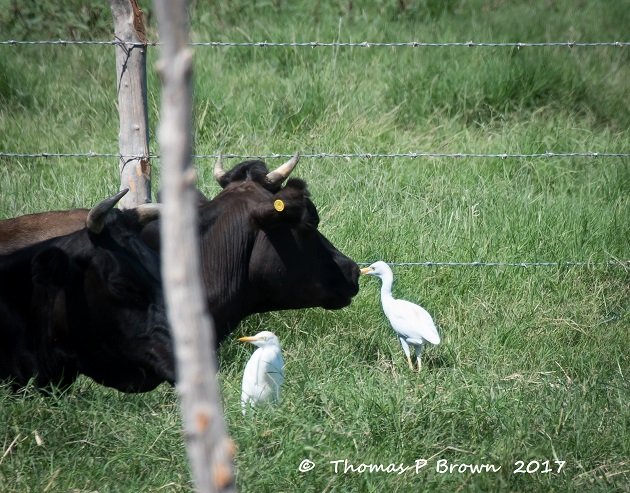 I kept thinking about them all day Monday at work, and when Tuesday morning rolled around, and I just couldn’t help it. I told the boss, I had to go out for a bit. Now, of course my lovely wife was not fooled for a minute, especially when she saw me loading up the tripod, and camera. Just an hour or so, I told her,  I have to make sure the Cattle Egrets don’t move on before I get a chance to shoot them. She smiled, said have fun, and make sure to stop at Home Depot to get some paint while you are out there.

I was there for 45 minutes, and below are what I was able to come up with. 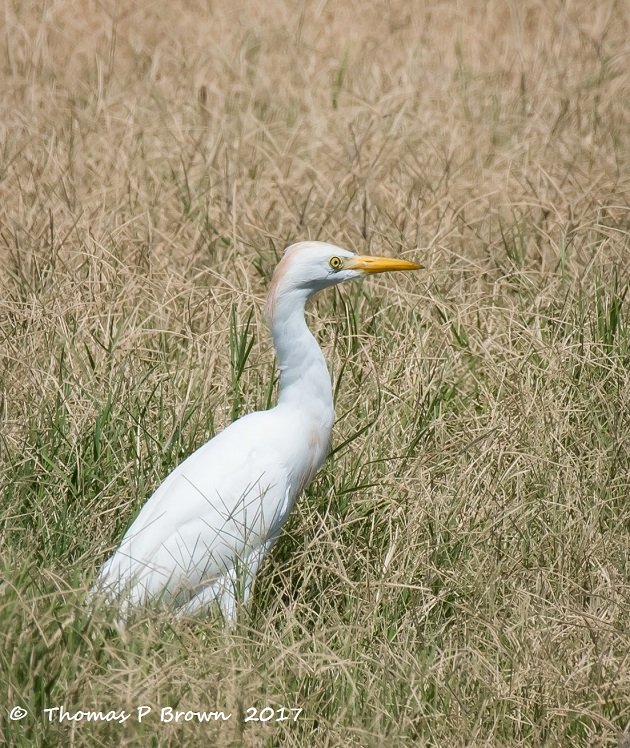 I got to watch a bit of a game like “King Of The Hill” played out on a fence post. First of all, the egret had to get up on the fence post. Its not as easy as it looks. 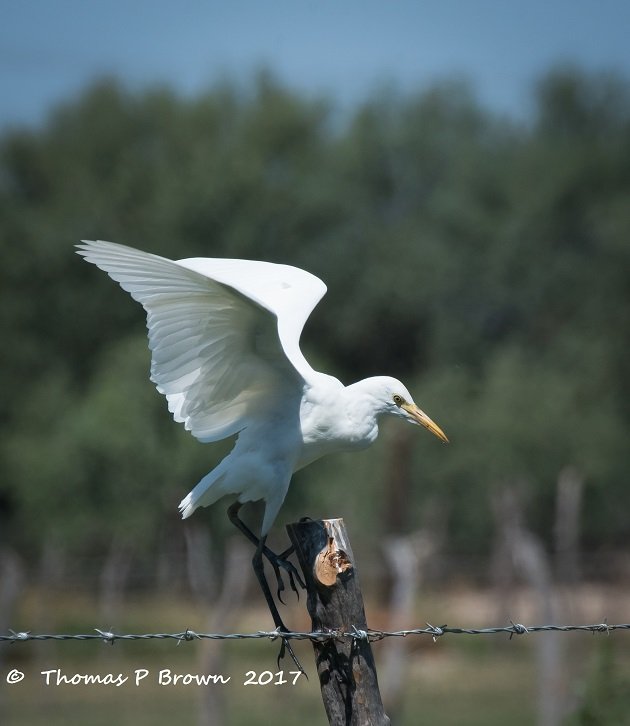 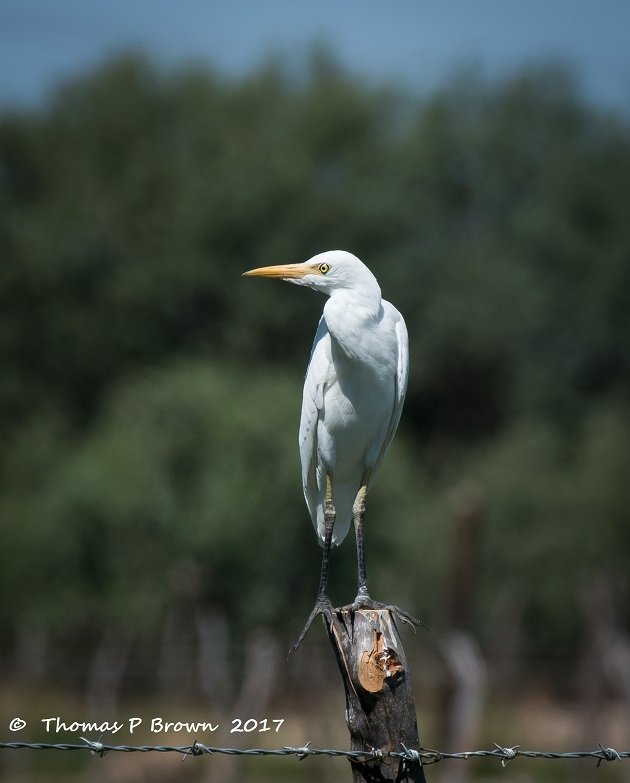 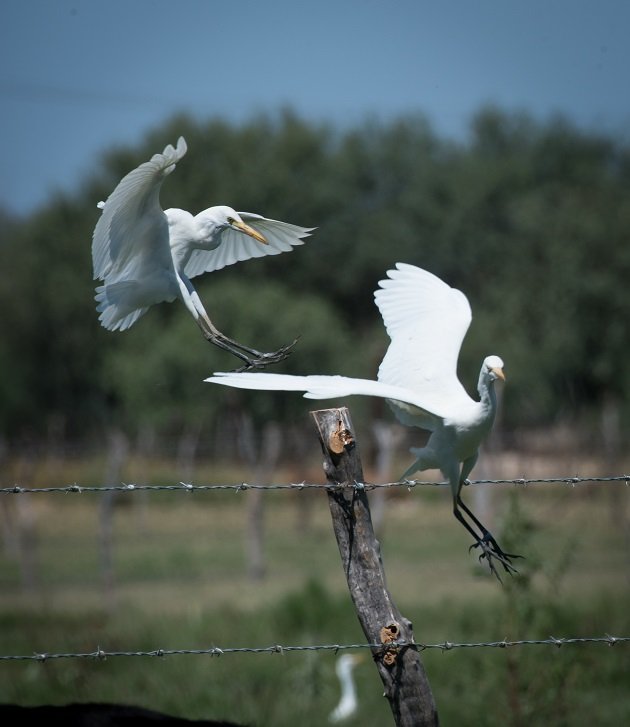 Ok, now I am on top, and none of you can do anything about it! 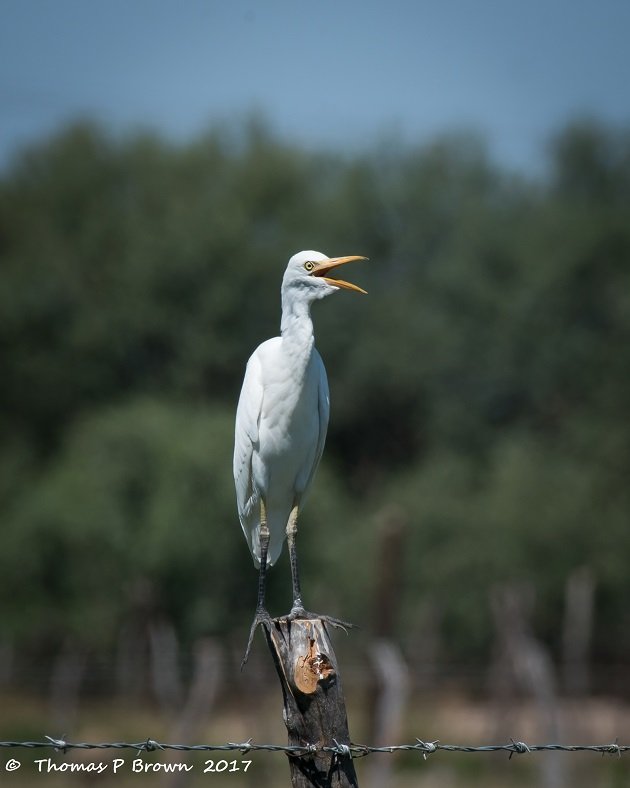 Ah, never mind. I am going go back and hang with the cows! 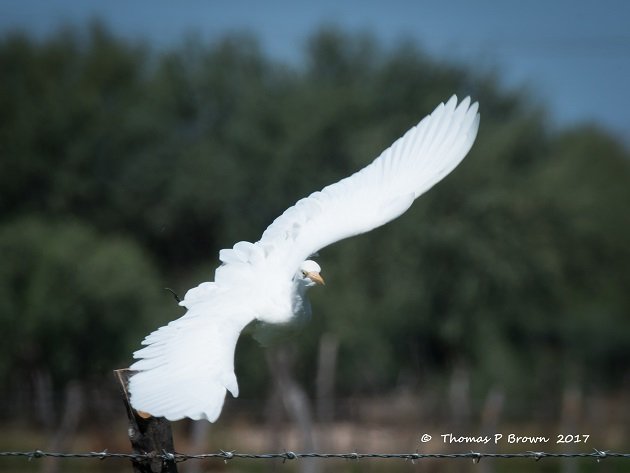 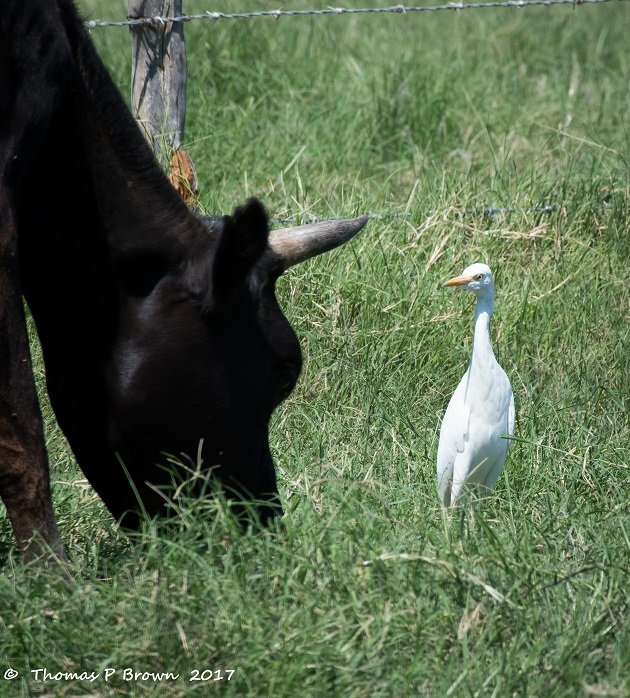